Alan Thatcher November 13, 2014 No Comments on Howe Cup turns into the Wow Cup for party weekend with a WSA boost

With players aged from 15-75, the Howe Cup is possibly the biggest women’s tournament in the world 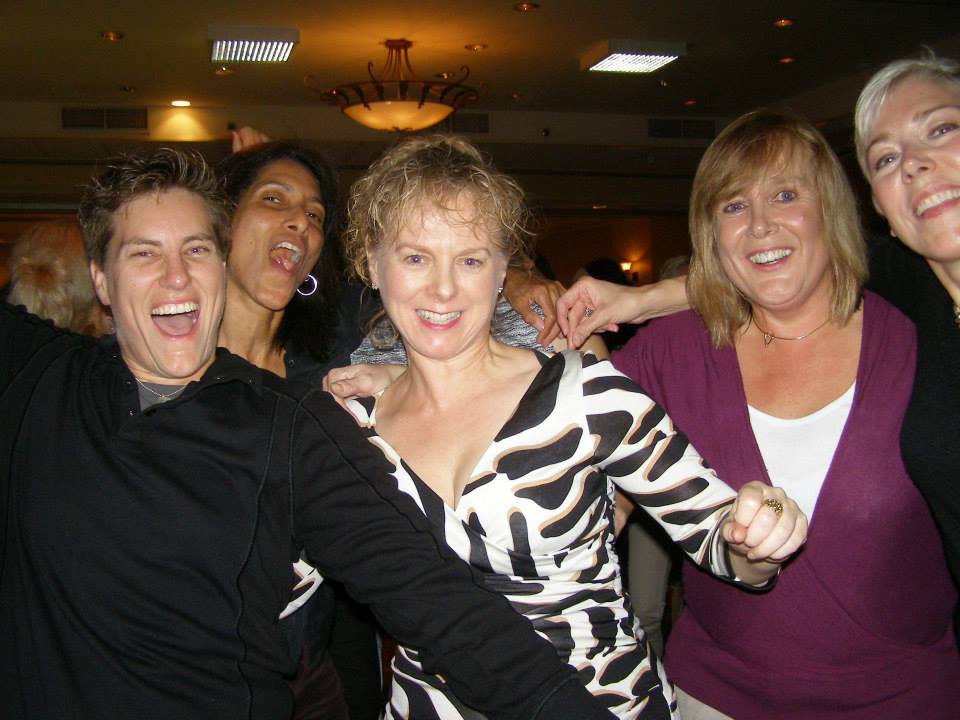 Happiness is … Saturday night at the Howe Cup

Just imagine the scene. Playing squash all weekend with your friends, you are surrounded by hundreds of women in wet T-shirts, and you party hard all night long. Welcome to the Howe Cup, possibly the largest women’s squash tournament in the world.

Kim Clearkin, the US Squash Women’s Chair and Head Pro at the Bay Club in San Francisco, is Tournament Director. 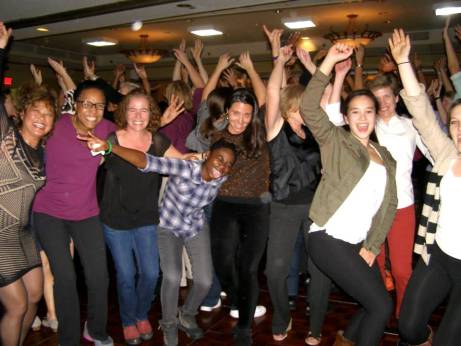 Party night at the Howe Cup

She says: “We have 170 women playing in 31 teams (singles) and 21 Doubles teams competing this weekend. I would say that may be possibly the biggest womens event in the world, although maybe the World Masters beats it. I would love to know. The age range stretches from 15-75, and we are all looking forward to a great weekend.”

The Howe Cup, the United States’ largest squash event for women, has a long history. The annual women’s five-person team tournament first began in 1928 as an inter-city competition between New York, Philadelphia, and Boston; this year teams from as far away as Canada, Seattle and San Francisco, with a total of 170 players, are traveling to Virginia to compete. 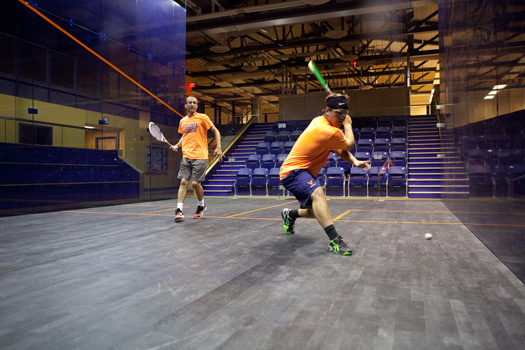 The U.S. Women’s Howe Cup Team Championships brings women of all ages and skill levels from across the country together for a fun, inclusive weekend of squash, and what better way to celebrate women in sports, but then to showcase a professional women’s tournament at the same time.
“It is an honor and we are pleased to host this year’s Howe Cup at the McArthur Squash Center,” said James Neiderer, Club Manager, Boar’s Head Sports Club.
“Coupling professional play via the WSA tournament compliments the Howe Club event; it will bring great energy and enjoyment for the Howe Club team participants and our local squash enthusiasts.”

The Boars Head Sports Club Open, a 10K WSA Tour event, in its first annual year, features a 16-player draw and four qualifiers, with top seed England’s Emily Whitlock, world No. 32, poised to face second seed, American Olivia Blatchford, world No. 42, in the final.
Blatchford will face an as of yet undetermined qualifier. Six other Americans join Blatchford, including Sabrina Sobhy, world No. 53 and future-Harvard student.
“Holding our men’s PSA event alongside two amateur tournaments has proved to be a winning plan, so we have decided to emulate this formula with women’s squash,” said Mark Allen, Director of Squash, referencing an earlier “Festival of Squash” held in September for the second time.
“Our $10,000 WSA event will bring several of tomorrow’s stars – young ladies who are likely to rise to the very top of the world rankings over the next 3 to 5 years– to Boar’s Head Sports Club. And, competing alongside them in the Howe Cup will be more than 200 amateur female squash players from all over the United States – it promises to be great event for women’s squash,” Allen continued.
In their second career-match-up, Sobhy faces Argentina’s Nayelly Hernandez, world No. 113, in the first round. Cecelia Cortes, the third American in the main draw and seeded fourth, will also face a qualifier in her first round match.
“We are delighted to have the Boar’s Head Sports Club Open as a new event on the WSA calendar this year. It is a fantastic venue that has already played host to a world class PSA event and the US Nationals Championships,” replied Tommy Berden, President of the Women’s Squash Association.
“It is rare to find a club with a permanent all glass court with viewing and we think this will be a perfect place to showcase some great WSA matches.
“The local Charlottesville fans will have the opportunity to watch some of the up and coming stars of the tour in action, featuring players from 10 different nations. We hope this is the first of many successful events and that it can continue to grow.”
Professional squash players will compete alongside competitors in the A-D divisions of the Howe Cup, at the Boars Head Sports Club complex, in a weekend completely full of women in squash.
Read the Squeaky Feet Blog