Interactive Squash gets in the picture with top award

Guest Contributor December 19, 2016 No Comments on Interactive Squash gets in the picture with top award 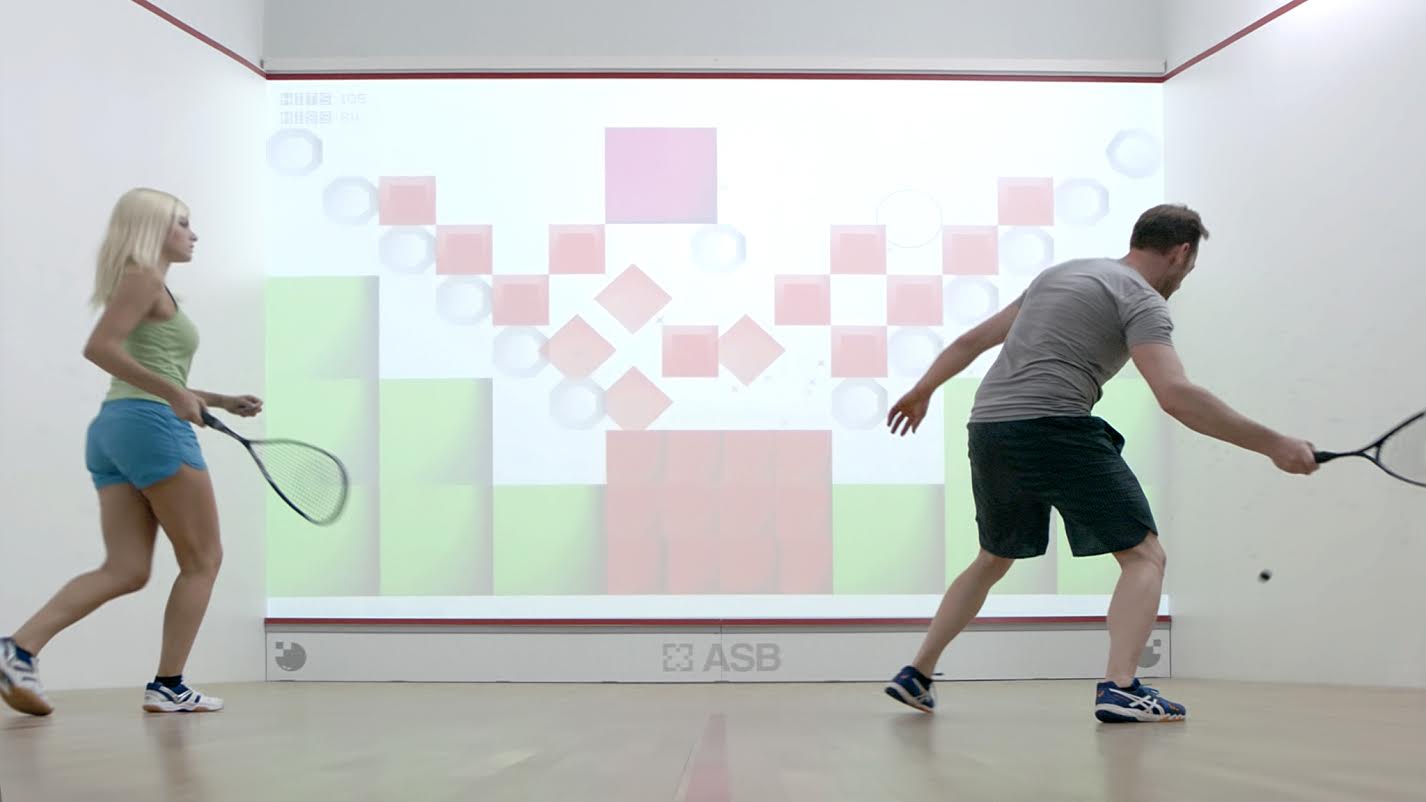 The front wall has a variety of colours and games

Fun With Balls GmbH, the company behind Interactive Squash, a German-based initiative hoping to transform the sport of squash by embracing a revolutionary piece of projection technology and turn squash courts into interactive playgrounds, have claimed top honours at the ISPO BRANDNEW 2017 awards.

Interactive Squash won the best new product award in the fitness category section at the awards, which recognises newcomers to the sports industry for their ingenuity and innovation and has honoured companies such as GoPro, Naish Kites, Maloja, On and Nixon in the past.

Using a modified tin, motion sensors and an overhead projector, housed in the ceiling and projecting imagery onto the front wall, Interactive Squash turns the front wall into an artist’s canvas, allowing players to choose from a variety of games in order to hone their skills, improve conditioning or compete in an interactive leaderboard, turning target practice into a rewarding immersive experience where the addictive gameplay elements means that the focus is on the fun and not the burn.

“We are thrilled that interactiveSquash has received the recognition it rightly deserves,” said Markos Kern, CEO of Fun With Balls GmbH.

“This achievement reflects our dedication to bringing ingenuity and excitement to squash and fitness. We started the company less than a year ago with the vision of revolutionising a sport. Receiving the ISPO BRANDNEW award stands as testament to the fact that we are on the path towards doing precisely that.

“Our mission from the outset has been to promote squash more and raise participation by making the sport more visible and appealing. I certainly feel that this award sets a precedent for squash’s future.”