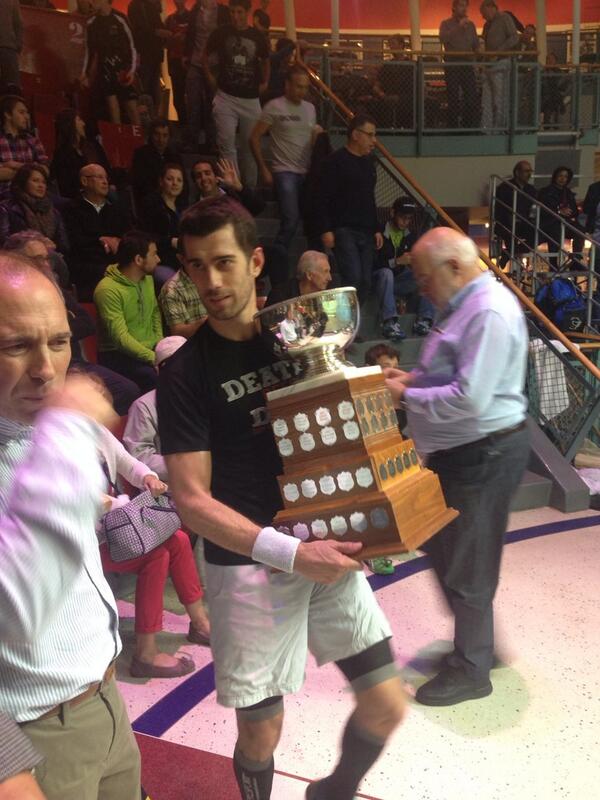 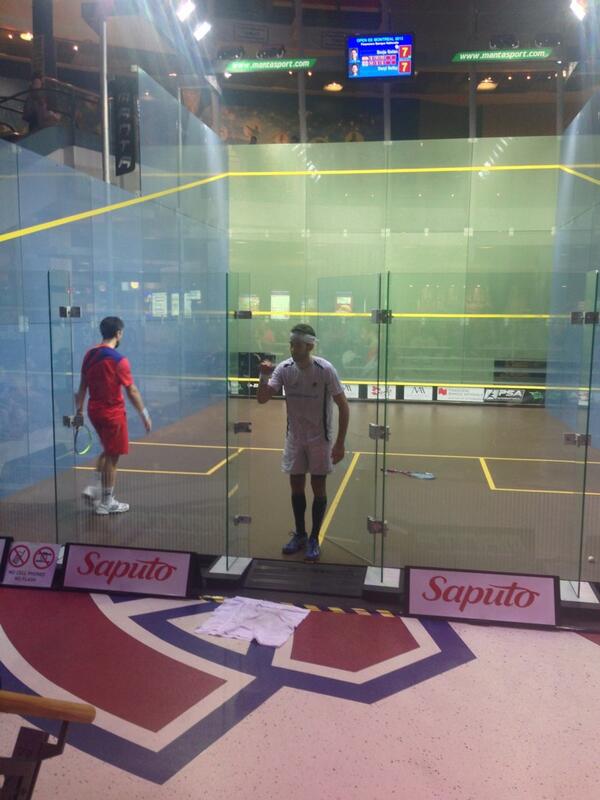 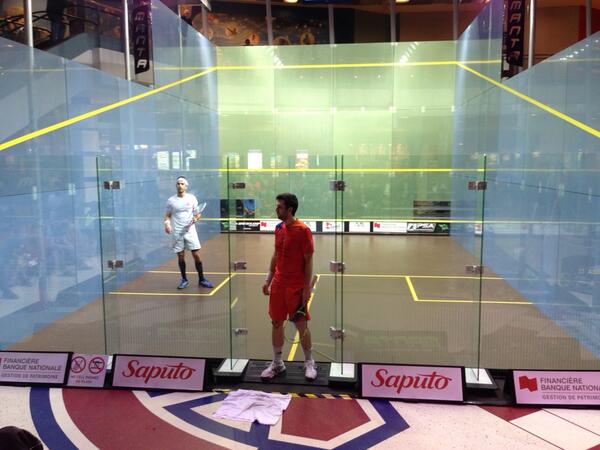 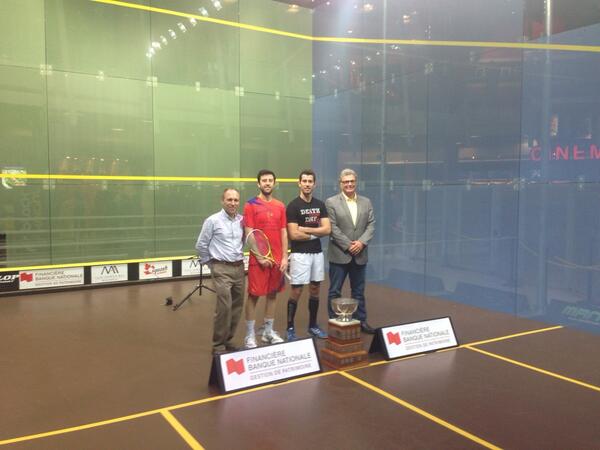 Selby took the opening game 11-9 in a gruelling 27 minutes but the 30-year-old Spaniard came roaring back taking the second game 11-3 inside seven minutes. The third was again dominated by Golan who surrendered just two points.

Game four was full of fireworks and contention. Selby got off to a flier bagging the opening three points but they were quickly tied at 6-6 , 9-9 and 10-10. It took 38 punishing minutes for the game to be decided with Selby squeaking home 14-12.

Golan came out for the fifth looking energised and determined. He opened up a swift 6-1 lead and eventually took the decider 11-5.

Top seeds Borja Golan and Daryl Selby meet in the final of the FBN Montreal Open after both came through tough semi-finals in  Canada last night.

Essex man Selby came through a gruelling  five-game quarter-final on Friday and was again stretched in the semis by unseeded compatriot Adrian Waller.

A confident performance by the world No14 saw Selby (pictured below with Waller) take the first two games.

“Down 0-2  and with nothing to lose, Waller goes for broke and starts aiming for the nick,” explained tournament spokesman Radu Neacsu. “It works! Numerous winners later Waller is up 8-4. Selby digs in and starts to mount a comeback with incredible retrieving. But Waller keeps his focus and closes out the game 11-8.”

“Onwards to the final of @mtlsquashopen against @golansquash who played very well today. Gonna be tough but will give it everything I have..”

Spaniard Borja Golan admitted that he had to play his best squash to see off Saurav Ghosal, the third seed from India, in the other semi.

Ghosal tweeted: “Lost 3/0 to Golan today. He was very good and I wasn’t at my best. Will have to learn from this and come back stronger! Disappointed”

England’s second seed Daryl Selby (above)  was taken the full distance by unseeded Frenchman Mathieu Castagnet before surviving a 98-minute quarter-final marathon in the FBN Montreal Open in Canada.

“Sometimes squash is just about pure grit and determination,” the 30-year-old from Essex told his Twitter followers later. “Proud of myself for digging very deep to beat Mathieu from 2-0 down.”

Channel Islander Simpson is playing in his first event since celebrating a career-high world No21 ranking this month.

The other semi-final will be the match predicted by the draw – between Spanish favourite Borja Golan and India’s No3 seed Saurav Ghosal.

Golan, the world No9 from Santiago de Compostela, also prevailed in a marathon battle – a four-game encounter which lasted 102 minutes, but included a 23-minute injury break.

Ghosal, the highest-ranked Indian of all-time who celebrated a best-ever world number 17 this month, was also taken to four games by Omar Abdel Aziz – but overcame his 30-year-old Egyptian opponent in less than an hour, winning 11-3, 11-4, 2-11, 11-4.

“Happy to win my match 3-1 today,” tweeted the 27-year-old from Kolkata later. “Aziz played some good stuff but thankfully my squash was better than yesterday!”

“Very happy to win 3-0 tonight over Frenchie Gregoire Marche, especially when he saved 3 match balls to force a tie-break in the 3rd,” the fourth seed told his Twitter followers. 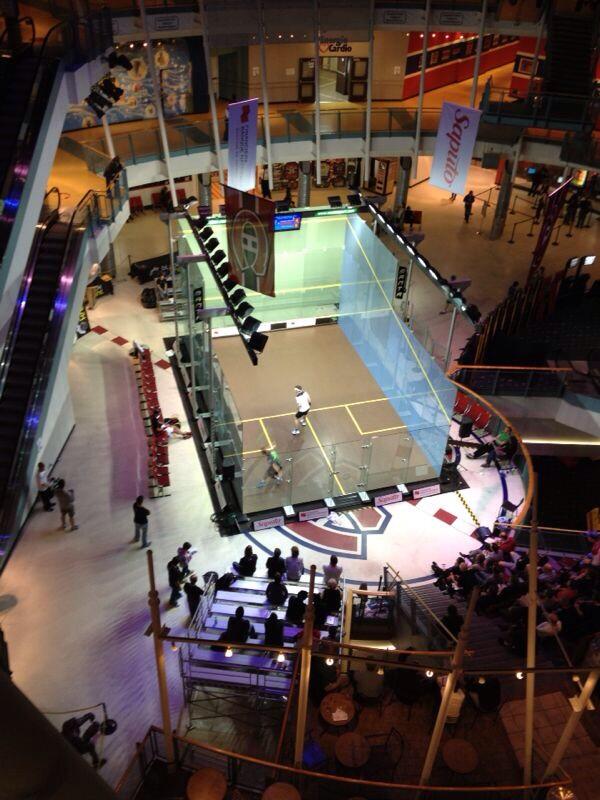 Bird’s eye view of the impressive glass court in Montreal