Andy Weston July 22, 2020 No Comments on Lockdown gives Alan Clyne a chance to heal and look to the future 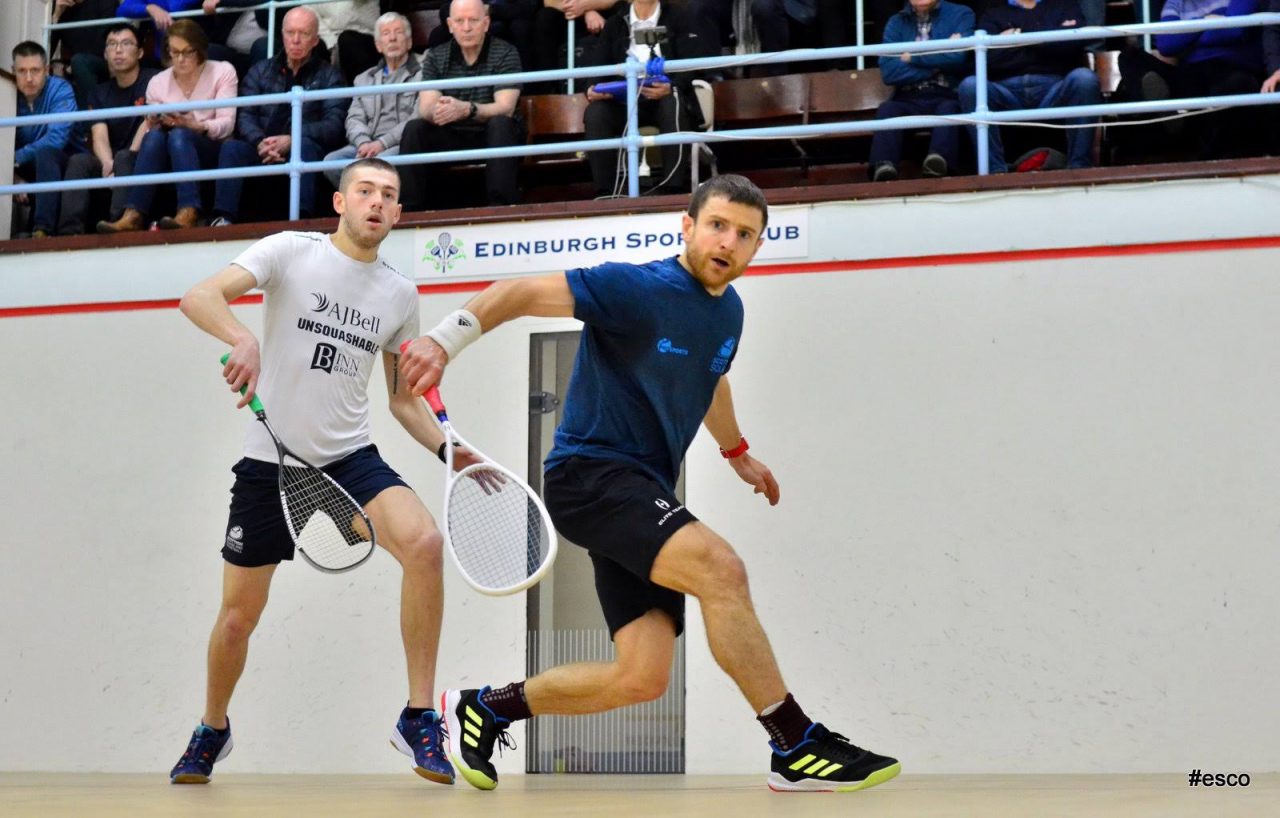 For Greg Lobban it came at a time when he was in the form of his life having picked up some notable scalps on his last outing, defeating world number three Karim Abdel Gawad and Mazen Hesham (WR14) at the St. James’s Place Canary Wharf Classic in London.

He was well on track to push into the world’s top 20 for the first time and was left kicking his heels at number 22 before the enforced shutdown.

His Commonwealth Games doubles partner Alan Clyne was in decent form himself having claimed a record 10th national title in mid-March.

But something was not quite right physically. Scotland’s number two explains: “I played a long match in Canada at the end of February and could sense a sore right side.

“I thought it was just minor and went straight to Chicago to play but it felt pretty sore there.

“It was still manageable at the national championships in Edinburgh but I then had an MRI scan, luckily just before shutdown, which showed a stress fracture of the ribs.

“So I had to stop any type of training immediately and let my body recuperate.

“It’s an unusual squash injury to my inner ribs and in a way this time off court was a blessing. With the recovery process I had to rest up and there were not temptations to get back on court to train or return to the tour.

“I’m back fit now but I’ve had to change my diet slightly, closely monitor food intake and adapt my rest days in order to provide strength in the bones.”

Like Greg, Alan is also in a squash couple having married USA player Olivia Blatchford Clyne two years ago in Wilton, Connecticut.

It’s where Olivia has been for the past six weeks at her parents’ home but Alan was allowed to head stateside last Sunday where he hopes to get back on a court soon.

For now he’s having to follow COVID-19 protocols whereas Olivia has been training at Intensity Squash Club for a few weeks, where she first began playing.

And while he now feels the same frustrations as his Scotland team-mate Lobban, the time off court has helped galvanise his hunger for more success when the PSA Tour resumes.

He said: “I can’t wait to get back playing but I’m trying not to look too far ahead because there’s still so much uncertainty as to when we will be back on tour and what it will look like.

“I’ve used the time away positively, building back my physical fitness, watching a lot of squash as well as doing technical analysis and looking at key areas where I can improve.

“I’ve also worked a lot with sports psychologist Jeff Webster, particularly on visualisation and watching matches as if you are actually on the court playing.

“So I’m feeling refreshed and hungry but it’s such a strange, unique period that no one really knows the best way to prepare yourself for the competitive action.

“Everyone will have trained differently, some having a total rest and others training really hard. There’s no perfect way.”

It’s been a period of reflection for many people and at the back of the 33-year-old’s mind has always been his plans to remain heavily involved in the sport once he eventually retires from playing.

He’s led a number of virtual training sessions during lockdown and most recently ran a session with his wife for some Illinois players.

A career in coaching beckons.

He added: “I have a degree in Physical Education and was involved in a junior squash programme in Glasgow while at university and ran a number of squash camps.

“I would absolutely love to stay involved in the sport and do some coaching. All the analysis and online sessions I’ve done recently will help with that.”

Andy is a freelance sports media, PR & communications professional based in Glasgow. He manages the media and PR output for Scottish Squash. Previously Andy spent more than 10 years as a sports journalist working on a freelance capacity for titles including the Daily Telegraph and Sunday Herald.