Alex Wan April 10, 2019 No Comments on Women seeds all through in Macau while upsets in the men’s

The Macau Squash Open 2019 opened today with a trio of upsets in the men’s event, while the seeds in the women’s all through to the next round. There was also no luck for both the wildcards in the men’s and women’s events, but it was not without any drama.

In the opening match of the afternoon, New Zealand’s Amanda Landers-Murphy survived a tough opener against wild card Chan Sin Yuk of Hong Kong. While her opponent was more than 200 places above her in the world ranking, Chan definitely did not show any nerves. The 2019 British Junior Open runner-up took a commanding two-game lead thanks to strong finishes in both games before Landers-Murphy settled to level at two-a piece. 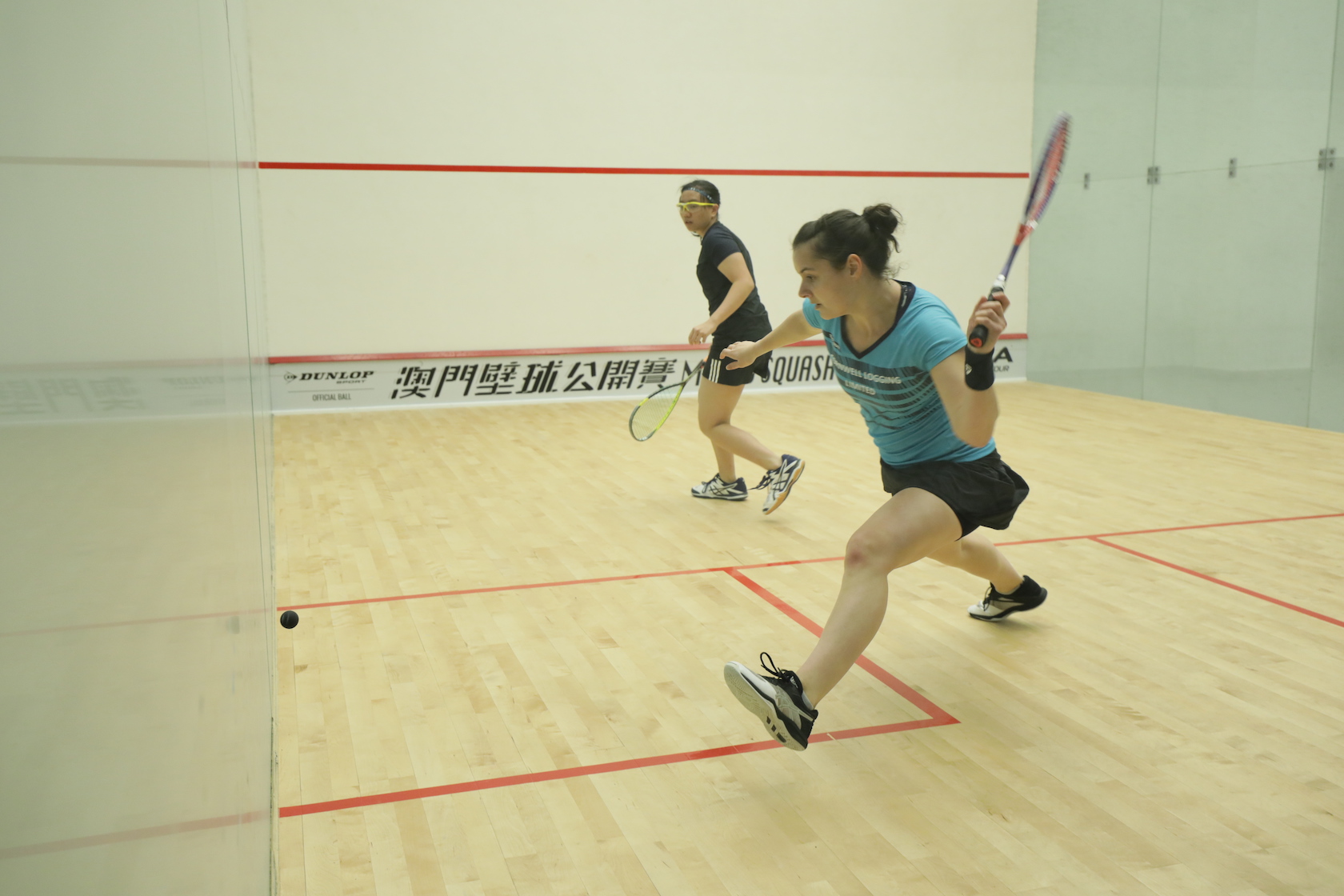 The decider was a cracker with both players trading turns to take the lead and it was the younger Chan who got to match ball at 10-8 after a stroke was given in her favour. But the Kiwi fought back gallantly to take the next four points to deny the youngster perhaps the biggest win of her career.

“I’m very happy to get the win today. It was a tough match and going down 2-0, I had to dig very deep to sort of come back. She’s a great player, so I’m just happy to get through it,” said the left handed Landers-Murphy.

Macau’s wild card Liu Kwai Chi did not quite have the same luck as she was outplayed by Japanese Satomi Watanabe in straight games in the quickest game of the day. 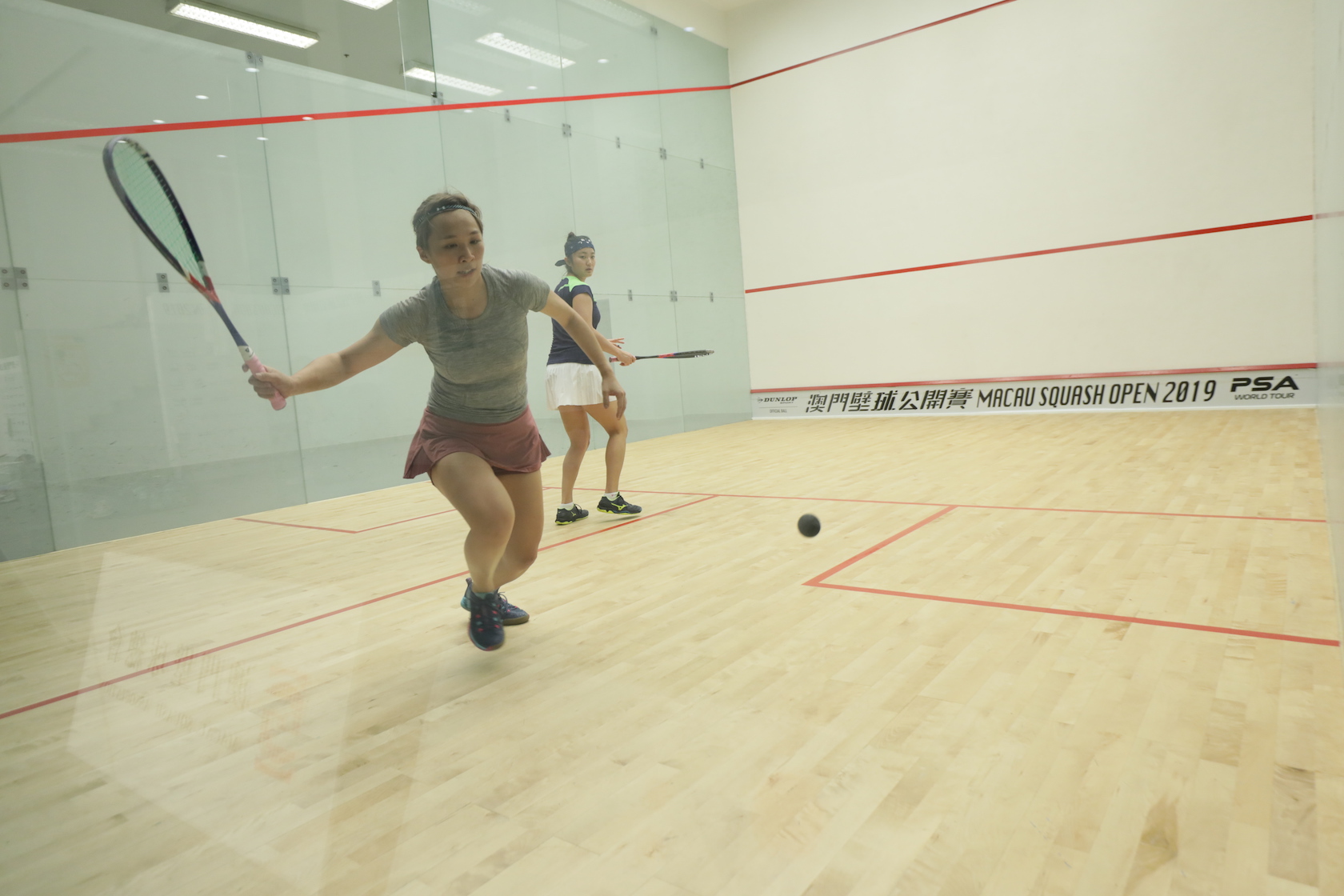 It was also a good day in the office for the Malaysian camp as both their women were through to the last sixteen. Former world number 5 Low Wee Wern, who is competing here for the first time, was tested extensively in the first two games of the match against Australia’s Sarah Cardwell. After splitting the first two games, Low went into overdrive and powered through the next two games to secure her place against second seed Salma Hany.

Low’s compatriot, Rachel Arnold, meanwhile, gave a no-nonsense display as she mercilessly took out England’s Rachael Chadwick for the loss of just 5 points in under 20 minutes.

In the men’s event, the opening match was cut short after 2017 semi-finalist and joint-ninth seed Omar Abdel Meguid retired while trailing 1-2 and 3-6 in the fourth game against Pakistan’s sole representative Shahjahan Khan. The win earned the US-based Khan a crack against defending champion Yip Tsz Fung tomorrow.

In a battle of the youngsters, 2016 World Junior champion Ng Eain Yow overcame a tough customer in France’s Victor Crouin, the 2017 World Junior runner-up. While he may not have played his best squash today, the higher ranked Malaysian won the bigger points and was able to pull through in four competitive games. 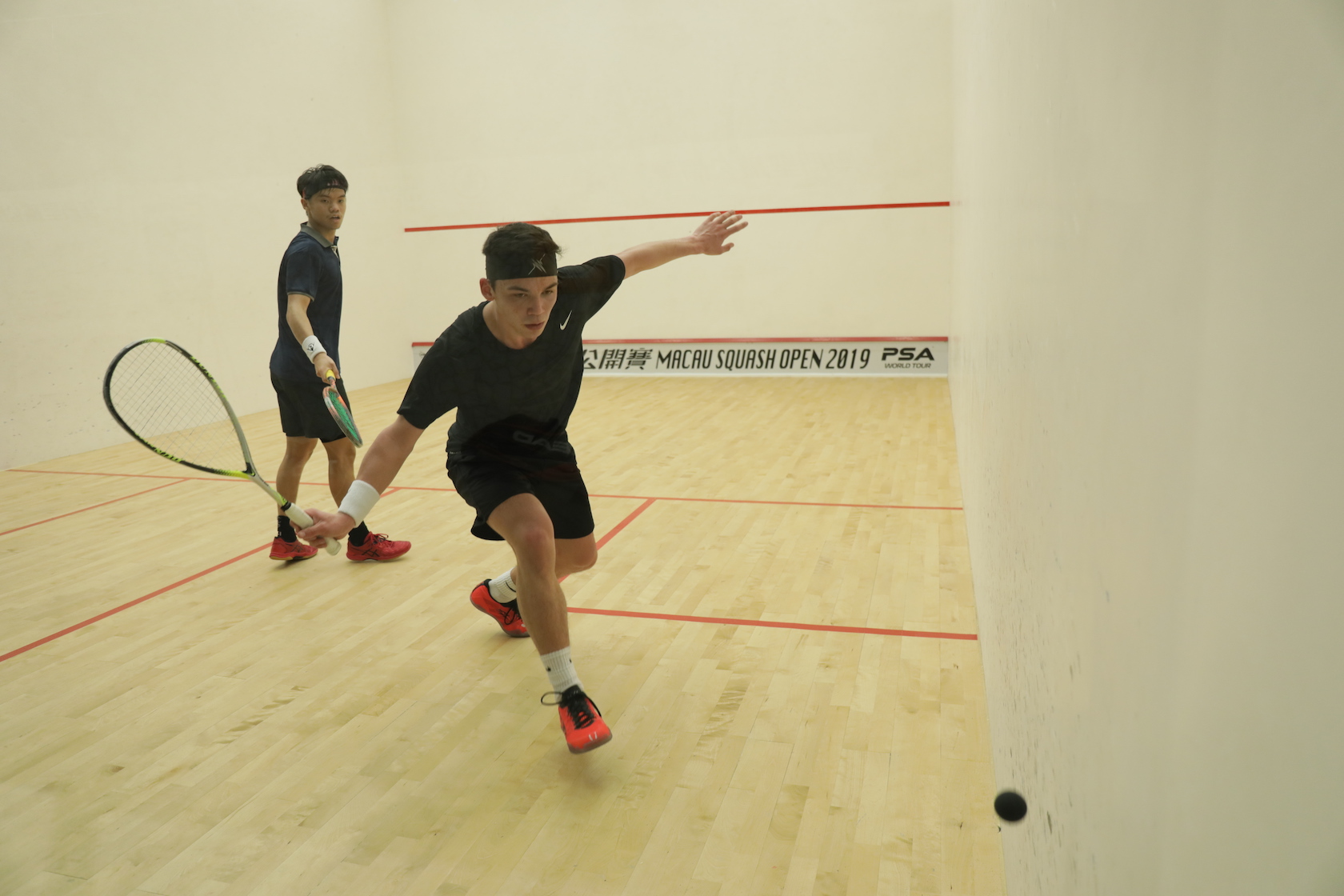 “I was a little rushed in the third game and I made many mistakes. Mentally, I’ve also never beaten a French player, so I was definitely a little nervous on court today. But I felt that I got that out of my system in the fourth. It’s always tough to get past the first round and yes, I will be more comfortable going tomorrow,” a relieved Ng said after.

Fellow Malaysian Ivan Yuen also advanced into the next round after winning easily against local wild card Manuel Gassmann in just over 20 minutes.

France also had two men advance today after Auguste Dussourd upset the seeding to take out Welsh veteran Peter Creed in the longest match of the day. He twice had to come back from a game down before winning in 75 minutes. Baptista Masotti then made it 2-for-2 for France after taking out Hong Kong’s Henry Leung 3-1.

The other upset of the day was from Swiss Dimitri Steinmann, who beat Egyptian Mazen Gamal in a see saw match. After taking the first two games, the Swiss allowed Gamal to make a comeback to draw level on the tie break in the fourth. However, Steinmann wasn’t about to let Gamal spoil his party as he squeezes through the fifth to book his place against Omar Mosaad. 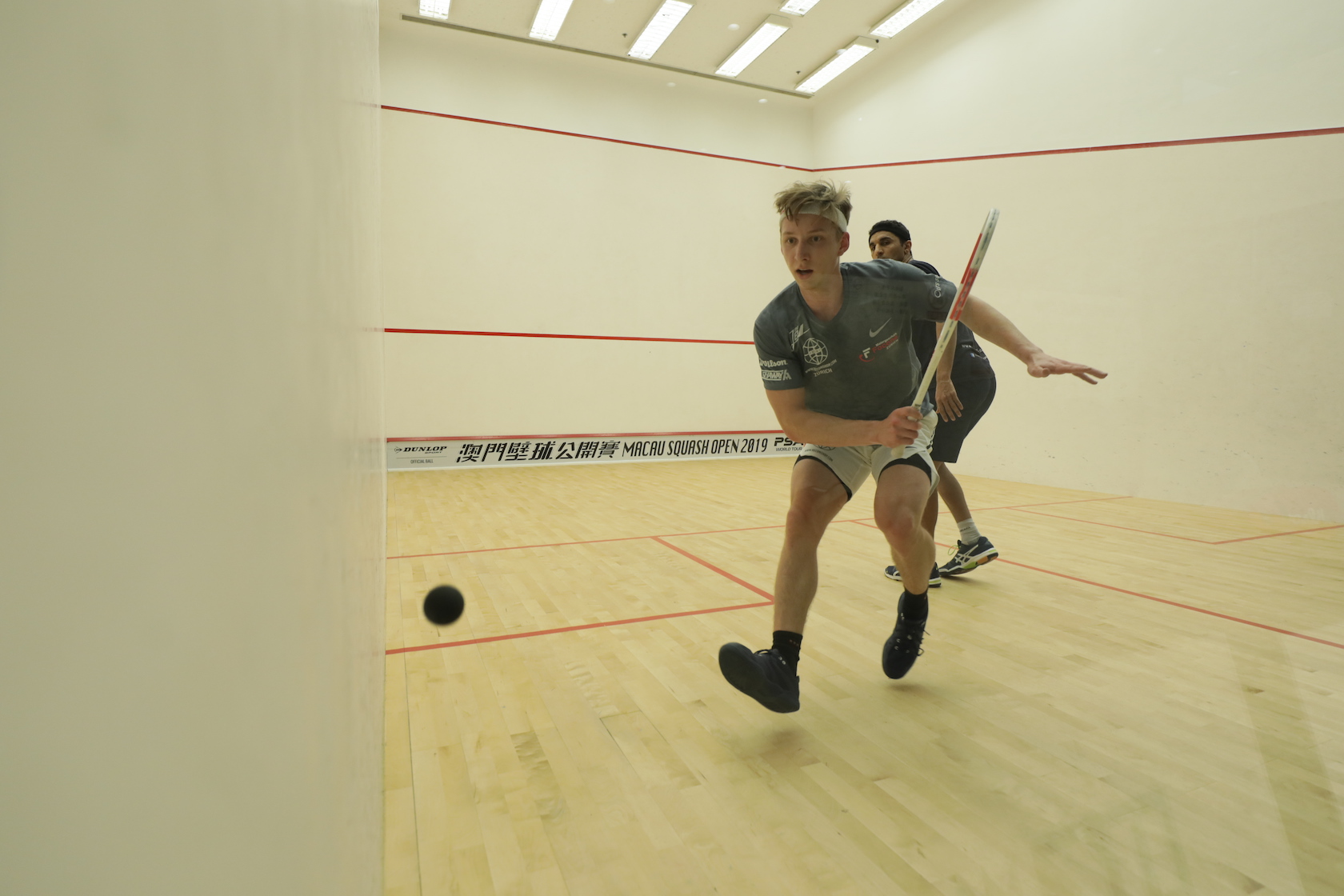 Dimitri Steinmann stopped the comeback of Mazen Gamal of Egypt to upset the seeding.

In the top and bottom ends of the draw, Spanish players had contrasting fortunes. At the top, Edmon Lopez was victorious but was made to sweat by wild card Lau Tsz Kwan of Hong Kong for nearly an hour. Lau, winner of the PSA5 HK Challenge Cup last month, battled hard in the first three games, but was a spent force in the fourth.

At the bottom, India’s Mahesh Magaonkar booked his place against fellow-countryman Saurav Ghosal after a hard fought win over another Spanish, Bernat Jaume.