Alex Wan July 18, 2016 No Comments on Macau Juniors Get the Liz Irving Experience

Macau’s top juniors were a happy lot when the trio of Yeung Weng Chi, Manuel Chan Gassman de Oliveira and Ian Leung Teng Chi, all 15, had the opportunity to attend the Liz Irving Elite Squash Academy Camp recently in Amsterdam. The camp also came at a good timing as they all competed at the Dutch Junior Open in Rotterdam right after that.

At the camp, they had the opportunity to learn from the best, as eight-time world champion Nicol David was on site to share with them her experiences. David also played tour guide to the group of nine kids attending the camp as she guided them through the main attractions the Dutch city had to offer.

Liz Irving, coach to Nicol David and Samantha Teran who are both based in Amsterdam, was full of praise for the trio.

“I think they’re tremendous. Given that they haven’t played for that long, they’re very good at what they do. I’m very impressed with them and happy to be working with them. Their focus and willingness to work is commendable. They are definitely on the right track.” 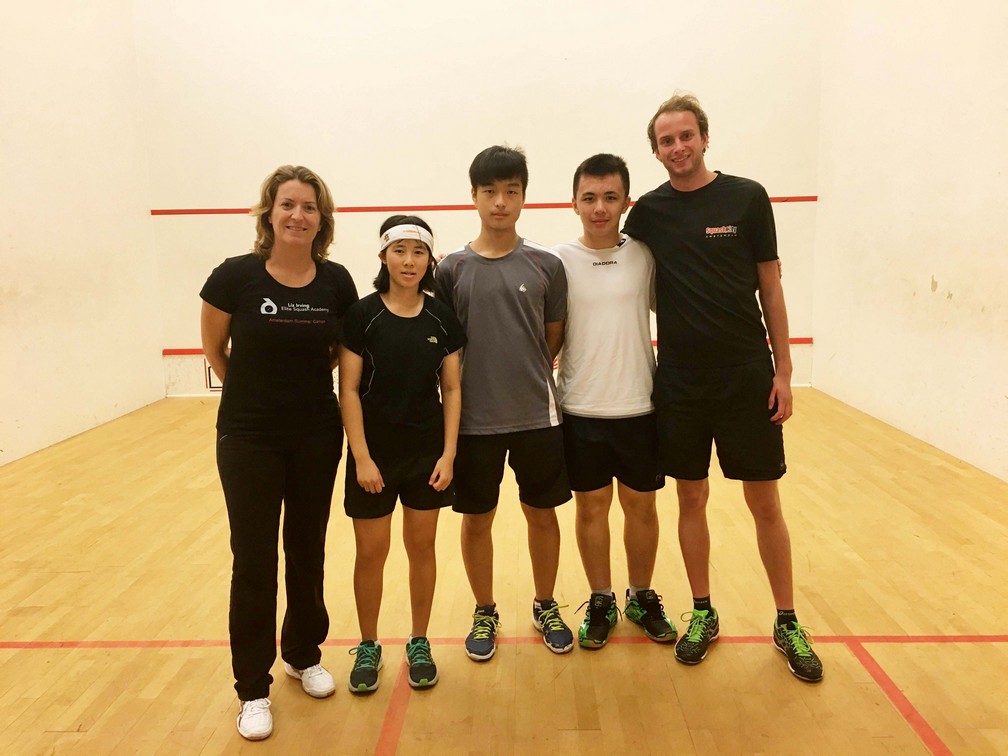 Lim Chee Ming, Macau’s head coach who accompanied the team to Europe was more than satisfied with his investment, saying, “The kids really enjoyed the camp. It’s an eye opening experience for them, coming all the way from Asia and meeting fellow squash players from the West and share their squash experience with each other. “

Liz and his assistants have done so well. They tried their very best to give as much attention to each and every one of the kids, fine tuning for their techniques and movement on court. My kids are learning so much from her in past few days, and so did I.

Liz even went the extra mile to arrange extra 2 days one to one session for my kids before the camp. Prior to the camp start, we’ve already been communicating to understand the players better and sending her match videos for her to analyse and prepare before the sessions. A lot of effort has been taken by Liz to ensure we all made the most out of this trip, so it’s been a very worthwhile one for us.” 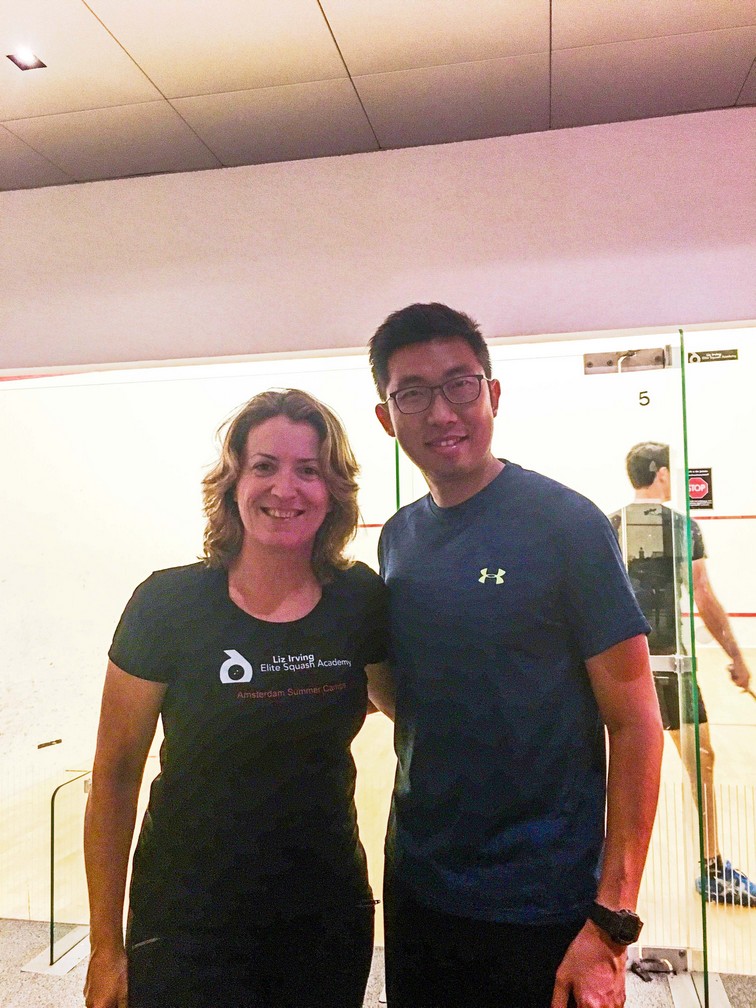 Nicol David herself, who is currently on a break back home in Penang, also had good things to say about Macau’s top juniors.

“The juniors from Macau that came by to work with Liz at the Liz Irving Elite Squash Academy Summer Camp were very keen to get on court with her and it’s great to see Macau’s interests in building their juniors up to gain exposure right here in Amsterdam. I could see they were responding and applying a lot of Liz’s teachings into their practice and was enjoying the process too. Liz’s experience translates at every level and to get her expertise as a young junior like them is such a privilege.

I had a chance to get on court with them briefly one day and they’re ready to absorb any information that I could pass on to them. A talented group of kids and exciting times for Macau squash.” 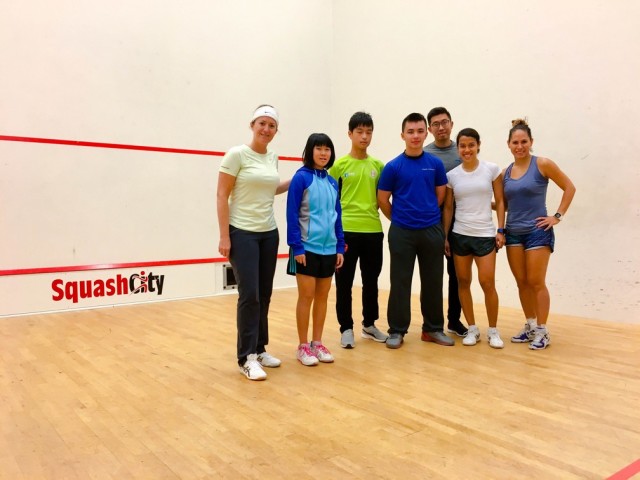 The move to participate in the camp is a big step forward for Macau, who are still considered relatively new to the sport. As Liz Irving would echo, “It’s absolutely great to see them coming over for this to get the international experience. If you want to invest time and money for development, you have to do it the right way, and I feel they are definitely doing that.”

The next twelve months for the Macau juniors will see a big step forward for them. Come September, they will be participating in the Asian Junior Championships in Kuala Lumpur, Malaysia for the first time. They have set an ambitious target of for a top four finish, where given the likes of Hong Kong, India, Pakistan and Malaysia have traditionally been the stronghold of this event, it is indeed a tall order, but it remains a target which they are working towards. Then in July next year, the team will be making their debut at the World Junior Championships in Tauranga, New Zealand.