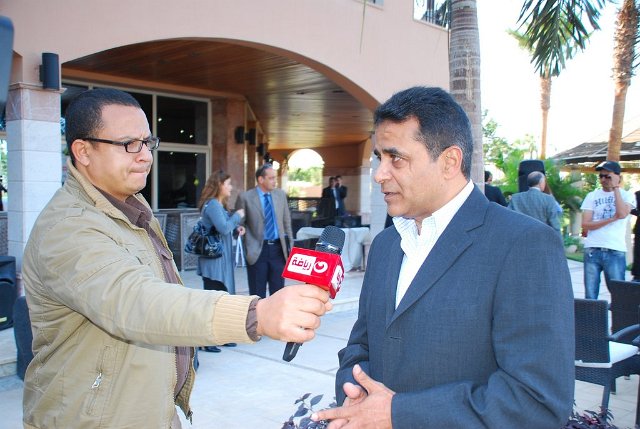 ASHRAF HANAFI is the promoter of the first major squash tournament to take place in Egypt since the recent unrest. During a successful delivery of the Banque Misr Sky Open in New Cairo, he took time out to talk to Squash Mad.

1. Ashraf, you are the tournament promoter of Egypt`s first international squash tournament after the revolution, the PSA Banque Misr Sky Squash Open. What was your motivation?

My motivation was to show the country of Egypt in a good light after the revolution and to give the message to the world that what is seen on TV is sometimes not the reality. Today, people in Egypt again live safely and in peace.

2. How complicated was it to find sponsors in Egypt during these times?

Actually Petrosport/Ministry of Petroleum with their Sky Resort being the event host, and me as event organiser, decided at short notice to make this event happen, so the problem was time pressure. First the Ministry of Sport and Tourism (promoting the slogan “In Love with Egypt”) supported our idea. As we talked to the biggest and oldest Egyptian bank, Banque Misr, they understood our motivations and immediately partnered with us as title sponsor. After this commitment we were pleased to welcome MobiNIL and ExxonMobil as associate sponsors. 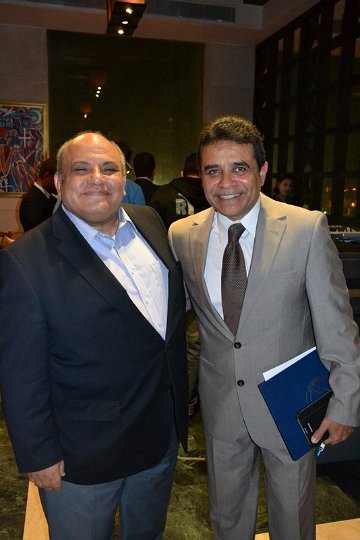 3. As a player, you won the British Open Over-35 final against Ross Norman in 1996. What was your path in squash thereafter?

I stayed in Germany until 1998, returning to Egypt to become the National Junior Head Coach. In the following years I started my own business, the NoLet company, acting as exclusive sole distributor for Head, Courtwall squash courts and Junckers sport floors.

Since 2008 I started my own squash training school under the name of SquAshraf Academy, and to organise events and tournaments in Egypt. Players like Ramy Ashour, Amr Shabana, Karim Darwish, Omar Mosaad, Mohamed and Marwan Elshorbagy, Nour El Tayeb, and many more leading Egypt Junior players, have passed through my academy in recent years.

4. You recently took over the job as head squash coach in one of the leading squash clubs in Egypt, the Heliopolis Club in Cairo. Please tell us about the club and the squash set up.

Founded in 1910, it is one of Egypt’s oldest sporting clubs. Today, two multi-sport clubs with over 50,000 members, and a total of 15 squash courts, are operated. We have more than 200 active squash team players in all age groups and levels, including the top players Ramy Ashour, Omar Mosaad and Nour El Tayeb are playing for the Heliopolis teams. All players are trained from a team of 25 coaches. We believe this is one of the biggest club coaching teams in the world of squash.

5. What is your goal with your squash academy SquAshraf and with the Heliopolis Club in the future? 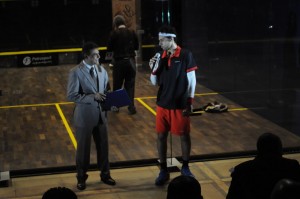 Champion Mohamed Elshorbagy thanks Ashraf for staging a superb tournament

There is only one goal I have for both projects – to work with juniors and producing new world champions.

Being the leading nation in squash, it will be almost impossible to keep this dominance forever. Egypt squash needs to focus and have a vision to fulfill our high expectations.

7. What is the secret of the successes of the large number of Egyptian squash players on the PSA and WSA Tour?

Yes we do have secrets, but as you can understand we will keep it as such. The Egyptian squash philosophy is that ‘squash is more than hitting the ball against the wall; – we live and love squash. We have a mass of very talented players, and the best educated squash coaches in the world who are able to analyse every small detail in the game.

Squash is one of the national sports, and young players are supported by sport clubs, squash academies and, of course, their parents. Another huge advantage is that we have many squash generations playing in each squash club, and players can get challenging games at every level, and they can often learn some special secrets from the older players they meet on court.

8. What must other nations do to match the sporting success Egypt has enjoyed in junior squash, being the base for later international success in the adult game?

Visit Egypt, learn from us, and participate in our squash academies.

9.  Why is squash more attractive for young players in Egypt, compared to the same age group in other parts of the world?

Because in Egypt they see the way of success. This process takes place in front of their very eyes because the many champions we have today are all local heroes. This is giving the younger players a lot of motivation.

10. In a few words: What is the difference in the style, game plan and philosophy of Egyptian squash compared to others?

In one sentence: Egypt in squash is like Brazil in football. We train our juniors to play the unexpected shot – to surprise the opponents.

We need to establish our sport in strong IOC countries – like USA, China and Russia – and motivate these countries to elect squash to be an Olympic sport. And my personal opinion is that we need more professional work in many national federations, to make our sport ready for the Olympics. 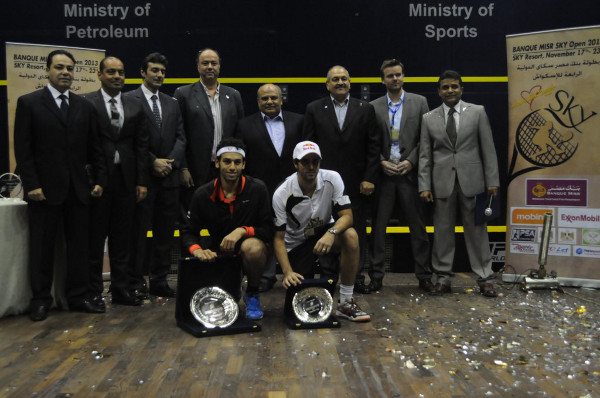