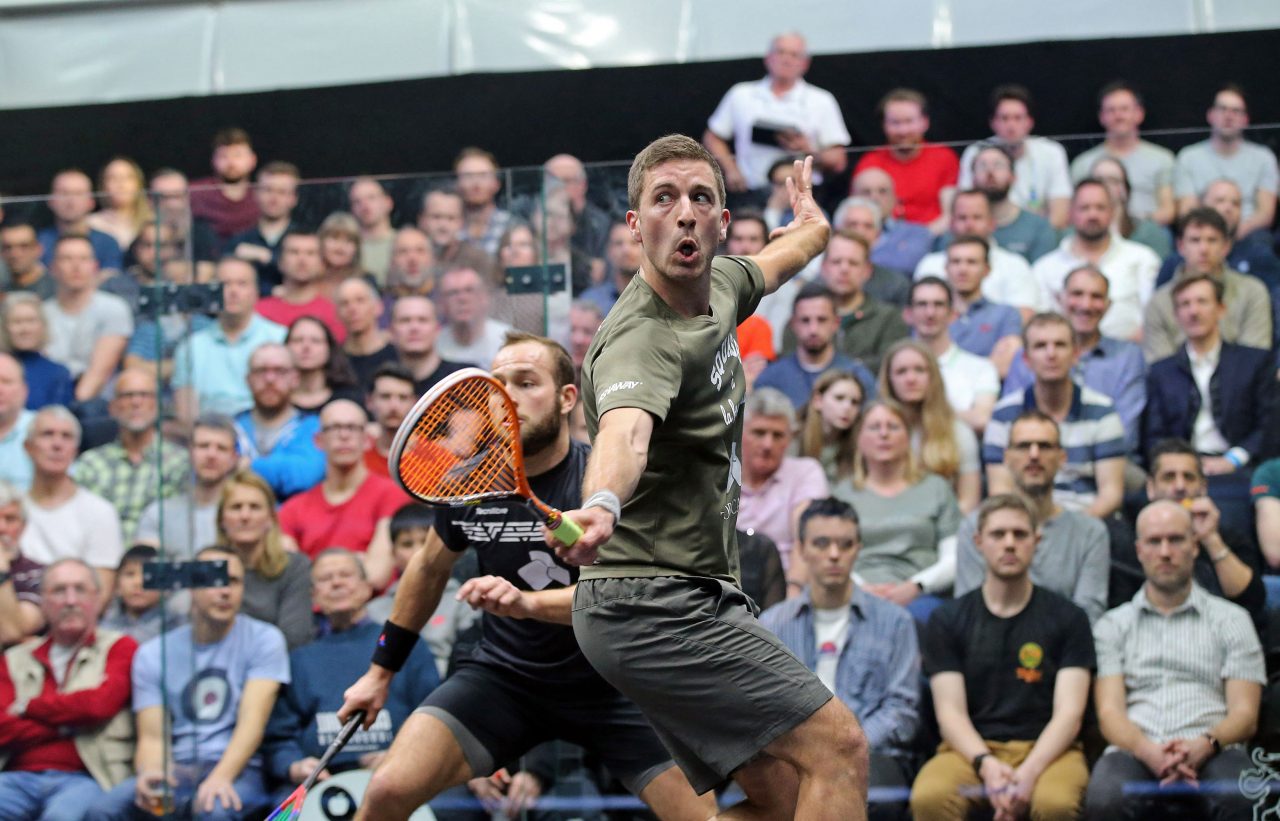 After suffering 15 calf injuries over a two-year period, many people had written off Mathieu Castagnet and were urging him to quit the sport.

But the Frenchman, who was six in the world in 2016, thrives on proving people wrong and is using those doubts to help fuel his comeback as he claws his way back up the rankings.

“The last two years have been really difficult,” he said after beating fellow countryman (and room-mate) Gregoire Marche 2-0 in the first round of the St. James’s Place Canary Wharf Classic.

“A lot of people were asking me all the time, ‘why are you training, why are you playing, you are just injured every time so it doesn’t make any sense?’

“A lot of people were pushing me to retire. It wasn’t intentional, but they were saying ‘what are you going to do after squash?’ … the physios, the doctors, even my physical trainers.

“So, except from my wife and my parents, I didn’t feel a lot of support.”

The 33-year-old said one of the hardest aspects to cope with was the bizarre nature of what he eventually found out was causing the injuries – his dental braces.

“The braces I was wearing were impacting a lot of the balance and the structures of my body so I put them away and since I did I feel so much better,” he said.

The problem got so bad for Mathieu that at one point he struggled to manage a 15-minute dance rehearsal with his wife ahead of their wedding.

“But since I stopped (wearing braces) things are clearly different and I can train more and have seen my level come back again.”

Now ranked 22 in the world after reaching the semi-finals of the Troilus Gold Canada Cup and third round of the Windy City Open, The Musketeer is tantalisingly close to achieving his goal of getting back in the world’s top 20.

“When my injuries caused people to think I was done… that was a big push to prove them wrong,” he said.

“My first strategy was to stop the injuries and then when you do that you can start to think about going somewhere.”

The 33-year-old credits his form with changing his training regime and improving his diet.

“I’m not training more than an hour on the squash court per day,” he said.

“I’m not playing matches every day and I don’t do ghosting any more. I just do routines or solo work. If I’ve had a tough match I just have a day off (the next day) or do some weights.

“I try to be more focused on the quality and not the quantity.”

He added: “It’s great to be back at Canary Wharf. This is a very special place for me.”

Tonight he meets top seed Mohamed ElShorbagy in the second round in another best-of-three shoot-out.