Alex Wan June 2, 2019 No Comments on The Komodo ends an illustrious career after a great 2018 at the Commonwealth and Asian Games

This season has been one filled with retirements. Laura Massaro, Jenny Duncalf, Ramy Ashour, and most recently Olli Tuominen. But perhaps the one nation that felt it most was Malaysia, when two of their top players Nicol David and Nafiizwan Adnan called time on their professional squash careers. We caught up with The Komodo Nafiizwan Adnan to talk about his retirement and what he is up to these days.

2018 was a mammoth year for many nations – with the Commonwealth Games and Asian Games both happening in the same year. For some Asian nations like Malaysia, who are part of both, it was doubly important. Nafiizwan Adnan, the world number 40, had set his sights on that year to excel and this, he did amazingly well. A bronze medal at the Commonwealth Games followed by a gold medal at the Asian Games is a very nice a feather to cap his career.

“Actually I wanted to retire after the Asian Games, but I decided to delay it since the Asian Individuals were held in Kuala Lumpur, Malaysia”, Nafiizwan, or Wan as he is fondly known said when asked when did he decided to retire.

Another reason that prompted his decision was the fact that he and his wife Aufa had moved back to Kuala Lumpur in October last year, after being based in Manchester, England for a few years, where Aufa was pursuing her Masters in Orthodontics.

“I feel that in order for me to improve my squash, I needed to be based overseas. With us moving back to Kuala Lumpur, I didn’t believe that it would be any better than it already is.

“My wife and I are also looking to start a family. We’ve been married for more than five years now and with us being based out of Kuala Lumpur and still playing on the tour, I would hardly get much time to spend with Aufa and our families.” 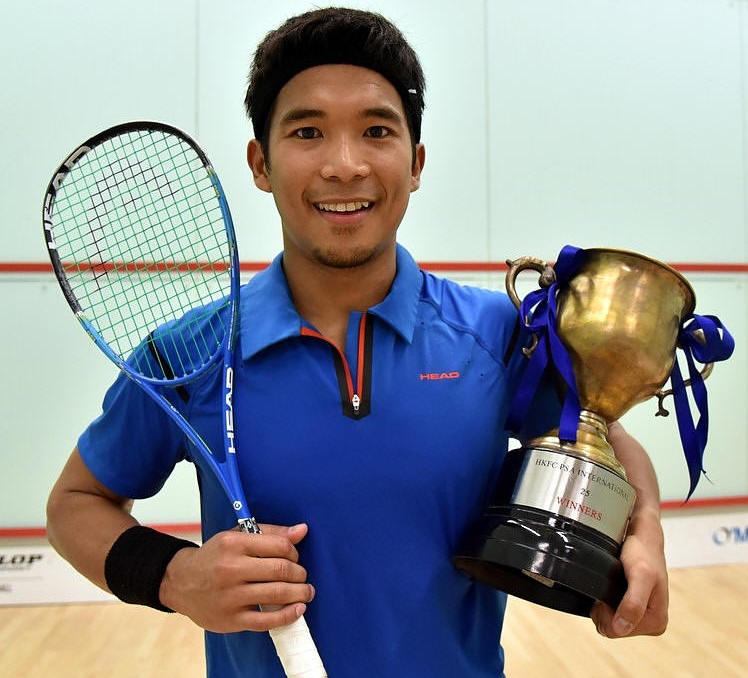 Nafiizwan after winning his biggest career title at the HKFC International in 2016.

For a “kampung (village) boy” from the east coast of Malaysia who left home to pursue his squash in Kuala Lumpur together with his brother Nafzahizam, Wan has certainly come a very long way. It was no easy feat however, as Wan only broke into the top 50 for the first time in 2011 in his eighth year on the tour. He achieved a career high of 26 in May 2017 after an impressive run of results, which included his biggest title at the HKFC International where he defeated Paul Coll in final, and a last 16 showing at the World Championships in Egypt.

This sentiment was echoed by Wan’s wife Aufa, who said proudly, “I’m very proud of Wan. It’s quite overwhelming knowing he was once just a humble village boy. But because of his hard work, grit and perseverance, he has achieved in his lifetime what many cannot even imagine or would want to try. I have personally seen him in action for the country at many tournaments in many parts of the world, even in some where I cannot even pronounce the names. He has always given his best and he will always be my superstar hubby.” 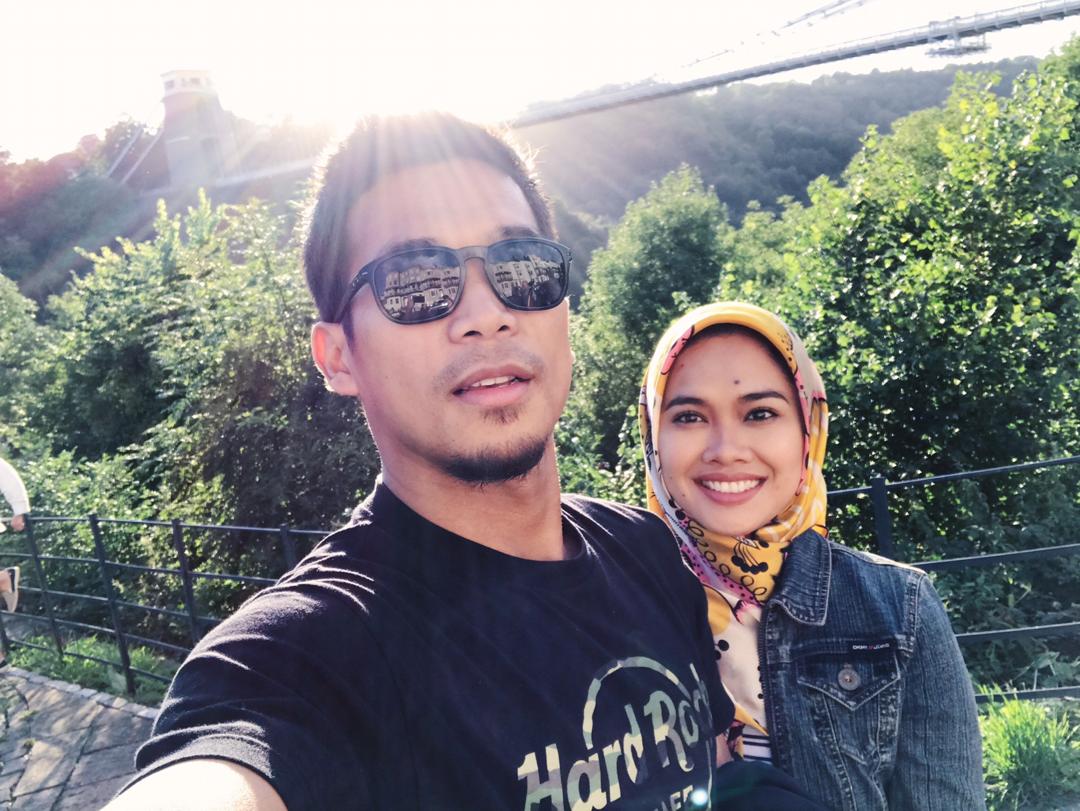 Aufa and her superstar hubby Nafiizwan on one of the few holidays they’ve been to.

Having been on the tour since 2004, Wan feels the top three things he will miss are making new friends, winning and losing, or as they say “get chopped” against the top players and not having to think about anything apart from squash – where he was able to stay in shape, earn a living, travel the world and at times, be famous at the same time.

He also feels there are far too many good memories from being on tour for him to pick one. In fact, he adds, “I better not think too much about this or I’ll be coming out of retirement very soon!”

However, choosing a bad one was easy, “When I’m alone in an unfamiliar place, it’s never nice. Traveling from one tournament to another with all the big bags was never fun too.”

Whilst Wan has some offers in front of him for his next step in life, he is currently taking it easy to enjoy the moment.

“For now, I want to enjoy the moment. I want to spend time with my family and friends. I have some offers, but I am taking time to consider them before making a decision.”

Timing is also on Wan’s side as this will be the first Ramadhan he will be spending back home with his wife. With Eid (or Hari Raya as it is more commonly known in Malaysia) just around the corner, this will be the first time Wan will be celebrating the auspicious occasion with Aufa’s family in Malacca, Malaysia.

“This is the first time I will spend Raya with Aufa’s family since we got married. She has a very big family so I am pretty sure we will have a great time there. Most of all, I do not need to watch my diet this time round and I will be able to enjoy the many delicacies I have been resisting all these years.”

Aufa herself is certainly also enjoying his retirement and having him around more than she is used to.

“His retirement is quite emotional for me too. Squash was not just his career – it was his life. Our married life pretty much revolved around his touring, so we had to plan our meet ups, holidays and everything around that. After more than five years of being married, it’s quite nice to have him around. Retiring from the tour has been the biggest decision of his career. There are many uncertainties, but he knows his family is here to support that decision,” Aufa said when asked how she felt about having him around these days.

The Komodo Nafiizwan Adnan retires from the tour having played a total of 200 events and 450 matches, winning 261 of them. He has reached the final of 24 events and won 11 of them. Wan has also participated in 3 consecutive Commonwealth and Asian Games in 2010, 2014 and 2018.

The Komodo parted leaving some simple words of wisdom to young Malaysian juniors looking to follow his footsteps:

“Be as professional as you can. Always train hard and play smart on court.” 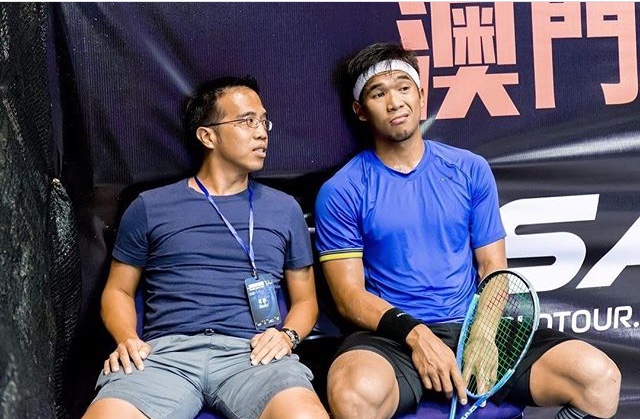 Nafiizwan not very convinced with the writer’s advice in between games at the 2015 Macau Open.

On a personal note, I will miss seeing a familiar face from home and a dinner companion to the few events I travel to. I wish Wan all the best in whatever he decides to do next.