Lee Horton November 25, 2013 5 Comments on Shock as World Series Finals in London are called off 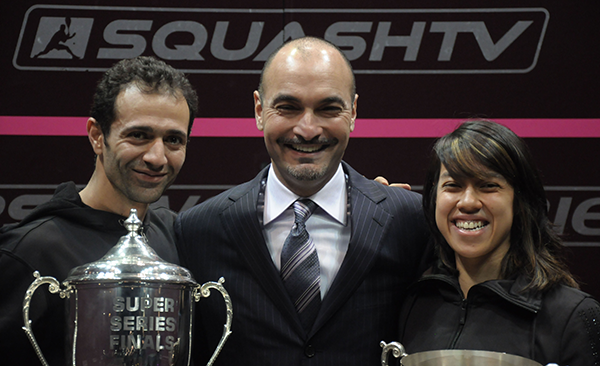 One of the most prestigious events in the squash calendar – The ATCO World Series Finals at  Queen’s Club in London – has been cancelled  just seven weeks before it was due to take place, Squash Mad can reveal.

The showpiece event, staged by wealthy Saudi businessman Ziad Al-Turki (pictured above, middle), Vice Chairman of the  A. A. Turki Group and Chairman of the Professional Squash Association, is one of the most iconic events in world squash showcasing the top eight players in both the men and women’s game. 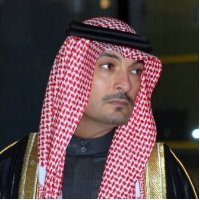 Sky Sports Television broadcast live from the event and it’s cancellation will come as a massive blow to squash fans, already reeling from the news that there will be no women’s World Open in 2013 or or place inside the Olympic Games family.

A spokesman for the PSA confirmed that the event, due to start on January 2nd and run through to January 6th, had been postponed but added:” We are hoping that the World Series Finals can be played at another venue at another time. Maybe some time near to the end of the season. Alex Gough and Lee Beachill are working hard to make it happen.”

The ATCO World Series Finals, won last year by Egyptian star Amr Shabana and Malaysian World No.1 Nicol David (below) , has always attracted huge crowds with its prestige London venue and the revolutionary Z-Court, accepted as the No.1 glass court in the game.

Ticketmaster are no longer taking orders for tickets.