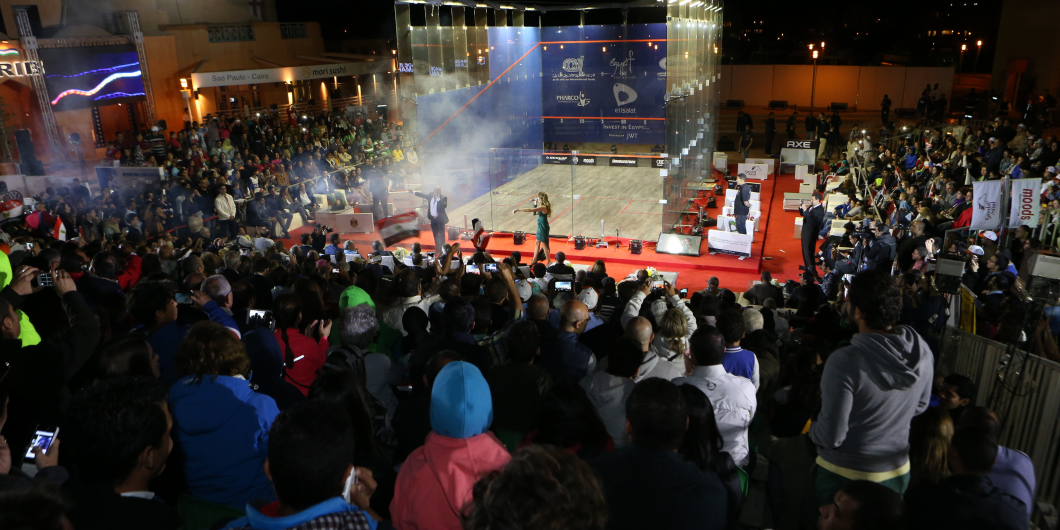 The outdoor venue at El Gouna

The Professional Squash Association (PSA) have announced that the delayed 2016 PSA Women’s World Squash Championship will take place this April, when the world’s elite players will travel to El Gouna, Egypt to compete for the most illustrious trophy in squash.

From April 5-14, 56 of the best female players on the planet will compete for top honours on Egyptian soil for the first time since the 2014 World Championship when Malaysian Nicol David claimed an unprecedented eighth title by defeating Raneem El Welily in a thrilling five-game finale in Cairo.

World No.1 Nour El Sherbini, the 21-year-old from Alexandria, will go into the event as defending champion after becoming the youngest person ever to win the championship by defeating Laura Massaro in last year’s title-decider.

On home soil, El Sherbini will be hoping to make it back-to-back wins in a week that will also see the world’s elite male players descend on El Gouna to compete for the annual El Gouna International.

“We are pleased to be able to confirm that the 2016 edition of the Women’s World Championship will take place in April following a period of uncertainty regarding the event’s status,” said PSA CEO Alex Gough. 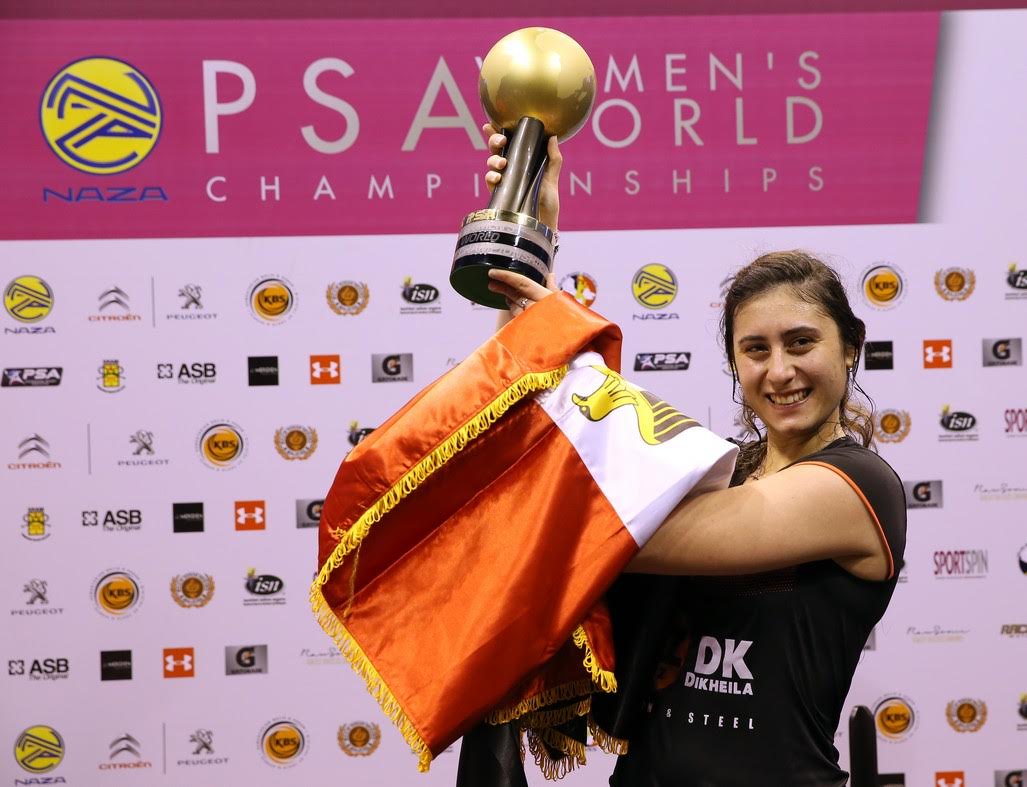 “We have been working closely with several parties to make sure that the event happens and that our players do not lose out on the opportunity to compete not only for the sport’s most lucrative title, but also for the significant ranking gains that are associated with the World Championship.

Tournament director Amr Mansi said: “We are extremely happy to be bringing Egypt, and El Gouna, the 2016 Women’s World Championship after successful negotiations with the PSA.

“During last year’s men’s El Gouna International I pledged to stage a women’s event in 2017. So to not only be doing that, but to be staging the biggest tournament on the women’s calendar, is a fantastic opportunity and I would like to thank all my sponsors for making it happen.”