England Squash: Why we had to ban Pakistan from British Junior Open

Lee Horton November 27, 2013 1 Comment on England Squash: Why we had to ban Pakistan from British Junior Open

ENGLAND Squash today explained to SquashMad.com why they were forced to ban all players from Pakistan from January’s British Junior Open in Sheffield.

The governing body, who run the world’s most prestigious junior event, revealed they had no other option after players from Pakistan had continually ignored competition rules requiring competitors to complete a full programme of matches under the MONRAD system.

Paul Houghton, senior competitions and events coordinator at England SR, explained:” We were left with no alternative course of action after 11 out of 15 players from Pakistan pulled out of their matches at the last British Junior Open.

“It has been a problem for a long time and we have warned players and organisations that we would take action. Now we have.”

Mr Houghton admitted they informed Pakistan squash officials of their decision earlier this year. ” They were obviously upset and embarrassed but this sort of decision was not taken lightly and was needed. At some point we had to take action. Pakistan have been told they will be welcomed back in 2015. Hopefully a one-year break will solve the problem.” 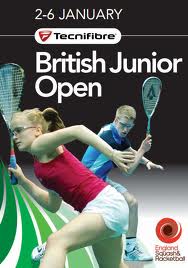 The MONRAD system replaced the previous main event and plate competition guaranteeing players get more matches. However, many players withdraw from the competition once they have been beaten throwing organisation into turmoil. “There are always injuries where players have to pull out but the event was suffering because players flouted the rules,” added Mr Houghton.

The ESR website spells out the rules in clear terms stating:  ALL players are required to play ALL matches. If you are unable/unwilling to comply with this regulation you should NOT enter the tournament.

Aamir Nawaz, Secretary of  the Pakistan Squash Federation (PSF), confirmed that competitors from his country have been excluded  saying: “Some players did not play plate events in the BJO 2013, so they banned us for the next edition.”

President of the Punjab Squash Association, Malik Amjad Ali Noon, added: “I don’t know why this happened and why our players did not play plate events there. I will investigate this issue.”

Pakistan’s squash faced another blow when the authorities failed to send entries for Asian Games 2014 due to the ongoing rift between two groups of sports officials.

The last date for sending entries for the Asian Games was October 31, but since Pakistan Squash Federation (PSF) supports the PSB-backed POA, it did not send entries for the games, which had to be routed through the other POA, led by Lt Gen (retd) Arif Hasan.

“We are not in a position to do anything in this regard unless this issue is resolved. However, the PSB has asked us to give them entries for Asian Games, so we will do so,” said Secretary PSF Amir Nawaz when contacted.