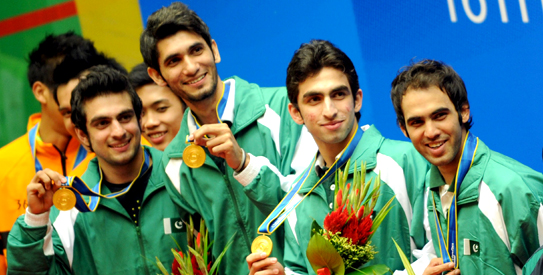 Squash in Pakistan slumped to a new low this week as the nation that once ruled the men’s game blamed their players as they defended their decision not to send a squad to compete in the Men’s World Team Championship in America in December.

The nation that dominated squash for almost four decades, starting with the legendary exploits of Hashim Khan in the early 1950s, has come under fire for the decision not to take part in the tournament, which is being hosted by the Squash On Fire Club in Washington DC from December 14-22.

Pakistan, with Jahangir Khan and Jansher Khan dominating through much of the 1980s and 90s, won the men’s World Team event six times, the last triumph coming in 1993 in Paderborn, Germany.

A report in The Nation claimed that the deadline for paying a $5,000 entry fee for this year’s tournament elapsed on July 16.

Quoting an anonymous Federation source, the report blamed senior professional players for refusing to attend training sessions and claimed that it would be a waste of money just to send players to America for “a joyride”.

The source claimed: “Senior players including Farhan Zaman, Tayyab Aslam, Asim Khan, Israr Ahmed, Ammad Fareed and Farhan Mehboob, never wanted to train as per modern day requirements and whenever they were called for the training camp at Mushaf Squash Complex, Islamabad, they simply refused, so the PSF and PAF had to take such a harsh decision.

“Sending a team for a joyride and wasting a huge amount of the national kitty is also not a sensible move. I personally feel that we must invest heavily on juniors, as they are giving satisfactory results.” 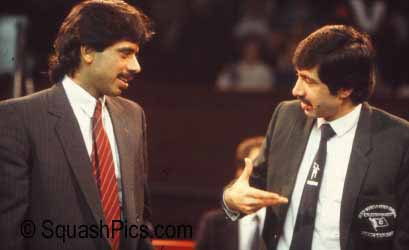 Pakistan did, indeed, win the Men’s World Junior Team Championship in 2016, but several nations complained that the entire squad was over the age limit, as reported exclusively by Squash Mad at the time.

Clearly, Pakistan squash is in a state of total chaos. Blaming the players, rather than an incompetent federation, is a typical response. After one poor showing in the World Teams, Pakistan chose to ban the whole squad, but this ridiculous decision was overturned by the World Squash Federation.

Sadly, we keep hearing reports of squash in Pakistan being damaged by personal family feuds and favouritism in terms of funding and selection, and the federation wheeling out former champions every few months to criticise current players. These outbursts deflect attention from a seemingly unstructured and under-funded sporting framework.

This latest scandal comes at a time when new President Imran Khan, the former Pakistan cricket captain, has encouraged Jahangir, the 10-times British Open champion and rated the greatest squash player of all time, to tour the world supporting the Shahid Afridi Foundation (led by another former Test cricket captain) aimed at providing sporting opportunities for deprived children.

It also campaigns for clean drinking water and better education in remote areas. Hopefully, squash in Pakistan might benefit from some of the goodwill and fund-raising generated by the Foundation.

A government report published in 2016 highlighted the fact that 40 per cent of the Pakistan population of more than 200 million people lived in poverty, rising to more than 70 per cent in some areas of the country.

Despite the international success enjoyed by their squash players in previous decades, courts and facilities are scarce. Clearly, squash is very low on the list of priorities set against such a stark background, and rightly so.

However, a federation totally controlled by the Pakistan Air Force needs to find funding from somewhere if they are serious about rescuing the sport.

A national development project is needed, but seemingly impossible to implement. Creating basic facilities and encouraging thousands of boys and girls to take up the sport is the first priority. Returning to a position of global dominance may take a little longer.