ENGLAND’S Youssef Abdalla left Egyptian squash fans stunned when he sent home favourite Mohamed Hossan El Din tumbling from the  Sky Open in Cairo to book himself a first round encounter with World No,5 Karim Darwish.

The 20-year-old Londoner, famed for his crazy hair and attacking squash, finished off his opponent in stunning style producing three winning nicks to take the match 11-9 in the fifth in 53 minutes.

“I think it’s fair to say that the Egyptian players and crowd were not expecting that result,” Youssef told SquashMad after the match.

“That puts me into the main draw. I’d love to get a crack at Darwish or Shorbagy, they are brilliant players and I want to test myself against them.”

Youseff, ranked 217 in the world and playing only his second season on the PSA tour, toppled another Egyptian, Youseff Mohamed, in Sunnday’s first round qualifier. He was then handed his dream draw after being paired with Darwish. “I’m really looking forward to it,”added Youssef. “He is one of my heroes.”

Youssef found the conditions of playing outside on a glass court just as tough as the skills of Darwish as he oredictably went down in three, but he said:” Great experience…I will LEARN FROM IT.” 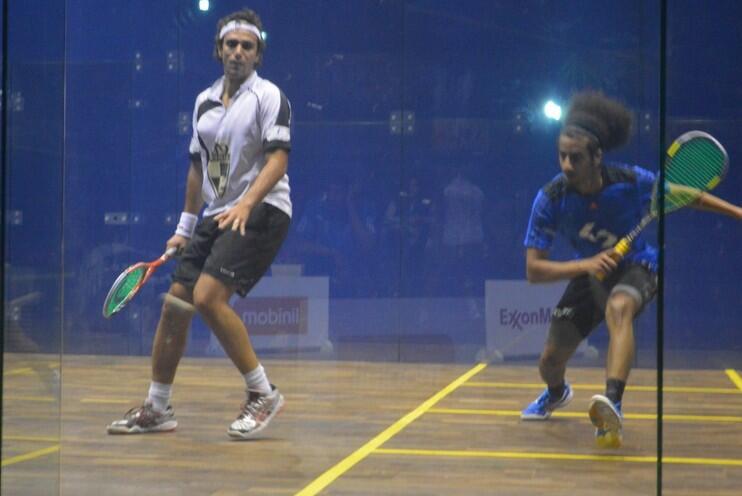