Heartbreak as Ramy quits to put Matthew in final

Ramy Ashour retired injured from his World Championships semi final match against Nick Matthew then revealed:” I’ve been stuffing myself with anti-inflammatory pills for months now, hoping that my body would hold.”

World number one Ashour, unbeaten in his previous 49 matches, has been short of 100 per cent fitness throughout the tournament and had to retire two points into the third game with what appeared to be a calf injury. The match was perfectly poised at 1-1.

It was a massive disappointment for the full house and the watching BBC audience. It was the match everyone wanted to see and the first game lived up to the top billing.

Ashour was stunningly accurate, hitting with power and moving well. Matthew was struggling to handle the guile and pace and accrued only six points as the Egyptian took control.

The second game was in complete contrast. Matthew, with the words of coach David Campion fresh in his mind, looked a different player completely volleying and moving with consumate confidence.

Whether we were seeing the first strains of Ashour’s injury is hard to say, but Matthew was dominant racing to an 11-2 win.

But as a contest, it was  over. Ashour delayed his return to the court by a minute of two, exchanged two points in the third game and then stopped, shook the Englishman’s hand and left the court. It put Matthew into his third world final in four years, but it was not the way he wanted it. He’ll face Frenchman Gregory Gaultier who defeated Egyptian Mohamed El Shorbagy in four.

Afterwards, Ramy recvealed:” I got injured on the last two points of my match with Cameron Pilley, and somehow managed to win against Saurav. I had a lot of physio treatment and acupuncture the last two days, and have been taking pills to try and relax the body and the muscles down.

“I’ve been pushing on the other leg, which is not good either, because the other leg is not supposed to take as much pressure as that. I was keeping on hoping that things would be fine, I was trying to stay positive but…

“It’s obviously a big disappointment for me. I’m going to go and see what they say in Aspetar, the clinic in Qatar, to see once again what’s wrong with my legs. They say I suffer from fatigue in the hamstring, and they are not sure if there is something I can do to prevent this from happening again and again.

“Now, I can’t complain, I had a good season, a great season, and I have to take that loss like a man, and accept that other people had bad times as well. But I have no fitness coach, and I’ve been stuffing myself with anti-inflammatory pills for months now, hoping that my body would hold. But the body just can’t take it anymore.

“For the 25th time, I’ll try and find a way to play the game without worrying too much about my body…”

Matthew said:”It’s not how I wanted to go to the final. I feel sorry for Ramy and the crowd. He has been telling people all week about his fitness but I had to block that out. I still regard Ramy as unbeaten. That’s not the way you want to beat him.

“Ramy’s been telling us about that injury all week, so I tried and shut it out of my mind before the match. But it’s maybe why I didn’t play my basic game in the first game, maybe I was too aware of his game instead of focusing on mine.  And that’s why in the second, I stayed in my own bubble. It could have been mind games as well. But it was not.

“I feel a bit flat right now and my thoughts are with him (Ramy) and with the crowd and with everyone else really. I need to make sure the doesn’t hang over in to tomorrow.
“The crowd were brilliant today. They really lifted me in the first game and hopefully there will be more of the same tomorrow and they can pull me across the line.”I’m not going to have not being fresh as an excuse am I? I’m probably never going to go into a World Championship final feeling as fresh as this.

“I’m disappointed for Ramy. I’ve got to digest what just happened for about an hour and then I’ll be concentrating on my match. At some point, I’ll be selfish and concentrate on me, but for now, I just fell that Ramy’s still unbeaten, I’d only count it as a win if he’s fit …
I have to be a bit selfish now. I’m in the final. I need to focus on that. ” 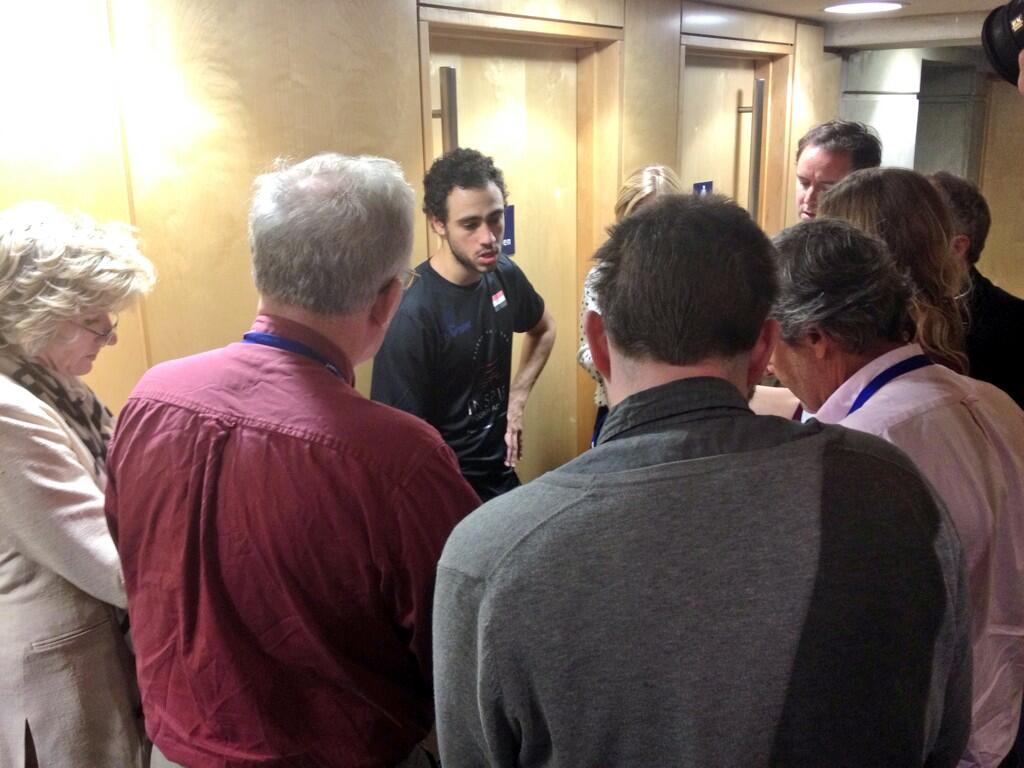