Lee Horton December 7, 2013 No Comments on Ramy told to pay up as he tests injured leg on court 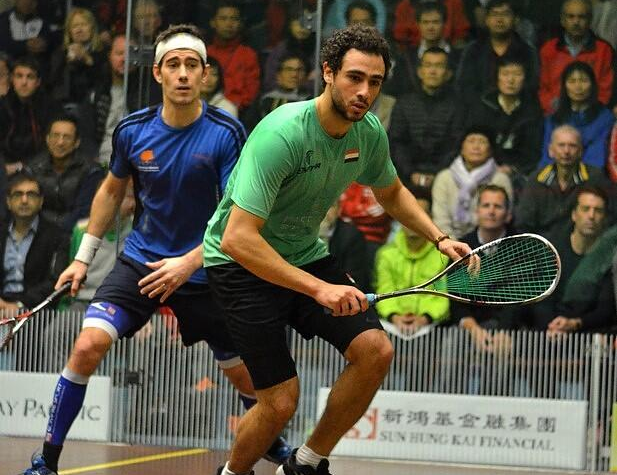 RAMY ASHOUR was back on court today, less that 24 hours after injury blew away his hopes of glory at the Hong Kong Open.

The world number one returned to the all-glass court in  Hong Kong harbour for a gentle hit to test out the hamstring injury…and was promply hit with a 108 HK dollar bill for the privilege.

The courts have to be paid for outside those booked by tournament organisers. Even the world number one has to pay up and look big. Mohamed Elshorbagy also had to dig deep for an early morning session last week.

Ramy told his Facebook followers: “Just finished a good limp,  I mean hit ,on the court I got injured on last night here in Hong Kong… It was worth the 108 Hk dollars “ 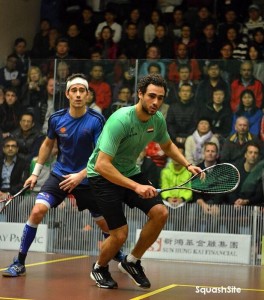 Ramy knows he will surrender his world number one status on January 1st. If Nick Matthew beats Borja Golanin Sunday’s final it will be him. If he loses, Frenchman Gregory Gaultier takes over the mantle.