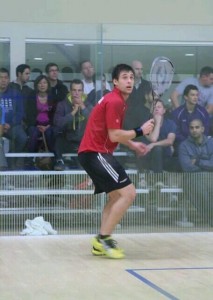 The squash family were united in their grief following the tragic death of young Canadian player Adrian Dudzicki.

Here are some messages from Twitter and emails which were posted within hours of the sad news breaking.

“We have lost a great character yesterday.  Adrian never failed to make a long car ride interesting, and he spiced training up with his passion and drive.

I got to grow up alongside him, and watched him grow from a boy with too much energy into a man who channeled that and applied himself intensely and determinedly to what he loved.

It’s way too soon to see him go, I have no doubt he had a lot left to accomplish.  He will be sorely missed.

I won’t forget how hard he worked on and off the court, and I will strive to do the same.

In this tough time, I send my deepest condolences to his family.”

Rest in peace Adrian Dudzicki. I can’t believe it!

We lost a great friend and competitor today. Rest in peace Adrian. You were taken from us far too soon

Terrible news hearing about Adrian Dudzicki’s passing. We certainly had our share of contentious battles. Squash has lost a true character.

Heartbreaking to hear about Adrian Dudzicki today, one of our fellow squash pros. Thoughts go out to his family and friends. #ripadrian

Today is a reminder about how we should value and be thankful for our life because at any moment, it can end. RIP Adrian Dudzicki

Some things in life seem pretty trivial when you hear news of a young man losing his life too early. Lets remember Adrian Dudzicki. Sad day.

Adrian Dudzicki “a gentle & intelligent man”, “a bright light and a kid who had every chance to make his mark on the world squash scene”.

PSA Chief Executive Alex Gough said: “It is with great sadness that we have learned of the death of Adrian Dudzicki, a talented young player who had the squash world at his feet.

“Adrian was a dedicated squash player who was always a pleasure to deal with and who had a promising future ahead of him.

“Our thoughts are with the Dudzicki family at this sad time. He will be sorely missed.”

+++
Robbie Downer posted this tribute on Facebook:
A very sad loss of one of Canada’s top squash characters and a good friend – Adrian Dudzickii who today passed away, my mutual friends with him have already mentioned it is really important to celebrate his life with the greatest of memories…I have too many of these memories to post up but I will share one of my favourites…Back at the 2011 Slovakian Imet Open they put on their annual players function on the Friday night, and after the last session of matches they took us into one big seating area in which they had these gorgeous traditional dancers come out and perform for everyone in the tournament, after they had done their own performance some of the players were quickly requested if they wish to volunteer and attempt to dance with these lovely ladies, of course the first man to raise his hand and shout ‘Hell Yeah!’ Was Dudz…He got straight up and started working his own moves which were pretty good and oh so funny, not to mention making the lady blush a lot from his quirky style and Canadianism. He made a lot of people smile and laugh and has a lot of friends and fans out there. I will never forget his enthusiasm. And I send my best wishes to his family. RIP mate x 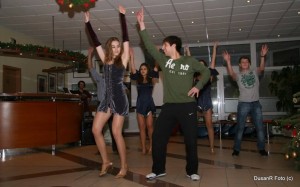 FROM THE CANADIAN MINISTER OF SPORT

Statement by the Honourable Bal Gosal, Minister of State (Sport), on the Death of Adrian Dudzicki
OTTAWA, November 21, 2013 – It was with great sadness that I learned Canadian squash star Adrian Dudzicki passed away yesterday.

Born in Latina, Italy, Mr. Dudzicki was raised in Ottawa and learned to play squash at the Ottawa Athletic Club. For the past few years, he was based in the Toronto area, training at the National Squash Academy.

Mr. Dudzicki was a talented athlete who reached career highs in 2012 of 9 in Canada in the Men’s Open singles and 136 on the Professional Squash Association world rankings. He also represented Canada at the 2010 World University Games in Melbourne, Australia, and was the Canadian University & College Champion the same year while attending the University of Ottawa.

On behalf of the Government of Canada, I would like to offer my sincere condolences to the family and friends of Adrian Dudzicki, as well as to Canada’s squash and sport community for the loss of a gifted young athlete.