Alex Wan November 28, 2018 No Comments on Trio of upsets in Singapore as top seed Wee Wern stays on course

The 22-year old from New Delhi, who played the fourth string for India at the Women’s World Team Championship this year, started in devastating form as she only allowed her Maltese opponent only a single point in the opening game.

Colette fared a lot better in the next two games, but there was no stopping the young Indian, whose win here today means she maintains her perfect winning record on Singapore soil.

“It feels really good as this is my first big tournament. I’ve come without my coach and any family, so it’s nice to know I can play on my own. It’s really good to be playing in this court after I did so well here a month back.”

Third seed Jemyca Aribado narrowly escaped the jaws of defeat in the hands of Korean teenager Oh Sunghee. The world number 80 had to twice come from behind for her win today. The Filipino wasn’t playing her best evidently, but Jemyca was able to gather all her experience to force the decider, which she eventually won on the tie-break 12-10. 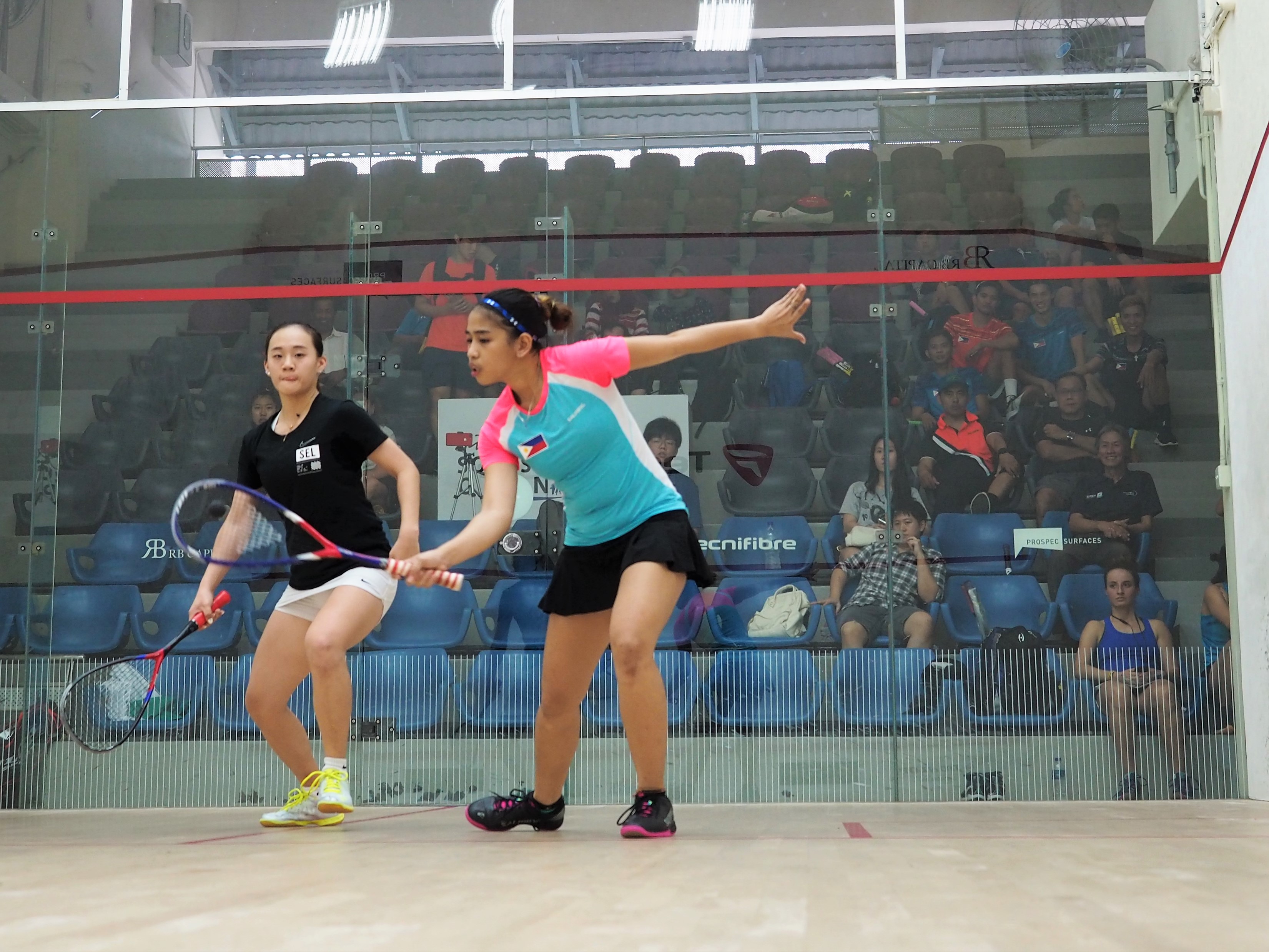 “I guess I wasn’t really prepared enough mentally. There was also some discomfort in my arm which gave me trouble with my cross courts. I’m not really happy with my performance, but I’m happy to get through the match,” a relieved Jemyca said later.

In the much anticipated local derby, Sneha Sivakumar upstaged her higher ranked rival Au Yeong Wai Yhann. The match lived up to its hype as it went all the way to the decider before Sneha booked her place in the last eight

“It feels really good to make it to the quarters of a PSA event, especially one that is happening here in Singapore. Obviously, it was a tough and intense match playing my team mate and I am glad I pulled it through in five games. I haven’t played a tournament since September, so I had to keep changing my strategy. I think that made my game harder to predict today.

It would’ve been great if we were both in the quarters, but the draw is what it is,” said Sneha after her match. 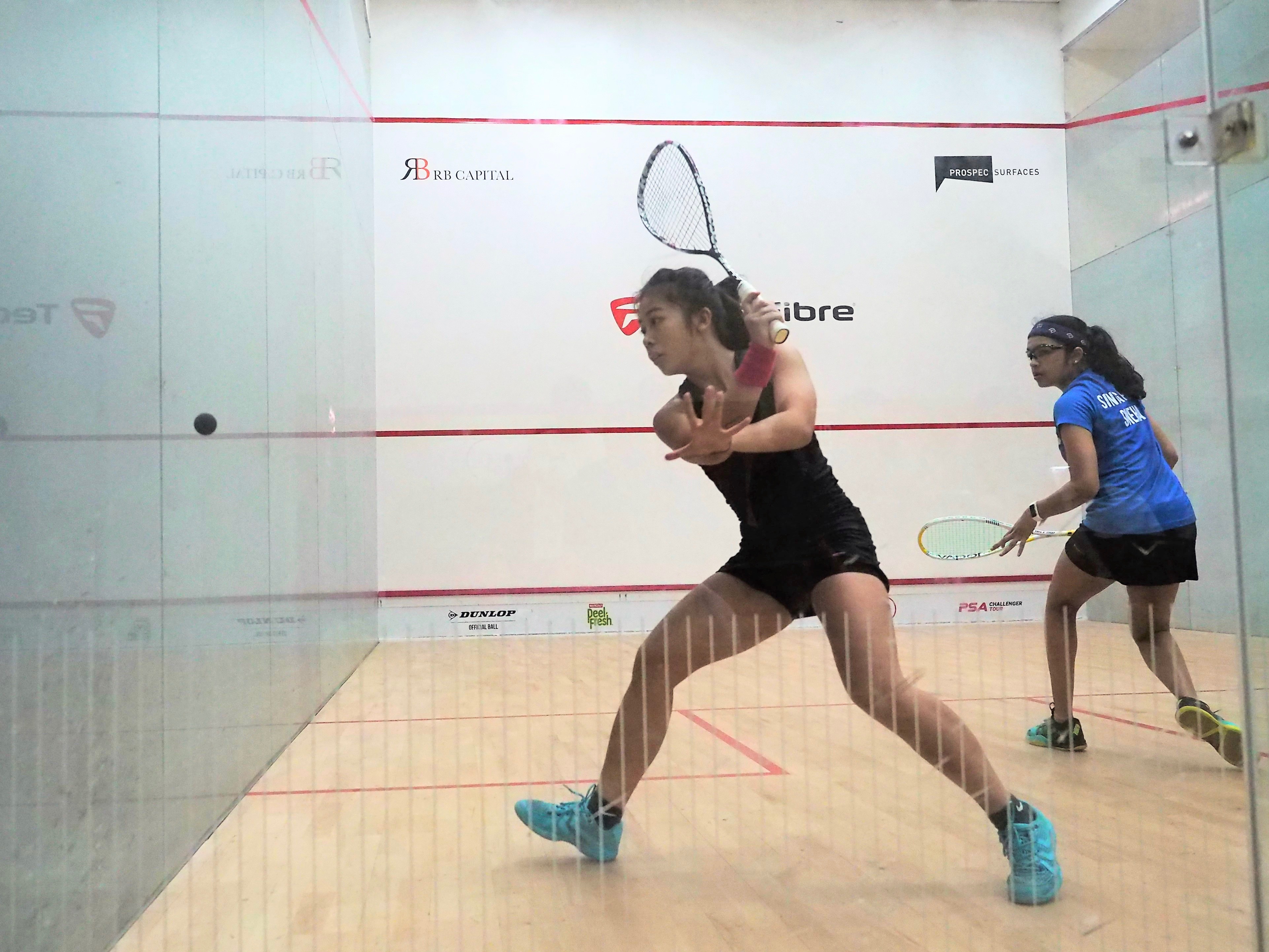 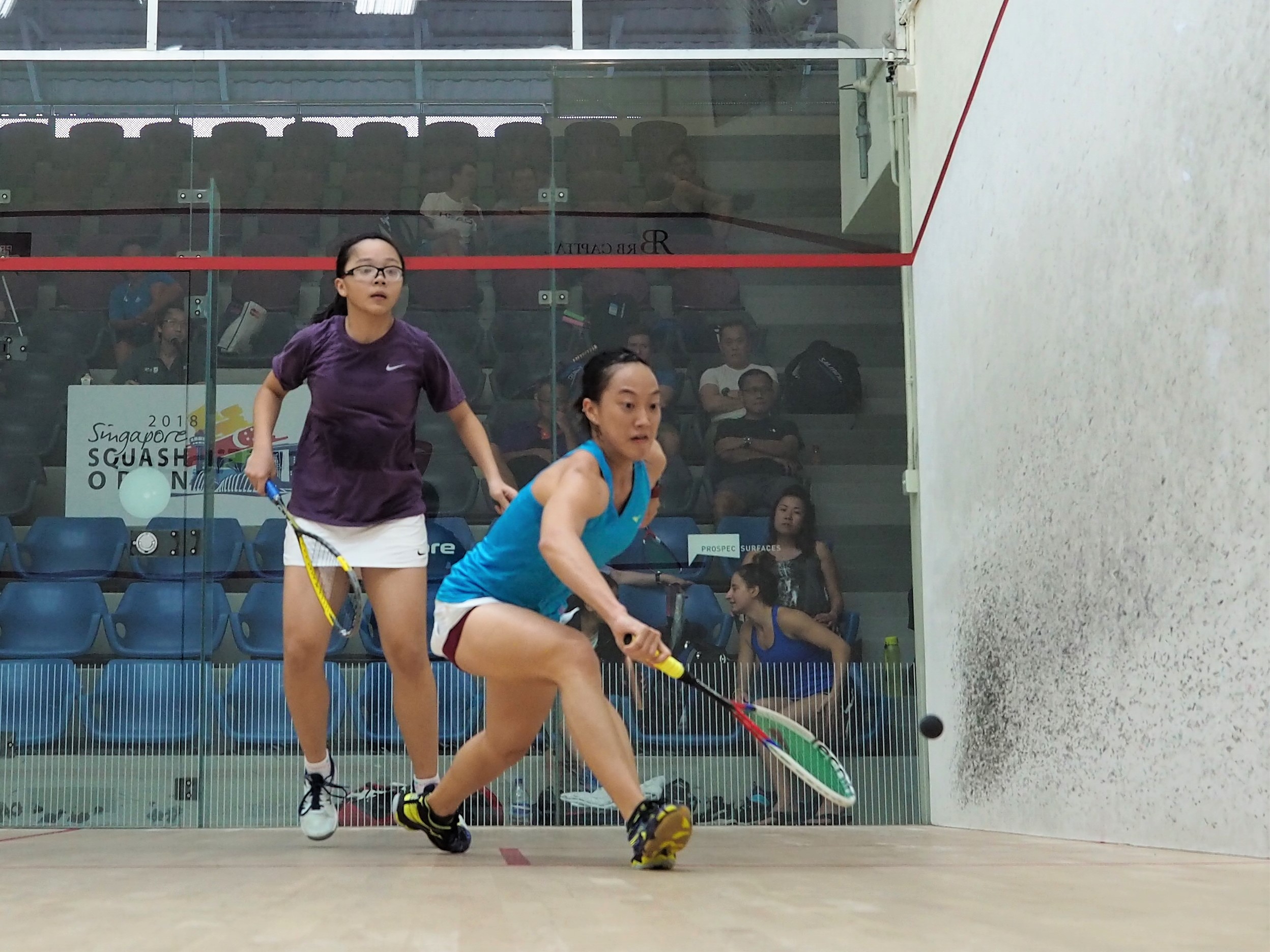 “It’s good to be back in Singapore, playing in front of so many familiar faces. I haven’t played here for quite a long time! It’s good to get the first match out of the way. It took me a while to get used to the court, so hopefully it gets better tomorrow. This is my last tournament of the year, so I hope to finish the year on a high. Just a last push on the three matches ahead,” top seed Wee Wern said.

In another upset of the day, Malaysian teenager Jessica Keng came from a game down to upstage her more illustrious compatriot Nazihah Hanis.