The 2019 CIMB Foundation WSF World Junior Squash Championships is in the hands of Egypt and there is none more deserving than Hania El Hammamy who nails her maiden crown while Mostafa Asal goes two up after a superb showing in the boys’ final.

Top seed Hania had suffered the agony of playing the bridesmaid role in 2017 and 2018, both times losing to compatriot Rowan Elaraby in the final.

Now competing in her fifth and final world juniors and in her third straight final, it was clear the world No. 15 was desperate to end her junior career on a high.

Hania El Hamammy (l) kneels down in disbelief after she finally won her maiden World Junior crown in her third final.

Hania however had to be at her best, especially in the early stages to see off a challenge by second seeded compatriot Jana Shiha 11-9, 11-6, 11-8 at the National Squash Centre, Bukit Jalil on Sunday.

The first game was a tight affair as Jana looked like she could derail Hania’s title bid with some early aggression to sneak in a lead.

But despite trailing for most of the first game, Hania found her composure under as she converted the big points to take the first game 11-9.

From there on the Cairo native never looked back and Jana, who was looking a little more weary after a gruelling five-setter semi-final a day earlier, committed too many errors during the course of the play.

In the end, a loose ball and a stroke sealed the win for Hania who looked simply relieved to have gotten the monkey off her back.

“It was heart breaking playing Jana because she’s a very good friend and it’s just so hard to play a close friend when you want to win the title so bad,” said Hania.

“I had to put our friendship aside when I was on court and I’m glad that I managed to get through it to be finally called world junior champion.

“This win is really important for me because I’ve been watching all my favourite players on the PSA Tour and they’ve all won the title at some point.

“I was angry that I didn’t win this before and for the past three years I’ve really hoping to win it. There was a lot of pressure on me too and I was also nervous to start because I didn’t want to lose in my last world juniors,” added Hania. 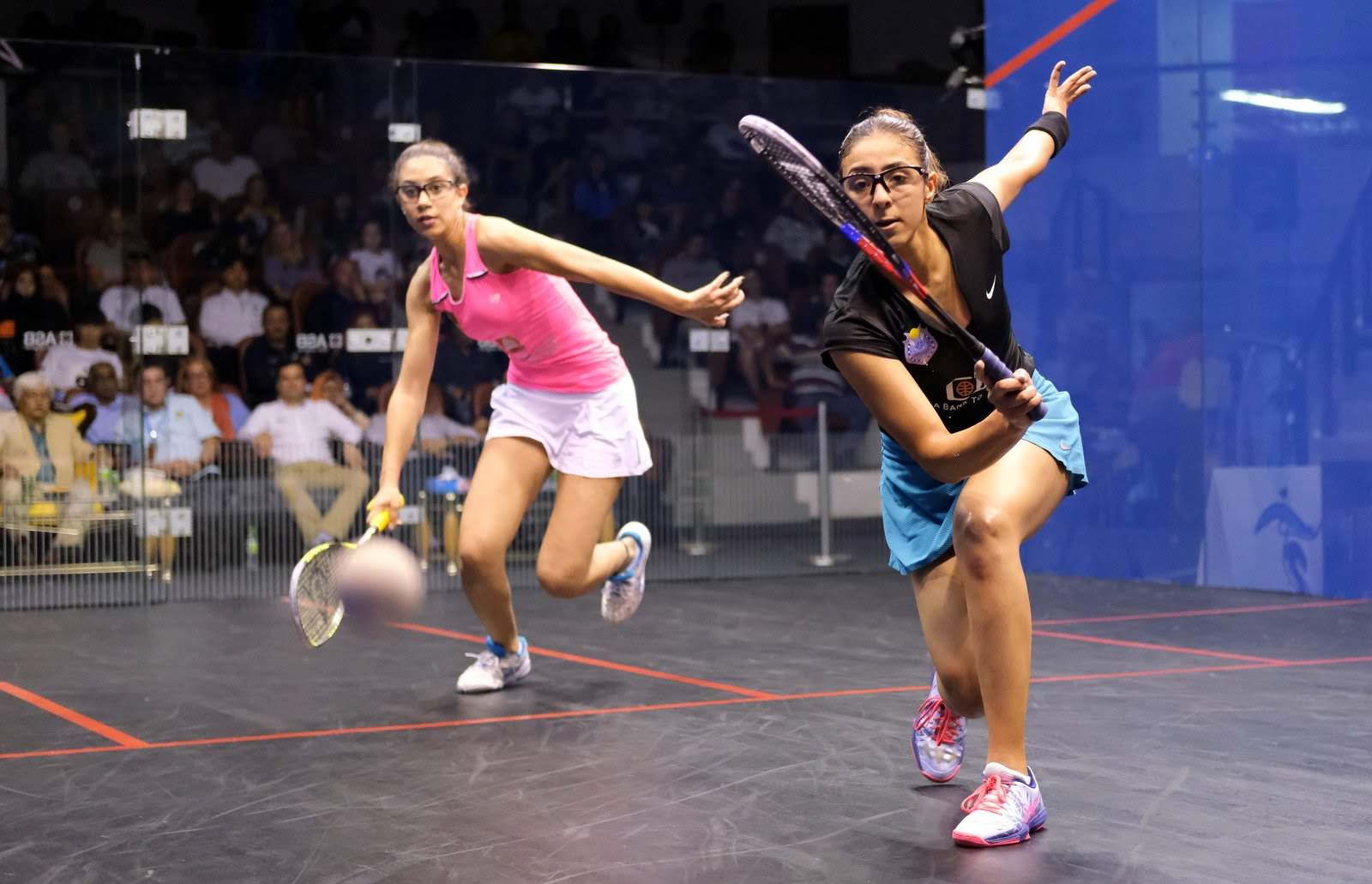 Hania’s (r) precision was too much for a weary Jana Shiha today, who was still feeling the effects of her gruelling semi-final win.

Said Jana, “My body was a bit sore from yesterday, having played a five-setter semi-final and I probably wasn’t in the best shape.

“But I think I played good overall until the third game where I gave out too many unforced errors.

“But I’m happy for Hania. It’s her last world juniors and I’m glad she made it while I still have one more year and hopefully I can win it next year.

“Of course playing in this final helped me. The mood and the tension is completely different and now with Hania done with juniors, I believe I’ll be more prepared to win it next year.”

In the boys’ final, top seed Mostafa put up a showman’s performance as he put down compatriot Moustafa Elsirty 12-10, 11-3 11-6 for his second straight world junior title. 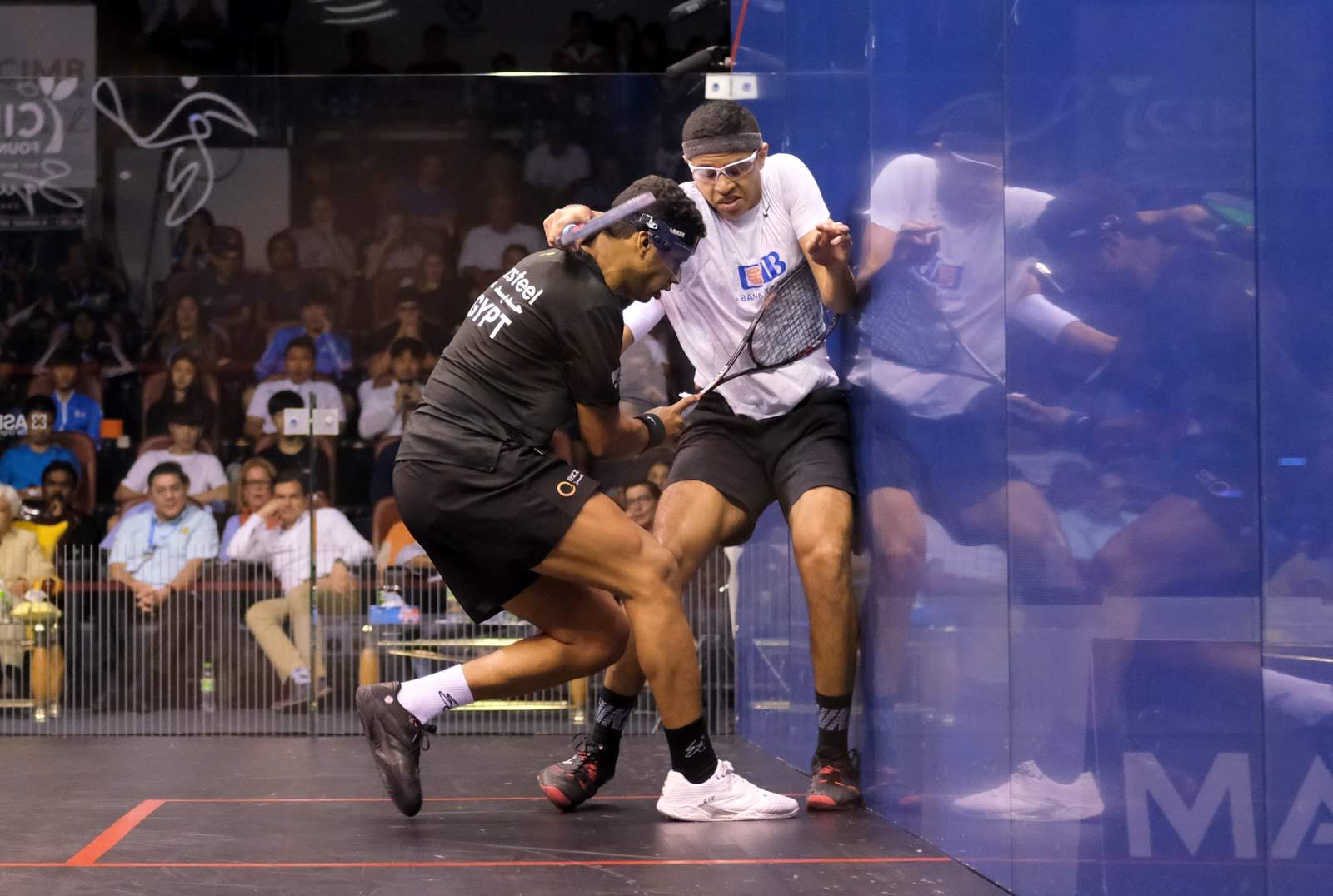 It was a very physical first game, with eventual champion Mostafa Asal (l) receiving a conduct stroke for this play.

The first game was a physical affair with both players contesting hard to get into space and Mostafa was even given a conduct stroke for shoving Moustafa into the side wall.

That however, snapped the Cairo native back into the game and despite being 10-7 down, he managed to save all three points before going on to take the game 12-10.

No thanks to the fact that the referee was not able to keep things under control, the physicality continued for the entire match.

However, after the first game, it was a one-sided affair as Mostafa simply exerted his influence while Moustafa looked a spent force.

The world No. 29 would eventually wrap up the win after 41 minutes to be the fourth Egyptian since Ramy Ashour, and the Shorbagy brothers – Mohamed and Marwan, in winning two world junior crowns.

“It’s an amazing feeling to win for the second time although I’m happy to return this trophy after a week,” grinned Mostafa.

“It was a tough game because I was 10-7 down in the first and there was a lot of pressure on me.

“I think it always difficult coming into the junior competition being so high ranked on the PSA Tour. The pace is always different and that was something I had to adapt to this week.

“But I’m thankful that I was mentally tough today especially in the first game because taking that game was so important for me.”

Meanwhile runner-up Moustafa who is still eligible for next year’s world juniors, believes he needs to work on his mental strength in order to take the title next year. 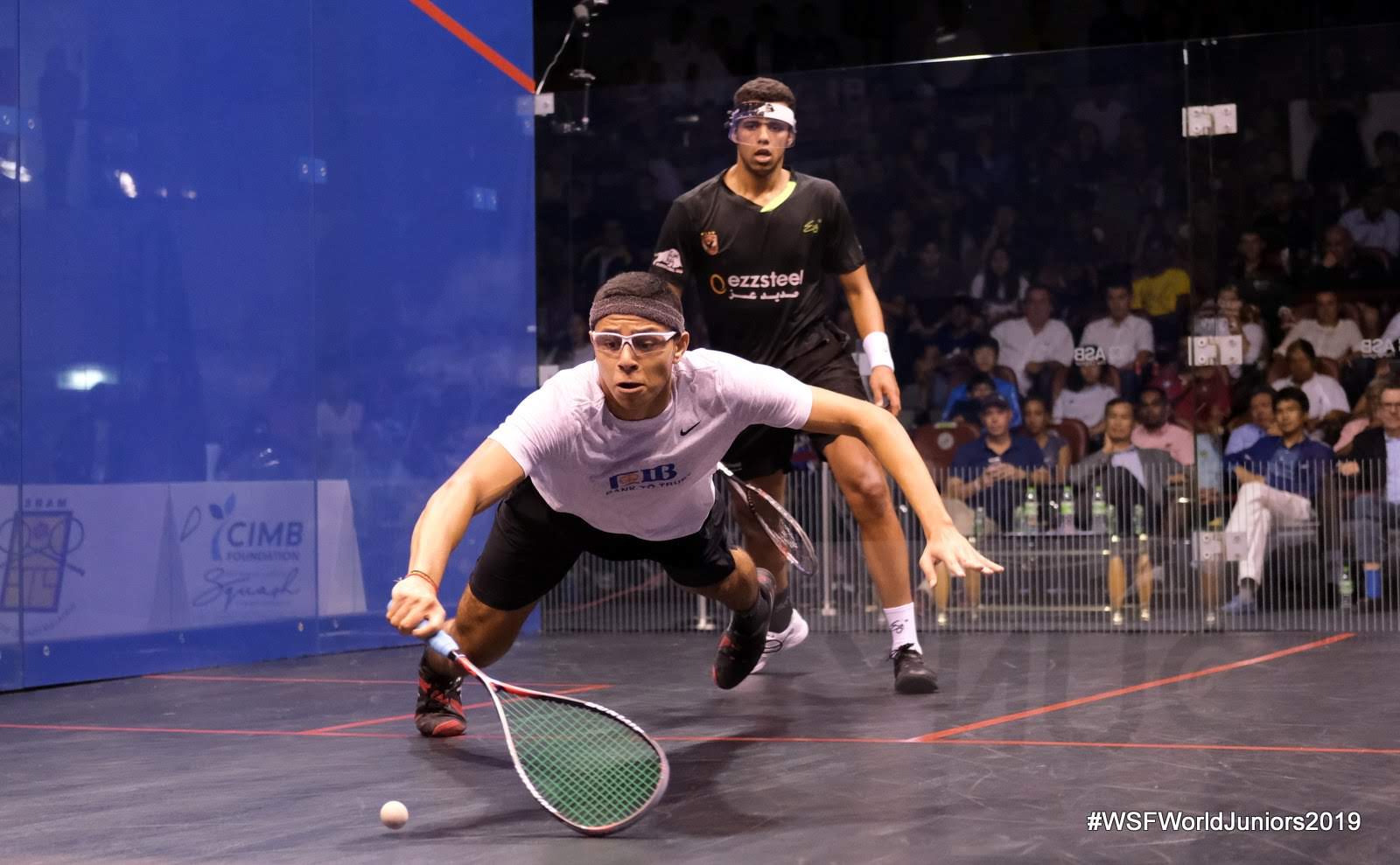 Moustafa Elsirty (front) is still happy with his second place finish, after finishing joint-third the year before.

“I am thankful for a second place finish after finishing third last year. It shows progress in my squash and hopefully I’ll come back and win it next year,” said Moustafa.

Meanwhile this marks another successful year for Egypt as they sweep both titles for the third straight year.

The competition now proceeds with the girls’ team competition which starts on Monday. Egypt are favourites for the title as top seeds, with hosts Malaysia in second, while Hong Kong, after enjoying a successful individuals campaign, have been elevated to third seeds ahead of England and USA.