James Roberts March 29, 2020 No Comments on The French Resistance to the COVID-19 threat 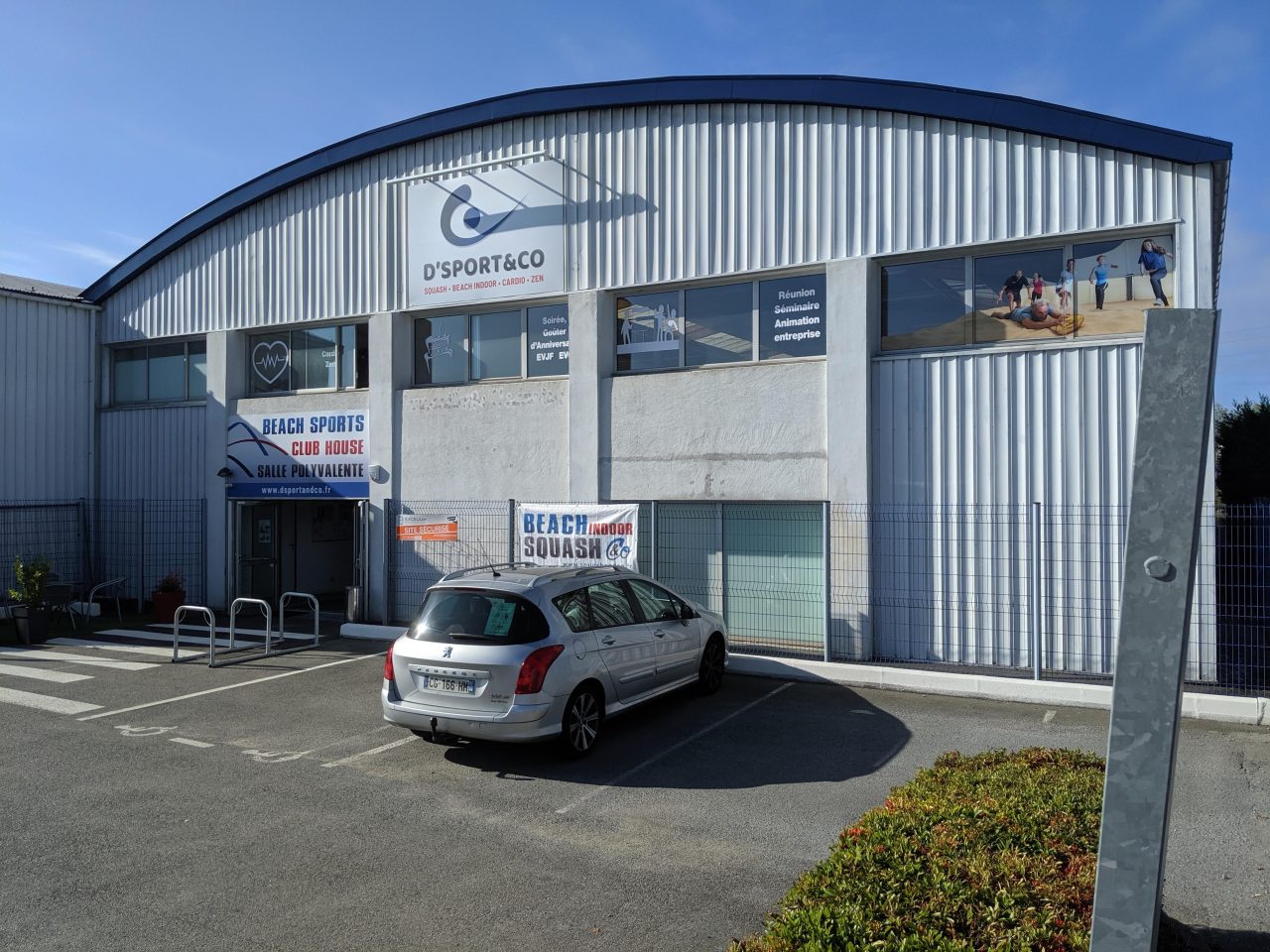 D’Sport & Co. in Nantes, built into an industrial unit

During my trip to the Open de France in Nantes last year, I wrote several blog articles on Squash Mad about my experiences of watching the tournament, as well as those of me and my travel companions from Northamptonshire, which included visits to a couple of lovely squash clubs built into industrial units.

Both clubs portrayed an image of a sport in France that is forward- thinking and starting to attract private investment, with dynamic individuals at the helm displaying a passion for the sport and a determination to succeed.

France of course went into ‘lockdown’ a week before us in the UK, on 14th March, with non-essential businesses being forced to close their doors with immediate effect and without warning. This of course included all sporting venues and clubs, so my thoughts immediately turned to concern for those French clubs we had visited and where we had been made so welcome. 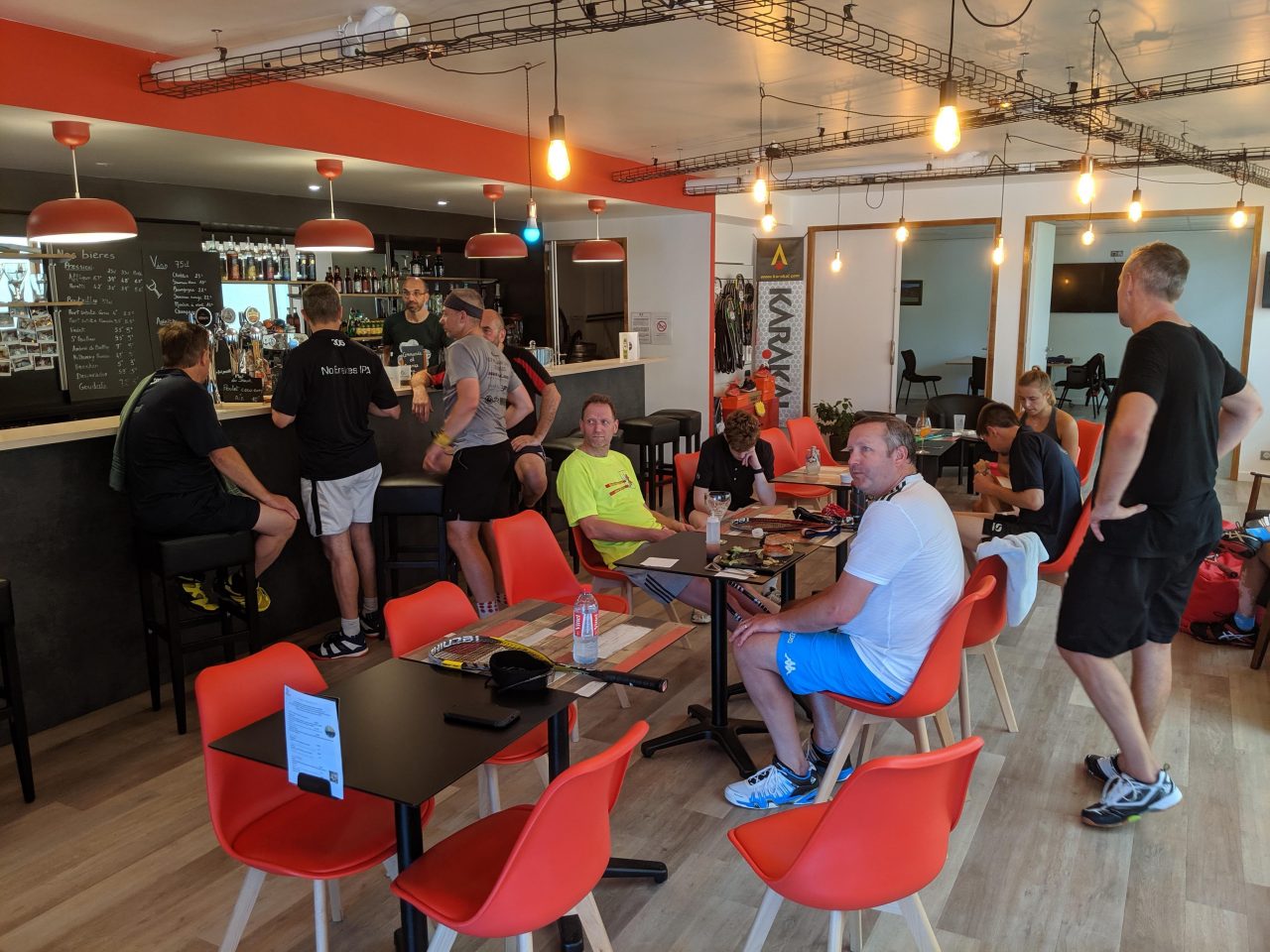 Cosy bar at D’Sport & Co. with a view over the courts

Since the lockdown was announced, I have been in regular touch with one of these clubs, namely D’Sport and Co. in Nantes, run by the charming and friendly couple Cyril Sepsault and Gaëlle Le Moigne. As I reported in one of my Nantes blogs back in September, they have been running a successful four-court club built into an industrial unit since April 2018, the product of their dreams first hatched back in 2014. Please see below for a pictorial storybook account of how their club came into being (in French).

While Cyril and Gaëlle are naturally concerned for the future of their club, I sense within them a steely determination to come though this, especially as they are fast approaching their second birthday as a club.

The initial lockdown in France came completely out of the blue with no warning and with no end date attached, but the club still remains hopeful that it could still reopen in time to celebrate its birthday at the end of April. If this is not the case, then of course they will hold a big delayed celebration. 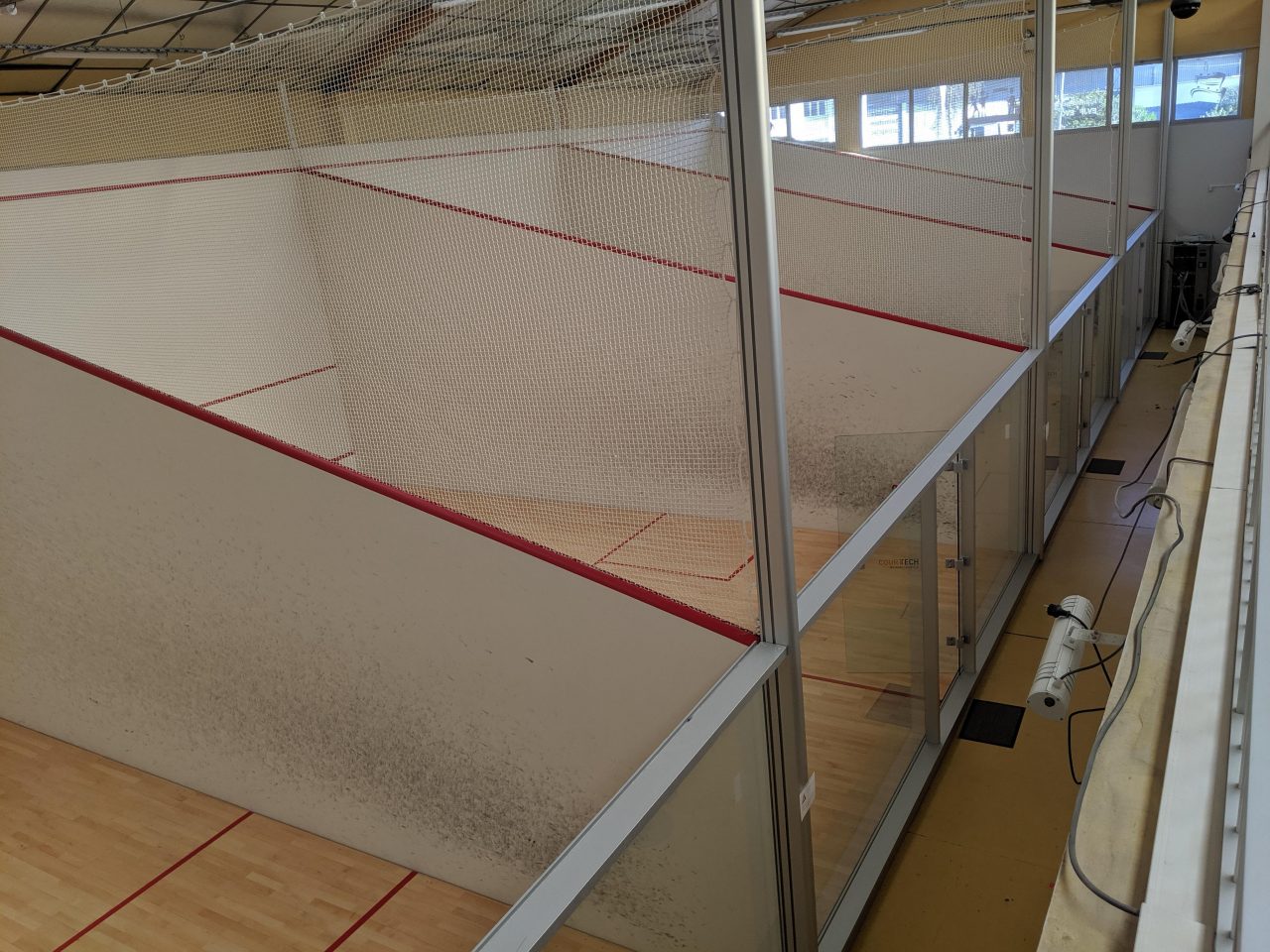 Since the closure, the club’s members have been amazingly supportive, stating that they will return as soon as the club is back open and volunteering services where they are able to help. As Cyril put it “our members have warmed our hearts”. The club has stayed in close contact with its members through WhatsApp and Facebook, suggesting games, workouts and routines they can do to stay fit and active, as well as sharing news generally about the club.

The club is also making the most of the enforced closure to undertake some essential repair and maintenance works, such as court repairs, general cleaning and redecoration. The club will therefore be in a pristine state when it welcomes its members back to celebrate its second birthday. 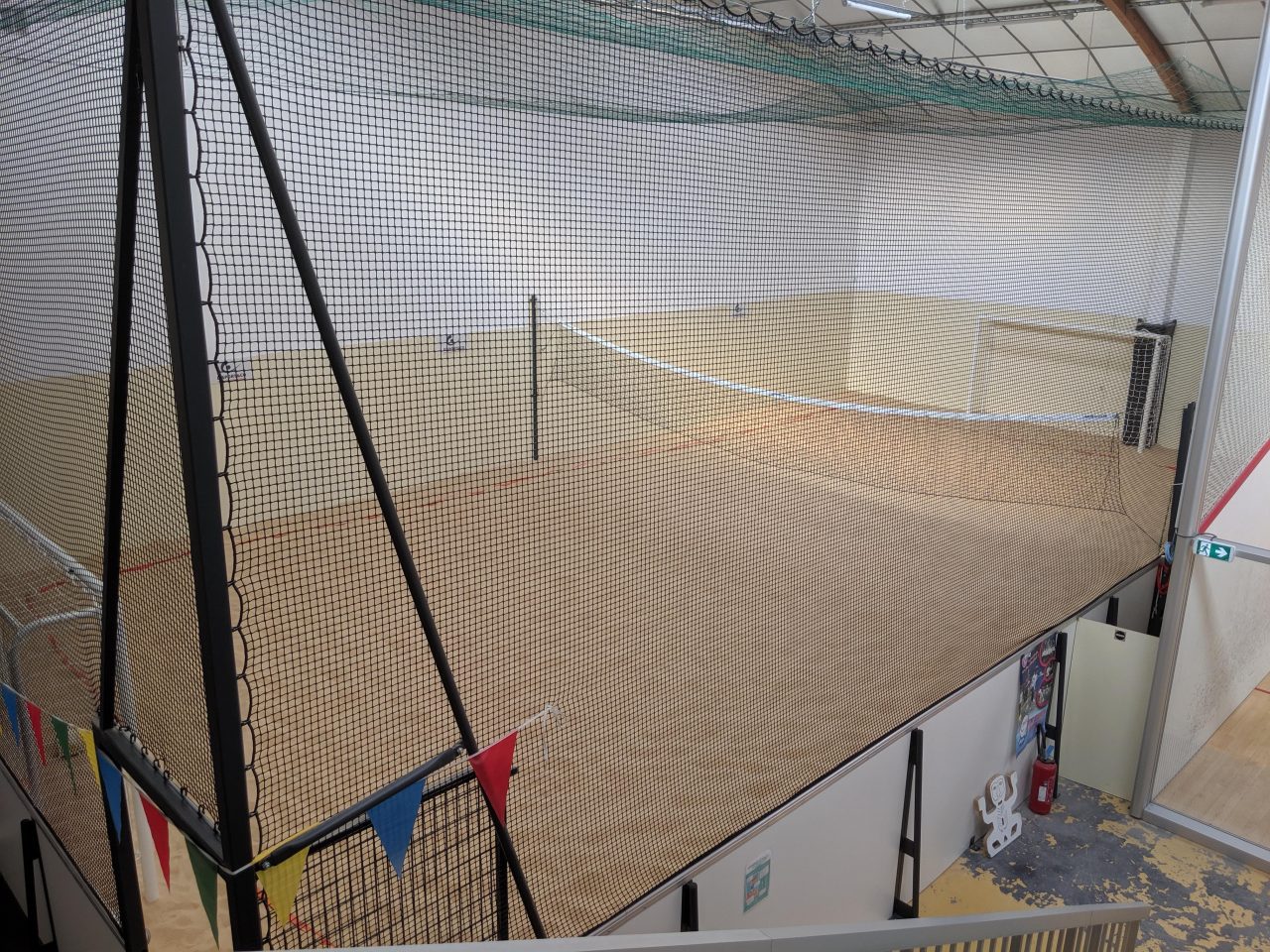 The financial challenge that Gaëlle and Cyril have to face is immense, but, as in the UK, the French government has brought in a raft of measures to support ‘les PME’ (petites et moyennes entreprises – SMEs in English, small and medium enterprises). These include the suspension of loan payments for six months, the renegotiation of commercial rents with staggered payment schedules and the postponement of staff and employment costs. The club also has the support from an excellent accountant who is fully versed with all the measures and how to access them.

For now, the club is able to use the immediate cashflow generated by the above measures to pay the bills that are necessary to keep the club afloat. However, Cyril and Gaëlle are aware that this can only be a short-term temporary solution and that if they have to remain closed for too many months, then the whole future of the club will be thrown into doubt. 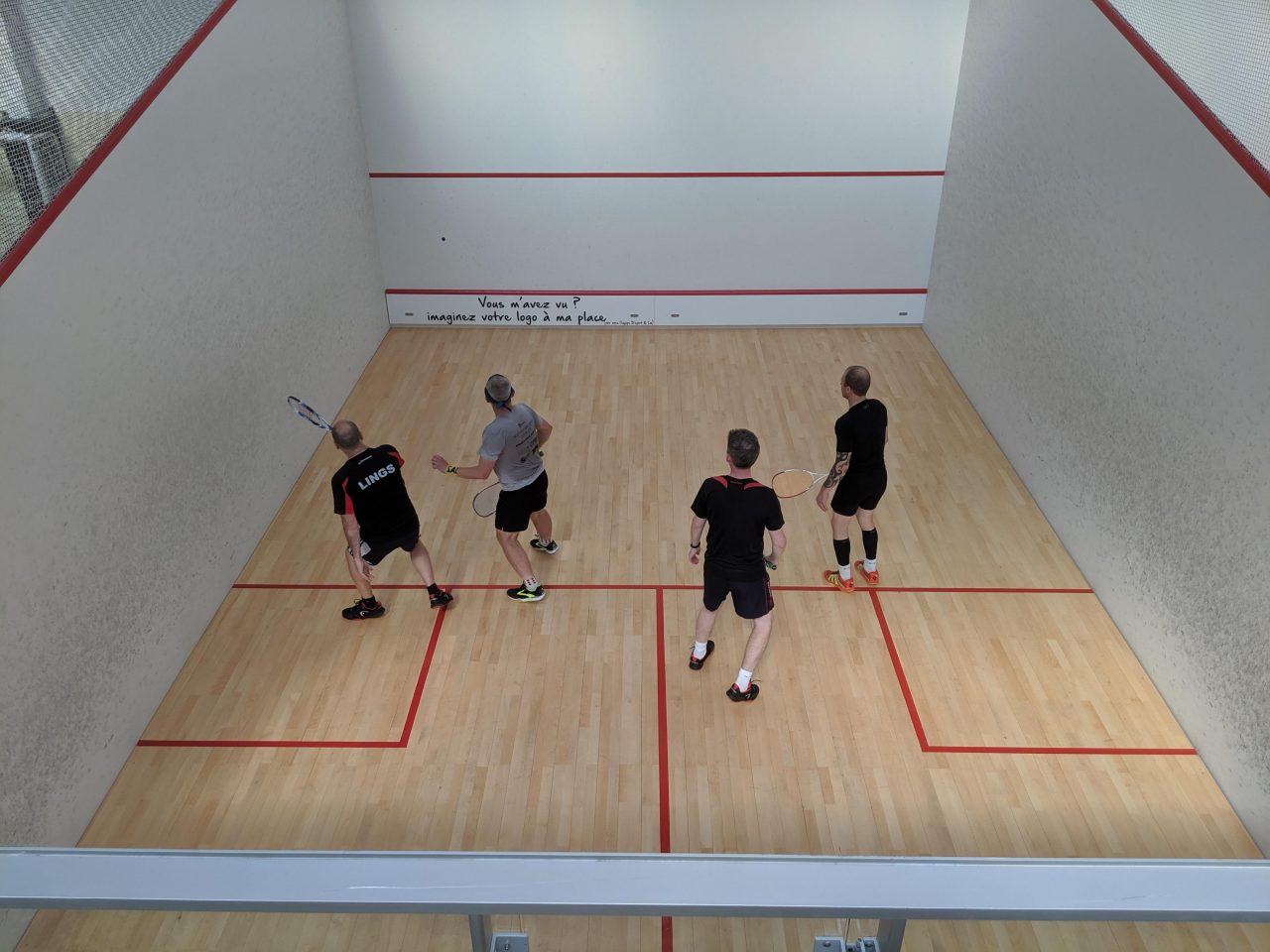 Visitors from Northants enjoyed a doubles tournament at D’Sport

This must be such a worrying time for all club owners in France, as well as in all countries where social distancing measures have forced the necessary closure of clubs to fight the spread of COVID-19.

We at Squash Mad wish all club owners and managers our very best wishes in their fight for survival and hope that Cyril and Gaëlle are soon able to reopen their doors to throw the mother of all birthday parties in the not too distant future.