Jessica Turnbull pumped up for Bendigo

Guest Contributor July 15, 2016 No Comments on Jessica Turnbull pumped up for Bendigo 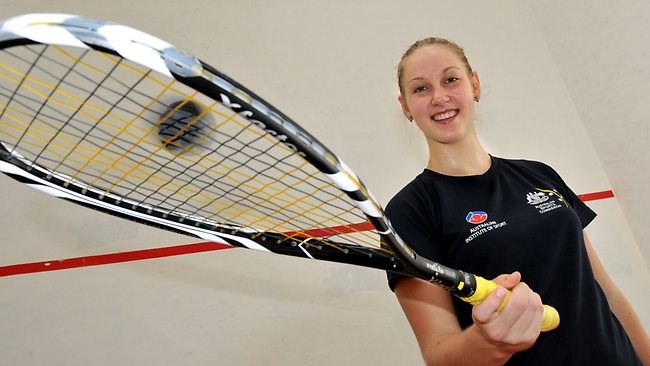 Jessica Turnbull is looking forward to the Bendigo tournament

The prospect of entering the 2016 Bendigo International Open as Australia’s highest ranked female will not daunt emerging star Jessica Turnbull.

The 21-year-old, who will enter the July 28 – 31 tournament as the fifth seed overall, returns to the Bendigo International Open in good form having made semi final appearances in both the Tasmanian and Sandgate Opens in the past month.

After making the quarter finals at the inaugural Bendigo event in 2015, Turnbull is optimistic of an improved showing this time around.

“My prep has been pretty good coming up to this tournament season – (before Bendigo) I have had three pretty tough tournaments in a row, so it won’t be a big training block but hopefully I can play well by having a lot of match practice,” Turnbull said.

“I’m definitely hoping to get further than quarter finals this year, but I know that will be tough, as the draw has a lot of very high ranked players.

“But I’m confident that I’ll play my best and hopefully that will get me into at least the semis.”

The Queenslander said she had happy memories of her last visit to Bendigo, saying it was a major factor in her decision to return to the tournament in 2016.

“I loved playing in Bendigo last year – obviously it was a brand new event and us players are always excited for new events,” Turnbull said.

“It was run excellently and everyone was really helpful if I had any questions about the town, (so) I’m hoping it will be just as welcoming this year.

“Being from Queensland playing somewhere that cold is a bit of a shock to the system, but the courts are great so it doesn’t feel so cold.”

Despite the perceived pressure that surrounds entering the tournament as the highest ranked female Aussie, Turnbull is intent on taking it all in her stride.

The world number 91 has instead preferred to focus on implementing improvements in her game that she hopes will not only hold her in good stead for this tournament, but push her towards the top 50 in the coming years.

“It was a bit of a surprise for me that I was the top ranked Aussie female, but it’s nice that I can fly the flag in a way,” Turnbull said.

“There’s always a little bit of pressure going into any tournament at any seed, but as a professional it’s something you get used to dealing with.

“Most of my game changes that my coach Nathan (Turnbull) and I have been focusing on this year are all mental strategies.

“Geoff Hunt always said that squash is like a game of chess, you need skill but more importantly mental toughness and that’s what I’ve been working towards improving as this year progresses.

“It’s a long road but it has been working for me. It’s tough with a ‘risk all’ mindset; you know you’ll have some not-so-great losses but I just have to persevere and trust that it will all come together eventually.”

The 2016 Bendigo International Open will take place at the Bendigo Squash Centre from July 28 – 31.