AS day three commenced and crunch time arrived a sudden onslaught of acting out, poor sportsmanship and out and out cheating infected some of the sport at the US Junior Open.

Children were seen breaking down, screaming at junior referees, and worst of all engaging in desperate fishing expeditions in hopes of gaining cheap unearned points. 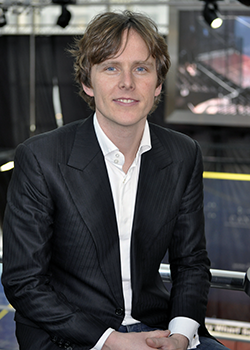 This was mainly in the consolation draws where junior referees were on occasion pressurized by inappropriate parents and supporters.

However, there were also highly contentious games in the main draws at Yale as the over concentration on winning at all costs seems to have completely taken over in some competitors’ minds.

In conversations with Damon Leedale Brown and Peter Nicol (pictured right), the consensus of opinion was that all talking by players on the court should stop other than appeals.

There were many well contested close matches today where the skill was exhilarating and the sportsmanship good or even excellent. But there were enough rancorous incidents to leave a bad flavour.

The referee should simply make a decision when asked and, once that decision is made, play should immediately continue.These incessant questions and arguments with referees are simply making the flow of the game impossible and are affecting outcomes.

There were of course some beautiful games and clear indications that new talent is coming to the fore. I saw Thierry Lincou today, studying a young French player.

In the boys Under-17s, two familiar names went onto the score sheet as the match between Spahr and Doyle went ahead as scheduled – the sons of two great coaches Chris Spahr and Bill Doyle.

Elsewhere in the competition Timmy Brownell continued his progress against strong opposition. He is the son of Chris Brownell, whom I mentioned yesterday, the long-term coach of Dartmouth.

There were many well contested close matches today where the skill was exhilarating and the sportsmanship good or even excellent. But there were enough rancorous incidents to leave a bad flavour.

This is sport and should be sporting. Winning is a consequence of playing good sport, not the primary focus. The game plan must be the priority and a desire to improve. Meanwhile tomorrow is finals day and we hope to see brilliant Squash and fewer histrionics.