Byrtus Czecking in to leave his mark at the World Juniors

Alex Wan August 2, 2019 No Comments on Byrtus Czecking in to leave his mark at the World Juniors

Viktor Byrtus has waited far too long to make his debut in the individual event of the WSF World Junior Squash Championships. Last year, Byrtus was at the forefront as the Czech Republic, not the most renowned country for squash, took the world by storm as they finished joint third at the World Junior Team Championships.

Along the way they took down Pakistan and then claimed a superb win over Malaysia in the quarter-finals before eventually falling short to a very dominant Egypt in the semi-finals.

It was just unfortunate that Byrtus didn’t compete in the individual event last year due to a lack of funds.

But the 18-year-old Byrtus is looking to make up for lost time this year in his first and also last world juniors.

He’s certainly seeded to do so, as the joint third-fourth seed to make up the top four seeds alongside Egyptian trio Mostafa Asal, Omar El Torkey and Moustafa Elsirty. 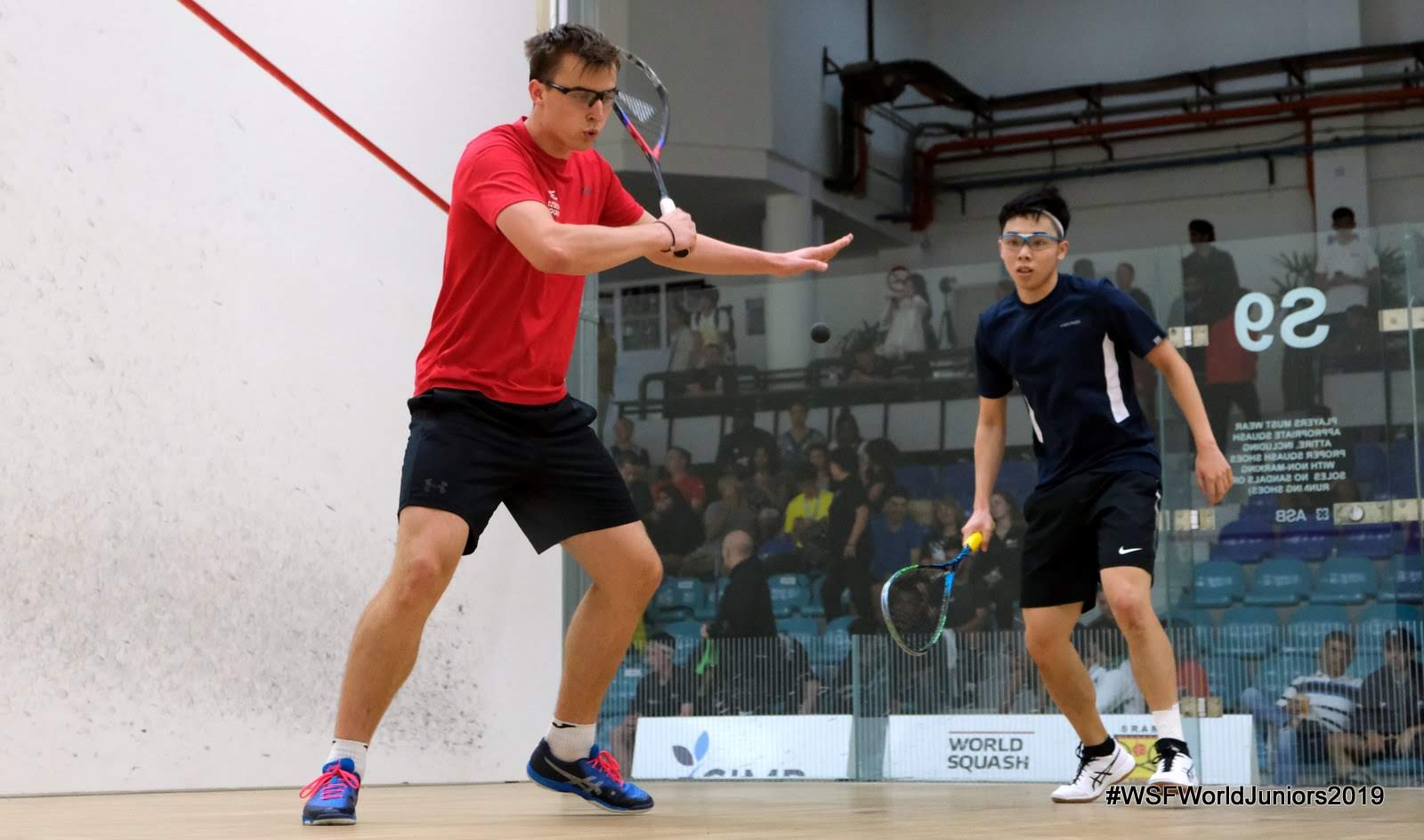 Viktor in his match against Hong Kong’s Wong King Yeung

“I’m happy with my performance to start and I’m also pleased to be the third-fourth seed alongside the Egyptians. But there are a lot of tough players out here and the matches from the third rounds onwards will be really good,” said Byrtus, who meets England’s Lewis Anderson next.

“For me a really big thing to play in the individual event for the first time. I wanted to play so badly last year but couldn’t because of the financial situation.

“None of us played in the individuals and we really just went all out for the team event. It turned out to be a great move because we took home a medal at the world juniors for the first time in the history of the Czech Republic.

“That was really special for us and in fact if we had a better draw, playing England instead of Egypt, we could have even made the final.

“It was a really good achievement for us because its tough to train a lot back home. We’re not that rich of a country to be able to fly out to different continents.

“But we’ve been the top two or three in Europe in junior level and we’ve always gotten a medal at the European junior teams for the last five or six years. In fact we are the only ones who can really push England or France in Europe.

“I was also runner-up at the European Junior Championships last year before winning gold earlier this year,” added the Ostrava-based Byrtus.

Meanwhile Byrtus who is currently ranked No. 206 in the world, also added that he’s hoping to step up on the Professional Squash Association (PSA) Tour as well after the completion of this world juniors.

“I’ve played some PSA tournaments for last three years but its tough to commit because of school and the regional events. I’m quite happy with my rankings now but it can definitely be better,” said Byrtus.

“For the next season though, I probably need to find a sponsor to maybe fly back here to Malaysia or maybe Australia to stay for a month and also to play in a few more tournaments.

“That would probably give me the experience that I currently lack,” he concluded.

But for now, Byrtus is just focused on ending his junior career on a high and to continue putting Czech Republic on the squash world map. 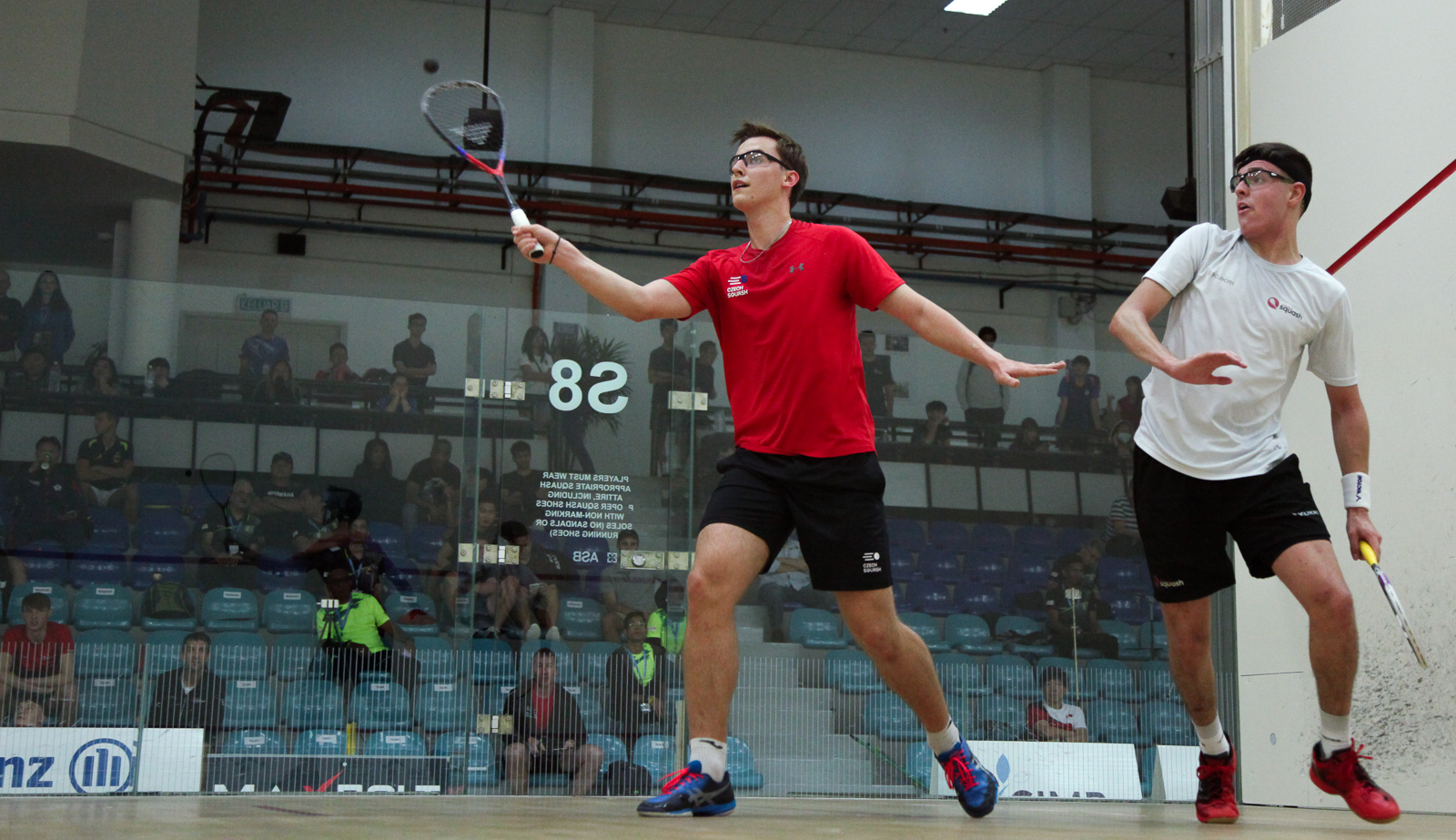 Viktor returning a shot against England’s Lewis Anderson, who went on to beat him for the biggest upset of the event so far.

However, at the time of publishing, the Czech had fallen to the giant-killing run of England’s Lewis Anderson, who beat two seeds in a row and will today play India’s Veer Chotrani for a place in the last four.