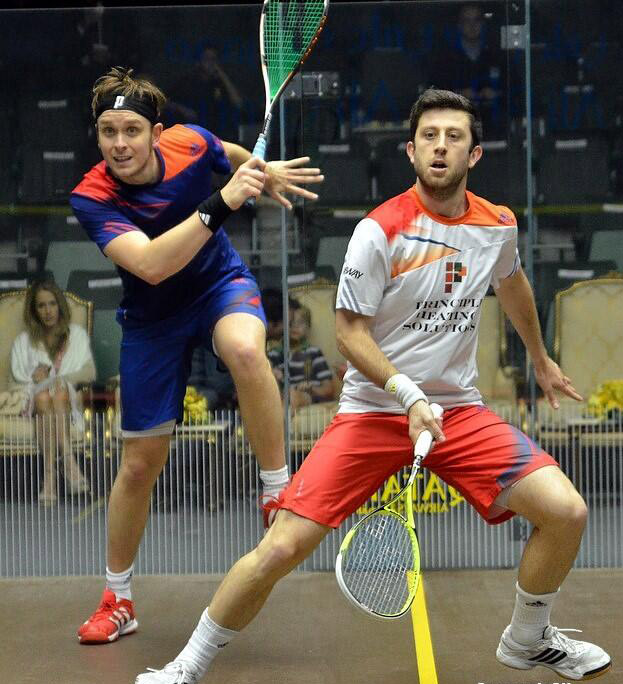 DARYL SELBY pulled off a massive upset in Doha today when he beat world number 3 James Willstrop in a pulsating second round Qatar Classic showdown.

And Selby, who reached the quarter finals of last week’s World Championships, revealed minutes after the match:” That is the first time I have beaten James in 23 years. I have been playing him since I was seven years of age and I have never beaten him. This is a massive win for me.”

Selby from Essex went two games up but looked to have lost his opportunity when the No.2 seed came storming back to level.

That set up a tense, high quality fifth which Selby eventually won 13-11 finishing with an audacious behind the back exhibition volley.

The upset, which takes Selby into the quarter-finals of the seventh PSA World Series squash event of the year at the Khalifa International Tennis & Squash Complex, follows 12 successive Tour defeats by former world No 1 Willstrop since January 2007 – and further losses harking back to the final of the British Junior U-12 Championship in October 1994 when Selby mustered just two points! “I’ve come close before and thought I’ve done it, so it’s a massive weight off my shoulders.

“It’s a big confidence-boost, especially coming off making the quarters of the worlds last week. I want to keep going with the momentum and see where it takes me. Tomorrow will be another tough day but I’ll re-group and go forward.

“There are so few opportunities at this event, the guys behind the top eight are like a pack of wolves itching to get into those spots and take the opportunities when they appear.

“I’ve had big win but not been able to follow them up before. I’ve only made one semi-final in one of these big tournaments before but hopefully I can keep progressing and see where tomorrow takes me.”

Unseeded Selby will now face fifth seed Mohamed Elshorbagy for a place in the semi-finals after the world No 6 from Egypt beat Dutchman Laurens Jan Anjema, ranked 12 places lower, 11-7, 11-6, 11-8.

“I like playing on this court but I can’t get over confident and I have to make sure that I focus on what I have to do on court,” said the 22-year-old from Alexandria, who was a surprise finalist in last year’s PSA World Championship at the same venue.

“Hopefully I can keep that momentum going now. I knew my body wasn’t going to be 100 per cent ready in the first round but I was fully there mentally. I was expecting myself to be a little off key and the longer the game went on the more accurate and I got and I was pleased that I managed to push myself mentally that way and I’m proud of pushing myself through that and I certainly feel up for it now.”

There was another significant upset earlier in the day when unseeded Egyptian Karim Abdel Gawad pulled off a shock 11-9, 5-11, 11-9, 9-11, 12-10 victory over eighth-seeded compatriot Tarek Momen. “I’m very pleased with my performance,” said the world No 22 (pictured above, right, with Momen) after his 82-minute win, his first over former world No 10 Momen. “I was expecting a very tough match – we have played many times in practice over the years and he is a top 10 player in the world so to win is very pleasing.

“This is I think my first win over a top 10 player and I hope to be in the top 10 myself soon so to beat a player like Tarek is a great achievement for me,” added the 22-year-old from Cairo.

There will also be Egyptian interest in the other half of the draw where sixth seed Amr Shabana takes on England’s No 3 seed Nick Matthew in a mouth-watering quarter-final between two former world number ones.

The world No 2 from France will now do battle with top-ranked Spaniard Borja Golan, the seventh seed who beat England’sTom Richards 11-6, 11-7, 12-10. 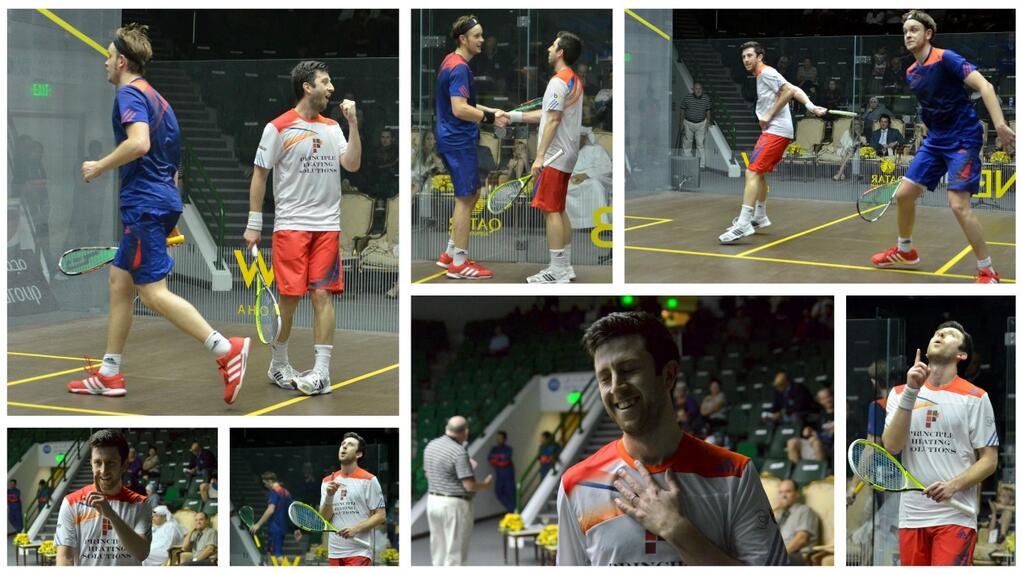