WSA will bounce back in 2014 promises Nicol

Guest Contributor December 3, 2013 No Comments on WSA will bounce back in 2014 promises Nicol 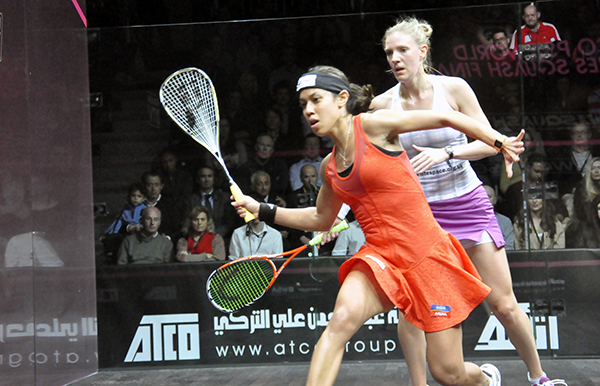 World number one Nicol David has called on the Women’s Squash Association (WSA) to focus on the long-term, rather than the short-term, when negotiating tournaments in the future.

The WSA has come under-fire recently after the World Open was scrapped from this year’s calendar and while the event could be rescheduled for early next year, time is running out to secure sponsorship.

The recent announcement that the World Series Finals has been postponed indefinitely has also added fuel to the fire, but David is optimistic 2014 can signal the return to normality for players and organisers.

“What happened with the Women’s World Open was that even though there was a lot of interest initially, a lot of companies and sponsors pulled out at the last minute,” David explained.

“That put the WSA in a lurch as they had to scramble to find the next organisers and sponsors and ultimately everything was just too late.

“I know there are many who say that the failed Olympic bid made sponsorship harder to get but, in reality, it’s a combination of many factors. For a start, we do not have a full-time Tour director and that causes a few logistical difficulties.

But if there’s one thing that I’m sure of, it is that we will want to mark down our calendar for the long-term, meaning securing the dates for the next five years, for instance, instead of on a yearly basis.

“Everything, however, is still at the discussion stage and all I know it that this has been a difficult, frustrating and disappointing time for the players.

“But there are signs that next year will be better, with a few tournaments already on the calendar, as well as the Commonwealth and Asian Games and the Women’s World Teams to look forward to.”

The 30-year-old has won seven World Open titles in her illustrious career and with her dream of competing in the Olympics seemingly over, the Malaysia star is now targeting a first  World Open title on home soil.

“Penang has always been interested in hosting it [The World Open], which is great for players from the island, namely (Low) Wee Wern and me,” added David.

“But that’s all still in talks and I don’t think it’s right to put the government in a spot. But we’ll see what happens and we’ll all play our part.”

Malaysia last hosted the Women’s World Open in 2004, where David lost to Natalie Grinham in the semi-finals.

For now, though, the 30-year-old will be hoping to end  2013 on a high when she opens her campaign against Sam Cornett at the year-ending Hong Kong Open tomorrow.