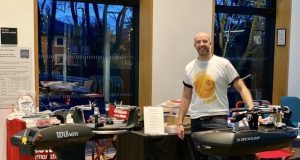 Part 1: Meet Jon Sharpe, coach, captain, dad and top stringer  By ROSANNA RADLINSKA-TYMA – Squash Mad Correspondent Following the excellent article by Joe Magor in 2013 about Greg Gaultier’s rackets, and how softly they were strung, I came up with the idea to write something about stringing in general as it is very important [...]

The Big Interview: 11 points with Mohamed Abouelghar and the team behind his rise up the rankings 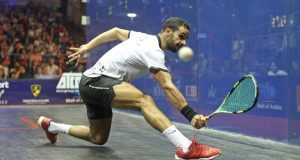 Wael El Hindi and an international support team give Abou the edge  By ALAN THATCHER – Squash Mad Editor Mohamed Abouelghar came very close to a surprise win over Karim Abdel Gawad in the recent PSA World Series Finals in Cairo. It was a quality performance from the 25-year-old, showing just how much he has [...] 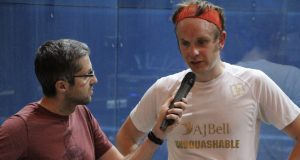 France holds special memories for Marksman James Interview by Jérôme Elhaïk – Squash Mad Correspondent After having had a tough run (with two five-game matches), James Willstrop could only keep up with Grégoire Marche for one game in the 5R Montpellier Métropole Open final last Sunday. Nevertheless, the tall Englishman was able to display his [...] 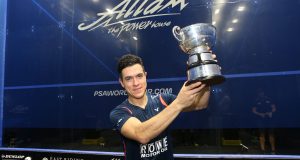 ‘Being in the history books is an amazing feeling after a lifetime of training and travelling’ Interview by SEAN REUTHE Ahead of next week’s Allam British Open, Colombia’s Miguel Rodriguez says that he is heading to Hull with the aim of retaining the title he won in stunning fashion 12 months ago. The 2019 edition [...] 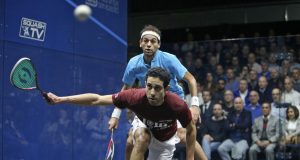 ‘I grew up watching the great legends of the game at the Pyramids’ INTERVIEW by ALAN THATCHER – Squash Mad Editor Tarek Momen, runner-up at Canary Wharf last season, is back this year aiming to go one better. In this insightful interview, he talks revealingly about his amazing Egyptian rivals, his delight at another major [...]

James Willstrop warms up for a Classic encounter at Canary Wharf 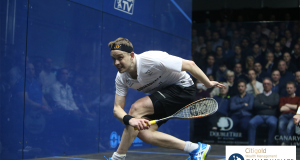 From best of seven to best of three, Willstrop loves innovation at Canary Wharf By ALAN THATCHER  James Willstrop is one of the most experienced players on the PSA World Tour. At 35, he has travelled round the world many times and amassed an incredible knowledge of the game. While admitting to being something of [...] 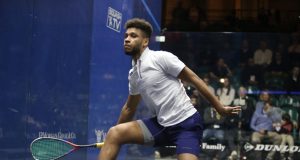 ‘The reason I became a squash player was because of Canary Wharf’ By ALAN THATCHER – Squash Mad Editor Two of England’s rising stars, Josh Masters and Richie Fallows, will clash in the Wildcard Challenge at the 2019 Citigold Wealth Management Canary Wharf Squash Classic next week. The prize for the winner is a place [...] 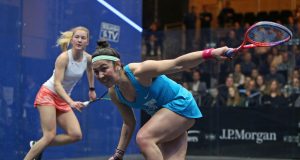 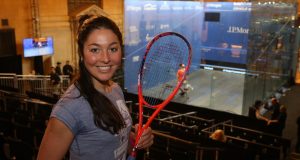 11 Points with Amanda Sobhy: ‘Being out injured gave me the chance to rebuild my game and come back hungry to improve’ Interview by ALAN THATCHER – Squash Mad Editor On the eve of the Tournament of Champions, US No.1 Amanda Sobhy has announced a switch to Head Rackets. In a no-strings-attached interview, Amanda explains [...] 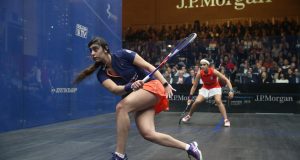 ‘We need more tournaments with unique venues like this’ By SEAN REUTHE Two-time J.P. Morgan Tournament of Champions winner Nour El Sherbini says that she is looking forward to appearing at one of the most unique locations on the PSA Tour as she begins her title defence later this week at New York’s Grand Central [...]

Amanda Sobhy ‘back at full force’ as she plans for ToC 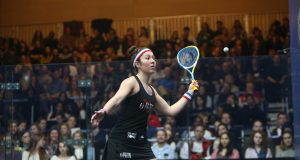 ‘Making my comeback after injury at Grand Central was an emotional rollercoaster’ By SEAN REUTHE  United States No.1 Amanda Sobhy will return to New York’s Grand Central Terminal next week as she competes for the J.P. Morgan Tournament of Champions, PSA Platinum title – and the 25-year-old says she’s back at full fitness as she [...]

Simon Rösner ready to get back on track for ToC 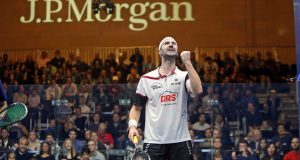 ‘It was the greatest year of my life’ By SEAN REUTHE Germany’s World No.3 Simon Rösner will kick off the defence of his J.P. Morgan Tournament of Champions title on Friday January 16 as he makes his first PSA Tour appearance since the birth of his son, Liam. Rösner made history last January as he [...] 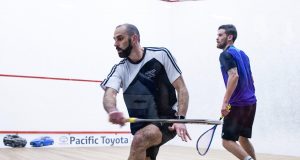 Aussie pro turns to coaching but still loves the challenge of playing rising stars Interview by ALAN THATCHER – Squash Mad Editor Australian Steve Finitsis is enjoying his “retirement” from the PSA World Tour, heading back home to the northern outpost of Cairns to rejoin family, friends and team up with his old squash coach. [...] 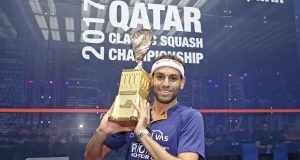 ‘I have reached six finals in six years; I always feel at home on that court’  By SEAN REUTHE  World No.1 Mohamed ElShorbagy is relishing the prospect of defending his Qatar Classic title between October 27 – November 2 and says that he feels at home at the Khalifa International Tennis & Squash Complex after [...]

Interview: Olivia Blatchford-Clyne aims to hit the Heights in her home town of Brooklyn 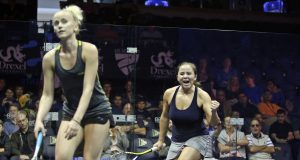 ‘I keep coming back because the Weymuller embodies everything good about women’s squash’ By PAULINA ROJEK – Squash Mad Correspondent Brooklyn-born Olivia Blatchford Clyne (note the new hyphen and double-barreled surname) is looking forward with extra anticipation to next week’s Carol Weymuller Open at the Heights Casino in her home patch of New York City. [...]