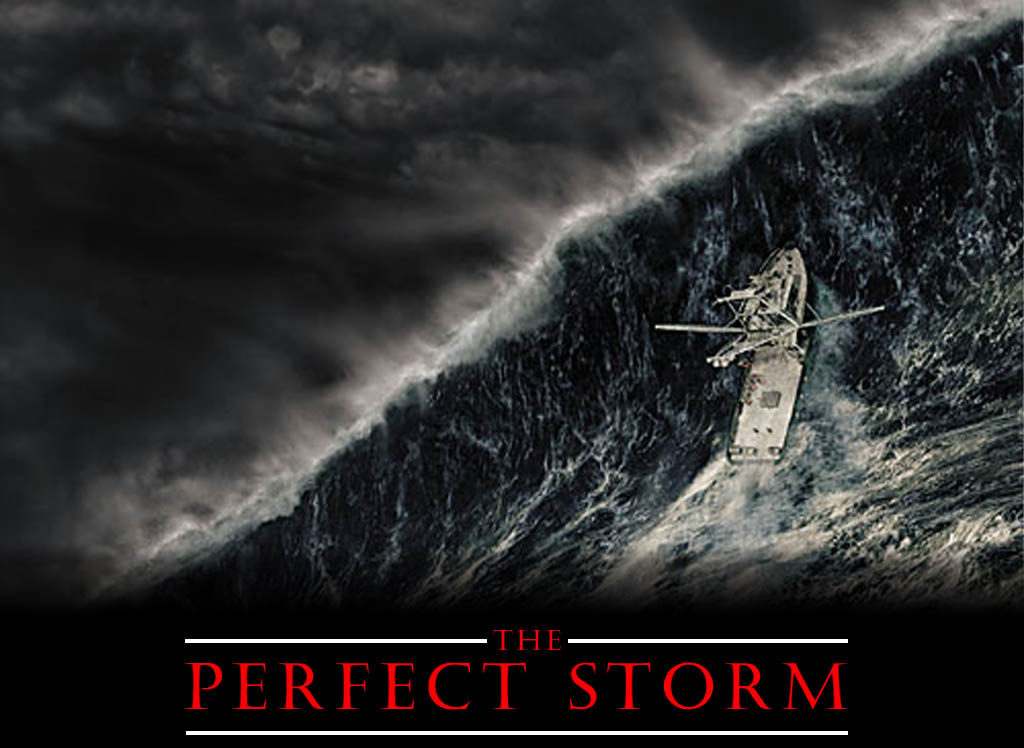 “All great changes are preceded by chaos.” – Deepak Chopra

Every so often a perfect storm manifests itself. When it does, those in its path must first scramble for survival and then, if they are lucky enough to survive, they must put back together the pieces of their lives.

Occasionally when this happens, the rebuilt version is a more complete, more worthy, more thoughtful evolution of the pre-storm situation. Particularly if the people doing the rebuild think things through carefully. So let’s examine the wreckage of our game after the past few weeks:

And now, Pakistan, once the greatest squash nation on the planet has seen its collapse from the heights and its reputation descend even further with the news that their juniors have been banned from the British Junior Open – just weeks after the Pakistan Junior Open was cancelled because of widespread cheating from players lying about their age. How much lower can the game sink?

This, I would suggest is the epitome of a perfect storm.

As with any storm, however, light does shine through in places: US Squash has led the way with equal prize money for men and women. The PSA stood up and declared its support for this forward-thinking maneouvre, as did leading players such as Nick Matthew and James Willstrop.

There is possibly more healthy discussion about the sport than ever before and all interested parties are putting serious thought into the way forward. The AJ Bell World Championship was a marquee event and, the problems with drug testing notwithstanding, was an unmitigated success. Is the storm coming to a close?

Hard to say. If we see more of the Golan versus Gaultier type of match then it is difficult to see an end. What is needed is firm leadership. But who has the combination of respect, understanding, authority and power to help squash pick up the pieces?

Will the interested parties simply stand by and allow their understandable self-interest as they struggle to survive to be the determining factor?

Currently the most visible portion of squash is the televised portion and mainly the PSA at that. Here we have a problem. The players are mainly young, ambitious, physically and technically elite almost to the point of superhuman capacity, with limited experience of deductive reasoning.

The world’s leading squash players are capable of making automatic decisions at light speed, that few other human beings are capable of , and yet few of them, in my humble opinion, are actually aware enough of precisely how they do what they do to be able explain the logic of the game of squash.

The majority of the conscious, audible comments and opinions that we hear are based on gut feeling or even on advice given and received in the past but not deeply analysed, or frequently are the opinions of sheer domineering personalities attempting to force their opinions on others.

One or two players, such as James Willstrop, have taken time to reflect, but even here there is little interest or opportunity for players to take time to help the game evolve.

And, of course, one might ask why should players like James or his peers try to contribute toward the evolution of the game? It’s hard enough for them just to train and play.

So what is to become of squash? How do we build something better from this wreckage.

I have some suggestions. But these suggestions need to be deeply considered and not simply given a peremptory glance and then cast aside. If a thing is worth doing it’s worth doing well. In my opinion the problem is that we don’t currently have a cohesive leadership that can effect real change for good.

I am a very small voice, but I am a voice and some of what I have to say has the support of a number of other small, but thoughtful voices. I do not say for a moment that my suggestions should be adopted in a wholesale fashion.

I do think that they should be considered, along with those of others who take the time to think through what they are saying and who have spent years and years in developing those thoughts. First – all parties need to spend some time considering the logic of the game. And not just a few minutes in passing. Long hours of serious exploration.

To survive means to succeed. In conclusion, the saying goes ‘Cometh the hour, cometh the man.’ I submit that our hour is indeed come. Who will step up to clear the wreckage and lead us into a bright new day? Or will those that have the ability to affect change simply wait and see what happens.

Sometimes we need to take courage in both hands and plough on forward. Who will take up the cause of Squash’s future?