Lee Horton November 26, 2013 No Comments on Ramy hammy fixed and he’s fired up for Hong Kong 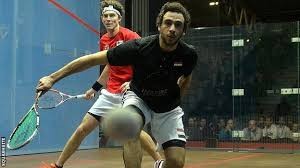 WORLD number one Ramy Ashour has recovered from the hamstring injury that wrecked his World Championships dreams and is aiming for a return to winning ways in Hong Kong next week.

“My injury rehabilitation has gone well over the past few weeks and I am feeling fit and confident and hopefully I will be able to play to my best in Hong Kong,” admitted the Egyptian star.

Ashour was forced to withdraw from last month’s World Championship in Manchester due to a hamstring injury, which also ruled him out of the 2013 Qatar Classic. But he is relishing the chance to defend his 2012 Cathay Pacific Sun Hung Kai Financial Hong Kong Open title.

“The Hong Kong Open is one of the most important tournaments on the PSA World Tour and an event that all players look forward to,”  added Ashour.

“Every single player in the competition will be fighting their hardest to win that trophy, especially as it is the last World Series event of 2013, and I am really looking forward to defending my title.

“Playing at the Harbour in Hong Kong is very special and I will give it everything to return there and compete for honors once again.”

The men’s draw has been revised following the withdrawal of England’s world number seven Peter Barker (pictured right), still recovering from the injury that forced him out of the World Championship in Manchester. Spain’s Borja Golan moves up to eighth seed.

The event takes place from December 03 – December 08 with all the action broadcast live on PSA SquashTV.