Nicol David rap at treatment of women at Brit Open

Why are we not playing on the show court says world number one World number one Nicol David of Malaysia has heavily criticised the British Open organisers’ attitudes to the women’s game after being made to play her opening match on conventional plaster courts a mile from the main arena. David played well enough in [...]

Vive le France as both Gregs power into round two 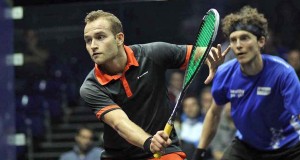 Gaultier and Marche on the march as French duo stake their claim French duo Gregory Gaultier, the World No.1, and Gregoire Marche, the World No.33, led the way during day two of the Allam British Open at the KC Sports Arena in Hull as they progressed to the second round of the prestigious PSA World [...] 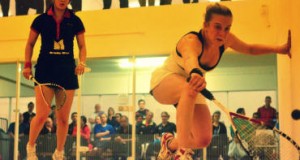 World finalist Nour falls in four as Emma delivers first round upset By STEVE BOBBINS – Squash Mad Chief Reporter Nour El Sherbini, the 18-year-old Egyptian squash prodigy who last month was within a couple of points of becoming world champion, was sent crashing out in a controversial first round of the British Open today. [...] 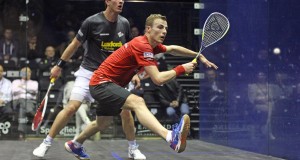 Nick Matthew off to a winning start at British Open 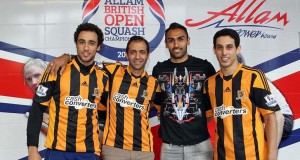 Hull of a night as squash stars meet Tigers

FA Cup finalists turn up to watch the British Open action on court By SCARLETT SMITH – Squash Mad British Open Reporter Hull City’s most famous faces were on show at the Allam British Open as the opening day of [...] 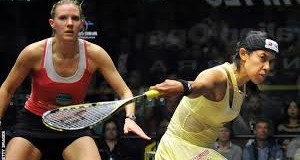 Massaro believes she has formula to reign again

Champ Laura plotting a repeat win but knows Nicol David will be tough By HOWARD HARDING – Special correspondent The world’s top two women squash players are expected to go head-to-head in the final of the Allam British Open for [...] 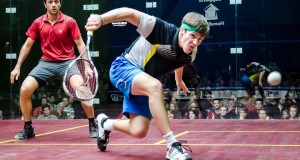 Exclusive: Technical transformation under David Pearson gives Simmo the angles to attack  By MIKE DALE – Squash Mad International Correspondent The British Open draw hasn’t been kind to Chris Simpson, but the Guernseyman heads into his first round clash against [...] 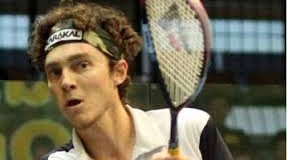 Big-banging Aussie clocks up 176 mph raising the bar by…ONE Big-hitting Aussie Cameron Pilley broke his own world speed record tonight smashing a squash ball at an amazing 176 miles per hour. It increased the world’s best by a single [...] 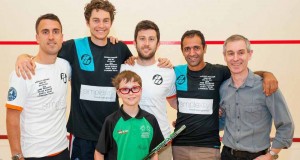 Shabana stardust on a magical night in England

The Maestro thrills as PSA stars launch charm offensive before British Open  Amr Shabana, the Maestro of squash, came, saw and conquered everyone at his first-ever exhibition event in England last night recruiting a whole new legion of fans left [...] 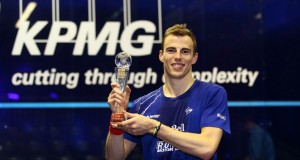 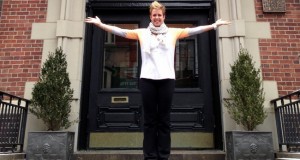 Ex-England captain runs thriving junior program in the Big Apple When the time comes to hang up the racket from the professional tour it can be exciting and also daunting going into the next chapter of your life. Going from [...] 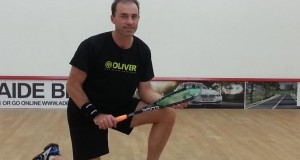 The Aussie squash star who loves the roaring 40s

A word of advice: Don’t wake the Moose By KIM SCHRAMM – Squash Mad Australian Correspondent When you’re a talented teenager you aspire and strive to become the very best. Nothing stops your enthusiasm. You have all the energy in [...] 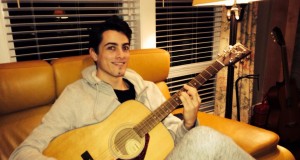 Interview: Joe Lee gets in tune to wile away the hours on tour

Surrey star Joe chills out away from court with a keyboard and a guitar   Interview by JOEL DURSTON – Squash Mad London Reporter Life on the pro squash tour can be a solitary and draining experience, so many players [...] 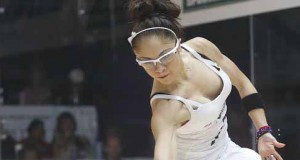 Cover girls who give squash and racquetball a massive profile By FREDDY RAMIREZ – Editor of Restrung Magazine   I just want to point you to a thread of some similarities that can speak tons about what both Racquetball [...] 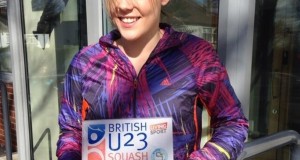 British Under-23 champion to concentrate on growing junior squad at Chapel Allerton  By MIKE DALE – Squash Mad Correspondent Former European junior champion Carrie Ramsey has retired from the WSA Tour at the age of 23. Leeds-based Ramsey has taken [...]