‘Every death is a tragedy, but some are close to home’ By HARRY LEITCH – Squash Mad Special Correspondent and NHS Hero Scottish international Harry Leitch was one of the stars of the 2014 Commonwealth Games in Glasgow as he and team-mate Alan Clyne reached the semi-finals of the men’s doubles. Watching Harry hammering crosscourt [...] 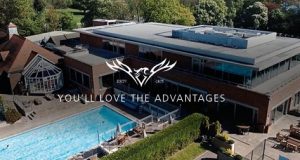 “The very future of squash in the UK” is in play … By JAMES ROBERTS – Squash Mad Reporter It has now been just over two weeks since Boris Johnson announced ‘lockdown’ style social distancing measures in the UK to fight the spread of COVID-19, which of course meant that squash clubs up and down [...] 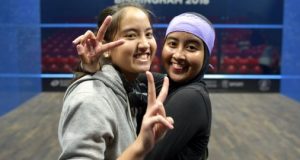 Final hopes of glory dashed for Aifa By KNG ZHENG GUAN – Squash Mad Correspondent The cancellation of the WSF World Junior Championships is a huge blow for junior squash players all over the globe. The World Juniors, which was due to be held in Gold Coast, Australia from July 19-30 was called off by [...] 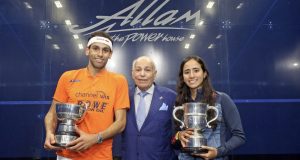 British Open and PSA World Tour Finals aiming for new dates later this year / PSL cancelled By ALAN THATCHER and SEAN REUTHE The Allam British Open, one of the crown jewels of the squash calendar, is one of the [...] 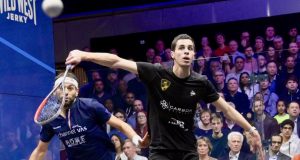 Rankings to be frozen during World Tour suspension By SEAN REUTHE – Squash Mad Correspondent Egyptian duo Mohamed ElShorbagy and Raneem El Welily will stay at the summit of the PSA men’s and women’s world rankings until the Tour resumes. [...] 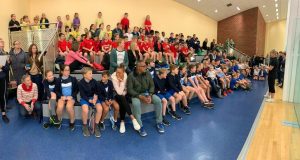 ‘No work, no pay, but busy creating new resources for squash’ By ALAN THATCHER – Squash Mad Editor Squash players who face several months with zero income are being helped by the PSA to claim compensation from their governments. Coaches [...] 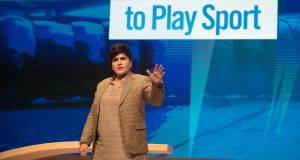 MTF volunteers hand out aid parcels in homeland where she received death threats By ALAN THATCHER – Squash Mad Editor Life, in many ways, has turned full circle for Maria Toorpakai, the Pakistani squash player who suffered death threats from [...] 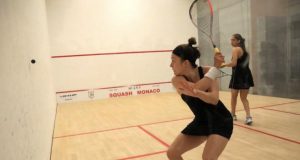 ‘We will make it a memorable stay for delegates’ By HOWARD HARDING – Squash Mad International Correspondent The 2020 World Squash Federation Annual General Meeting will be held in Monaco for the first time following a decision made at the [...] 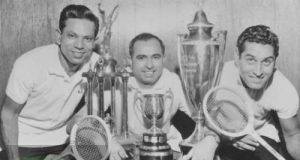 Azam was silent, meticulous and ruthless says Jonah By ANDREW SHELLEY (World Squash Library) In the days before the World Open it was the number of British Open titles that was the benchmark by which a squash career was judged. [...] 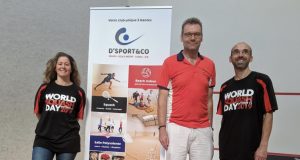 How one club in France is fighting to survive the COVID-19 storm By JAMES ROBERTS – Squash Mad Reporter During my trip to the Open de France in Nantes last year, I wrote several blog articles on Squash Mad about [...] 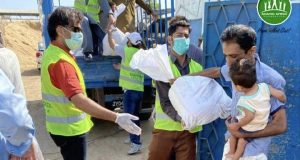 Coronavirus: Jahangir Khan leads the way as squash rallies round to help communities

JK on the front line to get aid through in Pakistan By ALAN THATCHER – Squash Mad Editor Jahangir Khan, the greatest player in the history of squash, is helping to distribute aid parcels to families in Pakistan in response [...] 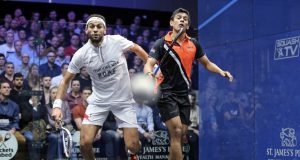 ‘People will be more keen to play than ever once normal life returns’  By GEOFF BEW – Squash Mad Correspondent The PSA World Tour is unlikely to resume this season due to the coronavirus, says one of the world’s top [...] 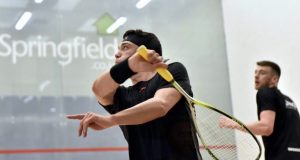 No return to Harvard but life goes on for Crouin By ALAN THATCHER and JEROME ELHAIK Squash in France is on lockdown because of the Coronavirus. But that hasn’t stopped French players Baptiste Masotti and Victor Crouin, ranked 41 and [...] 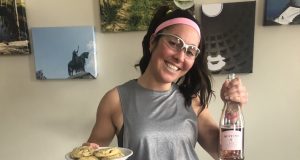 ‘After my injury I’m a master at being OK with not being able to play squash’ By ALAN THATCHER – Squash Mad Editor Amanda Sobhy, the US No.1 and world No.8, is keeping busy staying fit and living life to [...] 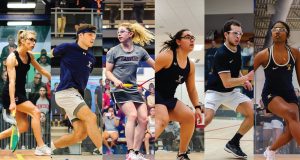 Cavaliers trio first nominees from UVA By College Squash Reporters The College Squash Association (CSA) presented the 2019-2020 All-America teams on Tuesday. The All-America selections have exhibited the highest standard of college squash excellence both during the regular season and [...]