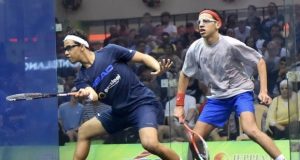 Cairo pair make their mark in PSA events By HOWARD HARDING – Squash Mad International Correspondent Players from Egypt and Malaysia share the No.1 positions in the inaugural WSF and PSA World Junior Rankings revealed today by the World Squash Federation and Professional Squash Association. The August Under-19 rankings are headed by Egyptians – Cairo [...] 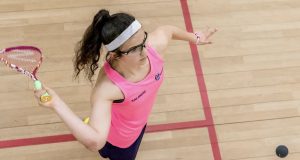 Young stars to showcase squash in Argentina in October By HOWARD HARDING – Squash Mad International Correspondent Thirty six young squash players from 27 nations spread across the globe will experience the sport’s first taste of Olympic competition at the Youth Olympic Games in Argentina in October. Squash has been chosen as a “showcase” sport [...]

May 27, 2018 Howard Harding Growing the game, News, Squash Around The World 0

World Masters heads to Poland in 2020 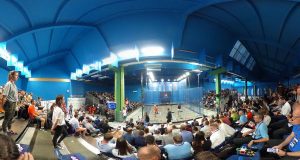 PSA to team up with Olympic Channel 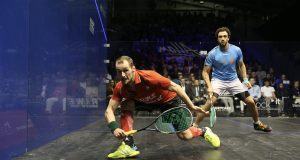 Squash the latest of 65 sports to partner with Olympic Channel By ELLIE MAWSON   The Professional Squash Association (PSA), in collaboration with the World Squash Federation (WSF), has reached a cooperation agreement with the Olympic Channel in a partnership that will see all three organisations collaborate on content for the multi-platform global media destination. [...] 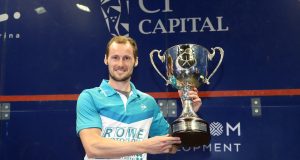 ‘I’m on my way back and still want to play for a few more years’ By ELLIE MAWSON   French World No.3 Gregory Gaultier says that he is almost back to full fitness as he prepares to defend his title at the El Gouna International, PSA World Series tournament between April 20-27. The 35-year-old will [...] 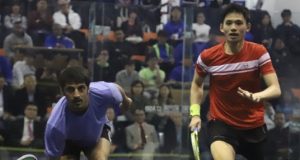 Superb venue in Korea By HOWARD HARDING – Squash Mad International Correspondent   Hong Kong China claimed both the men’s and women’s titles in the Asian Squash Team Championships for the first time in the event’s 37-year history in the 2018 championships in Cheongju in the Republic of Korea. The 19th staging of the biennial [...] 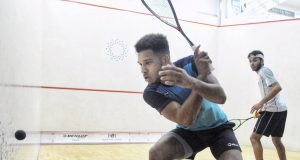 Simpson meets Masters in qualifying finals By ALAN THATCHER and DAVID HURST   Richie Fallows edged past young English rival George Parker to book a place in the qualifying finals of the Squash Squared Wimbledon Club Open, which has this year raised its status to a $35,000 event on the PSA World Tour. Fallows led [...] 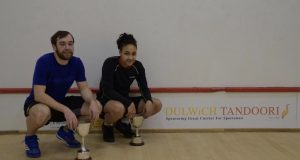 Quality squash and capacity crowds at Dulwich By TIM GARNER   The 2018 edition of the Dulwich Open sponsored by Dulwich Tandoori saw new winners engraved on the trophies as the club once again witnessed some high quality squash. Top seed and World no.76 Angus Gillams was in ruthless form as he swept through the [...] 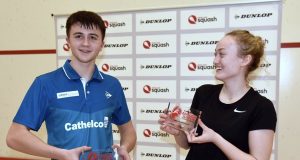 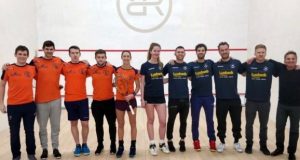 Willstrop loses but Pontefract climb By STEVE CUBBINS   With Clubs having just two or three League matches to play before the semi-final places are decided, Round Eight had the potential to produce some pivotal results, and while little was decided for certain, it was a night of high drama at Nottingham and St George’s. [...] 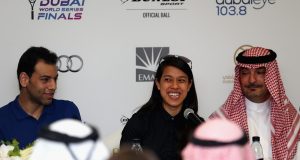 Ziad Al Turki pledges focus on participation in Saudi sport By HOWARD HARDING – Squash Mad International Correspondent   Saudi Arabia will participate in a World Team Squash Championship for the first time when a team from the Arab state competes in the 2018 WSF Men’s World Junior Team Championship in India in July. The [...] 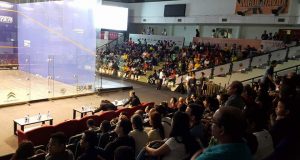 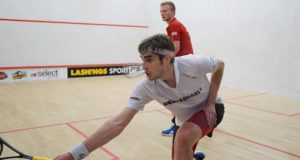 New women’s event boosts popular Aberdeen tournament By MIKE HEGARTY   2018 will be the fifth anniversary of the TRAC Oil & Gas North of Scotland Open. This year it’s extra, extra special as for the first time we’ve been able to add a Ladies PSA W5 to our programme alongside the Men’s PSA M10. [...] 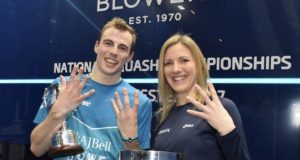 Best of British in Manchester By ALAN THATCHER   Nick Matthew and Laura Massaro have been named as top seeds by England Squash for next month’s Dunlop British National Squash Championships to be staged at the National Squash Centre in Manchester from February 15-18. Joining the defending champion and record nine-time champion Nick Matthew in [...]

Rooney and Turmel win British U-23 titles at Roehampton 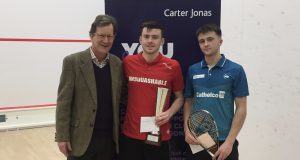