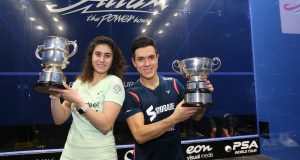 Stars head to Hull in May By SEAN REUTHE Tickets are on sale now for the 2019 Allam British Open, with the best squash players in the world set to appear at the University of Hull Sports and Fitness Centre between May 20-26. The British Open is the sport’s longest-running and most established tournament [...] 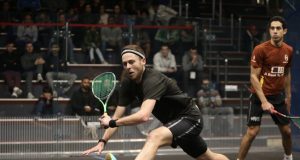 Prize money more than doubles to $52,000 By ELLIE MAWSON The main draw for February’s Three Rivers Capital Pittsburgh Open has been released with Australia’s World No.14 Ryan Cuskelly and Switzerland’s World No.18 Nicolas Mueller seeded to meet in the final of the PSA World Tour Bronze tournament, which will take place between February 6-10. [...] 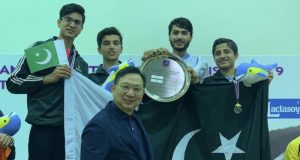 India fall in final after shock win over Malaysia By HOWARD HARDING – Squash Mad International Correspondent Favourites Pakistan and Malaysia triumphed in the men’s and women’s finals of the 19th Asian Junior Team Squash Championships at the Squash Centre in the Ambassador City Jomtien in Pattaya, Thailand. After overcoming Hong Kong China in the [...] 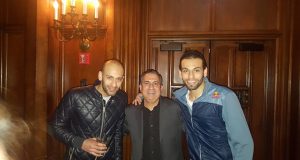 Sales deal for World Champs and North American territory By ELLIE MAWSON The Professional Squash Association (PSA) have signed a partnership with Chicago-based retailer Squash Pro Shop, Inc which will see them become the PSA’s Official North American Retailer. As part of the agreement, Squash Pro Shop will also be the Official Retailer of the [...] 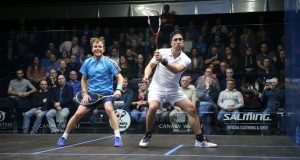 Company sides bid for glass-court glamour By ALAN THATCHER The first round of the Citigold Wealth Management Corporate Squash Challenge has concluded with the Citi ‘A’ team playing a starring role as they upset 5/8 seeds FCA to reach the last 16. Elsewhere in the draw, ex-World No.5 Peter Barker couldn’t help his Tradition side [...] 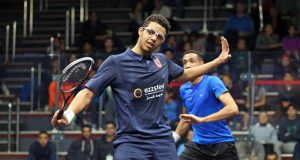 Asal aims to retain boys’ under-19 title  By DONNA HELMER  The finest juniors from around the world will descend on Birmingham, England for the 93rd edition of the Dunlop British Junior Open, with Egypt and Malaysia dominating the 2019 draws after the seedings were finalised yesterday. More than 750 girls and boys representing 50 nations [...] 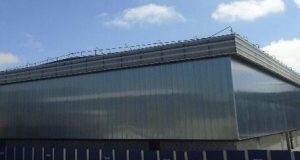 University courts will be ideal hunting ground for iconic Masters titles By DONNA HELMER England Squash and England Squash Masters have announced that the 2019 British Open Masters Championships will be played alongside the Allam British Open in Hull from May 20-26. The move follows the £16 million redevelopment of the University of Hull sports [...]

November 28, 2018 Alan Thatcher Growing the game, Squash Around The World 0 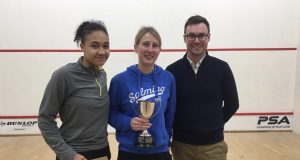 Experience triumphs over youth at Wimbledon  By PHIL RUSHWORTH – Squash Mad Correspondent It was a tale of experience vs youth in this year’s finals of the Wimbledon Cup. In the women’s final, world No. 11 Alison Waters was going for her third successive title, up against 21-year-old Kace Bartley. While in the men’s match, [...] 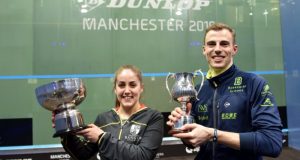 Event moves to Nottingham in February By DONNA HELMER England Squash is delighted to announce AJ Bell as the title sponsor for the 2019 British National Squash Championships to be staged in Nottingham from 12 -17 February 2019. The agreement sees AJ Bell increase its presence in the sport having previously sponsored the 2013 and [...] 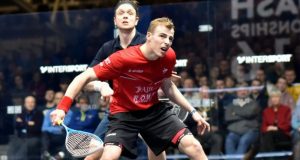 ‘I’m excited to be nurturing the next generation of players’ By FAYE ANDREWS – Squash Mad Correspondent Nick Matthew OBE, one of the most successful squash players of all time, has extended his relationship with Dunlop by signing a three-year ambassador deal. Nick, a former World Number One and three-time World Champion, used Dunlop equipment [...]

Best of British to descend on Nottingham for Junior Champs 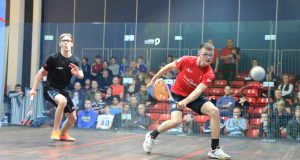 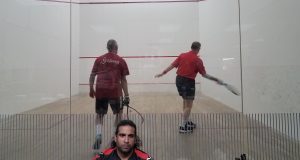 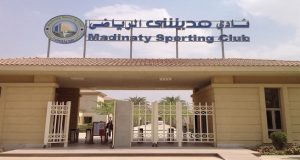 PSA Gold event suffers ‘funding instability’ By SEAN REUTHE The Professional Squash Association (PSA) has announced that the Alexandria International Squash Open, which had been postponed from September to November, has been cancelled due to funding instability. The PSA has been in close contact with the tournament organisers, the Egyptian Squash Federation and other key [...] 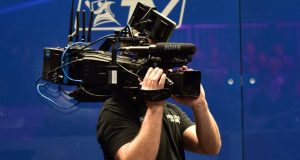 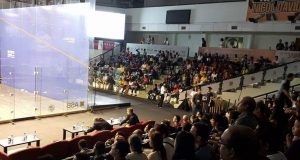