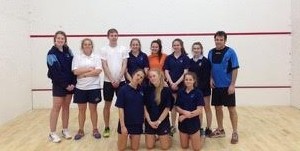 Sports culture in South Africa brings hundreds of children to the squash courts  By JOSH TAYLOR – Squash Mad Coaching Correspondent   As squash in England is reeling from the publication of the latest set of participation figures, there are plenty of lessons to be learned from a sports-mad country like South Africa. Let’s begin [...] 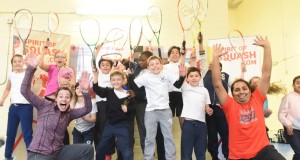 Spirit of Squash urban programme grows in London’s east end By Alan Thatcher, Squash Mad Editor Insert Urban squash programmes are firmly established in the USA. We may be a little slow to catch up here in the UK but the Spirit of Squash Academy in London is continuing to set the pace.  In a [...]

May 19, 2015 Alan Thatcher Coaching and Development, Growing the game, News, Squash Around The World 2

Where is the G-Spot in squash?

If we learn from Gregory Gaultier, maybe we should start calling it the GG-Spot By TONY GRIFFIN – Squash Mad Coaching Correspondent and Author of G-Spot Squash Let’s talk this week about a scientific question that has been around ever since the game was invented: Where is the G-Spot in squash? One of the cleanest hitters in the [...] 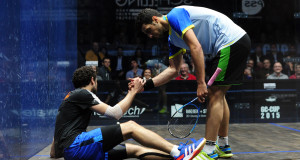 Ramy Ashour reluctantly retired, but don’t take anything away from the Big Man Omar Mosaad  By ANDY WHIPP – Squash Mad Special Correspondent. Pictures by IRENA VANISOVA    Squash Mad invited Andy Whipp (right), the former world No.64 and a member of the Benz Bavarian Duffield squad in the Premier Squash League, to take an [...]

Why Amr Shabana is king of the swingers 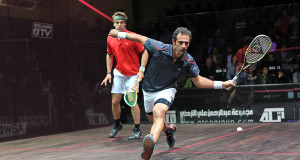 Getting the racket back as well as up is key to a clean, effective swing By TONY GRIFFIN – Author of G-Spot Squash   I have always been fascinated by what makes a good swing. Watch the truly great players, like Amr Shabana, and everything seems to flow so smoothly as he strikes the ball. Wherever he is [...]

Are you thinking when you play? 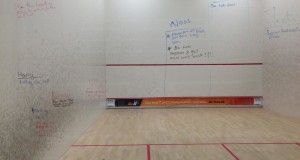 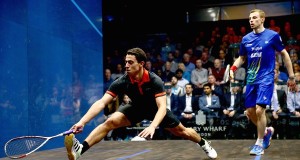 Fares has flair and fire in abundance as he rockets up the rankings By NEAL BROOKER – Squash Mad Coaching Columnist   I think its fair to say over the last year or so; anyone who follows squash will have heard the name Fares Dessouki. Fares hails from Alexandria, in Egypt, and has enjoyed an [...] 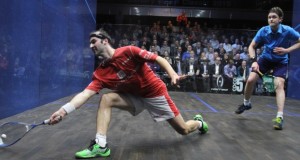 From Simon Rosner to Loughborough students, peaking at the right time can produce stunning results By JOSH TAYLOR – Squash Mad Coaching Columnist Have you ever heard the story of David and Goliath? It’s the story where adversity is overcome and the underdog triumphs. In a book written by Malcolm Gladwell, the celebrated author outlines how this [...] 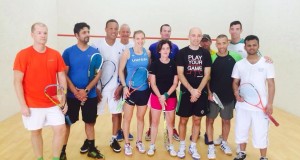 Train like a world champion at Club La Santa with Laura and Danny Massaro By Alan Thatcher, Squash Mad Editor Former world champion Laura Massaro and her husband Danny are holding a special training camp at the fabulous Club La Santa sports resort in Lanzarote from June 25 to July 2. Laura is a regular visitor and [...]

Lauren Selby is a girl on a mission 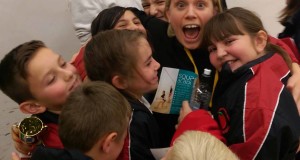 Jamie Oliver changed the way kids eat. Lauren Selby wants to do the same with sport By LAUREN SELBY – Squash Mad Guest Columnist   Off The Wall Squash head coach Lauren Selby is alarmed at the lack of PE opportunities in Primary Schools, and sounds the clarion call that she wants to do something about it. [...] 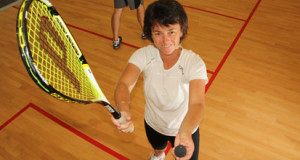 Focus on each point, shot by shot, and only think about winning when the match is over By TONY GRIFFIN – Squash Mad Coaching Columnist and Author of G-Spot Squash How many times do you hear the phrase ‘It’s all about winning’? Parents, coaches, spectators and players themselves can often cause major distractions when talking about winning. Winning [...] 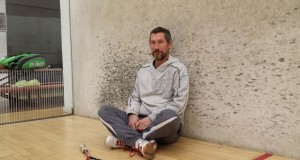 Coaching book is spot-on about joining up so many little segments that make the perfect swing By TONY GRIFFIN – Squash Mad Coaching Columnist   We are delighted to welcome squash coach and author Tony Griffin to the Squash Mad team of coaching columnists. Tony, a New Zealander based in Spain, has recently published a book with the fascinating [...]

Are coaches talking a different language? 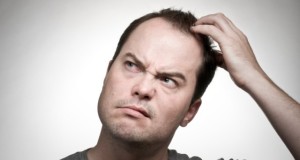 Coaches: Are you talking another language to the players you teach? By NEAL BROOKER – Squash Mad Columnist   As a squash coach and personal trainer I spend all week teaching clients and players. I have realised, from teaching the same skill to a variety of people, that to be a good teacher you [...] 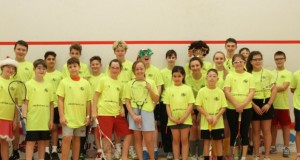 Understand the difference between inspiration and motivation (and always defuse tension with a laugh) By DANNY MASSARO – Squash Mad Coaching Columnist   Staring through the back-wall glass or from up on the balcony, the eagle eyes of the squash parent keenly observe the progress of their offspring. Emotional, practical and financial support for a child’s [...]

Nick Matthew and Nicol David driven by hunger to win 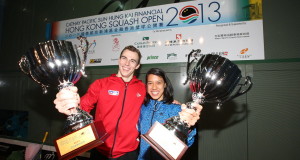 Great champions are often revered more in hindsight than when they are actually playing, especially if, in the twilight of their careers, they slip down the rankings. However, in squash, we have two magnificent, enduring champions in Nick Matthew and Nicol David. [...]