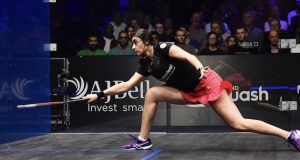 ‘We all love playing in Dubai and I’m excited about the new venue’ By ELLIE MAWSON  Egypt’s World No.1 Nour El Sherbini has insisted there is no pressure on her ahead of the season-ending ATCO PSA Dubai World Series Finals which takes place June 5-9 at the Emirates Golf Club. The Egyptian, who finished top [...] 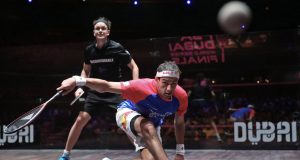 ‘I’m back on track and taking it more seriously than ever’ By ELLIE MAWSON World No.1 Mohamed ElShorbagy is hungry to defend his title and finish a strong season on a high with victory at the season-ending ATCO PSA Dubai World Series Finals – with the lucrative tournament set to light up Dubai’s Emirates Golf [...] 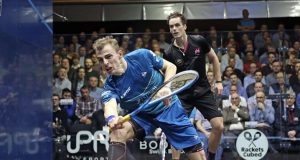 Thoughts of gold and golf, with the British Open in between and a brave new world lying ahead Interview by ALAN THATCHER, Squash Mad Editor Nick Matthew flew out with the England squad today to compete in his final Commonwealth Games, with his heart set on a third singles gold medal after triumphing in Glasgow [...] 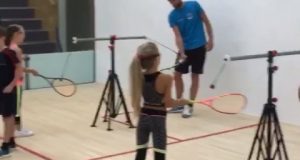 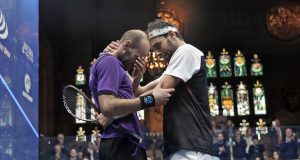 ‘Beating my brother gave me a lot of confidence’ By SEAN REUTHE   World Championship runner-up Marwan ElShorbagy will return to the scene of one of his biggest ever victories on the PSA World Tour later this week when the Egyptian competes at the 2018 Windy City Open presented by the Walter Family & EquiTrust [...] 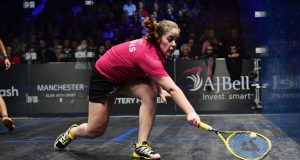 ‘I’ll just keep working hard and see where it takes me’ By ALAN THATCHER, Squash Mad Editor Tesni Evans is already the highest-ranked female player from Wales in history, having reached a career-high position of 12 in the PSA World Tour list. Her gutsy approach to this immensely challenging sport, and her readiness to accept [...] 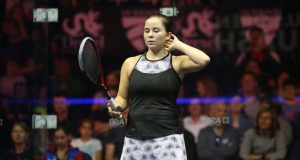 ‘Change takes time – this was a step in the right direction’ By ELLIE MAWSON   American squash number one Olivia Blatchford, World No.13, has heaped praise on the organisers of last week’s Saudi PSA Women’s Squash Masters, the PSA World Tour squash event which made history by becoming the first ever professional women’s sports [...] 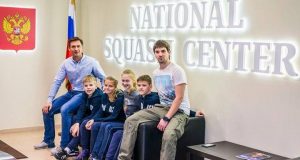 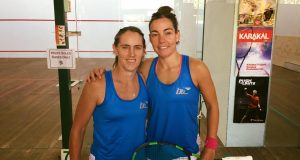 ‘If it helps just one person then it’s worth doing’ By NATHAN CLARKE   Former World No.1 Rachael Grinham and former World No.2 Jenny Duncalf have become the first active professional squash players to openly identify themselves as gay, with the pair exclusively revealing their romantic relationship to U.S. Squash Magazine in a move that [...]

Marwan ElShorbagy writes his own story 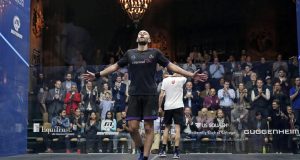 Marwan steps out of his brother’s shadow to challenge for the highest honours By ELLIE MAWSON   Ahead of his debut appearance at the season-ending PSA Dubai World Series Finals – which takes place at Dubai Opera from June 6-10 – World No.5 Marwan ElShorbagy says he is determined to build on what has been [...] 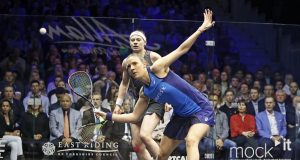 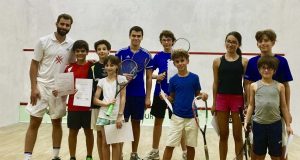 Gaultier’s golden run is down to being relaxed and confident By Alan Thatcher, Squash Mad Editor Top coach Bradley Hindle is gaining a reputation as one of the best brains in squash. He is in big demand. As well as being Malta’s national coach, he has recently launched his own academy and his growing reputation [...] 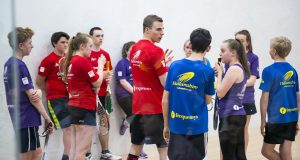 Nick Matthew Academy Masterclasses to launch in UK after PSA World Series Finals in Dubai By Alan Thatcher, Squash Mad Editor Nick Matthew is getting ready for a busy summer, preparing to star on stage at the Dubai Opera House and launching a new series of coaching camps in the UK in addition to his [...]

The Big Interview: Nick Matthew talks about his future life as a coach 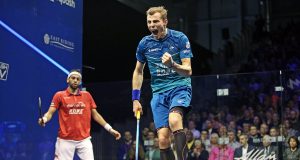 Knowledge is power for the memory man of squash as he plans for life after stellar playing career Interview by ALAN THATCHER, Squash Mad Editor Nick Matthew is enjoying a successful end-of-season flourish after making it a priority to manage his schedule carefully to peak at the right times. He has also stepped back from massive [...] 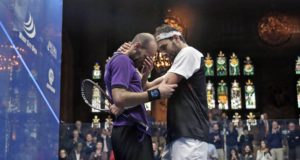